Abu Dhabi authorities have unveiled earlier plans to build a natural history museum that will display the most unique specimens of the natural world that has ever existed. Its visitors will be able to travel back in time to 13.8 billion years during which they will have the opportunity to get to know each other better and reassess the prospects for a sustainable future for the Earth. 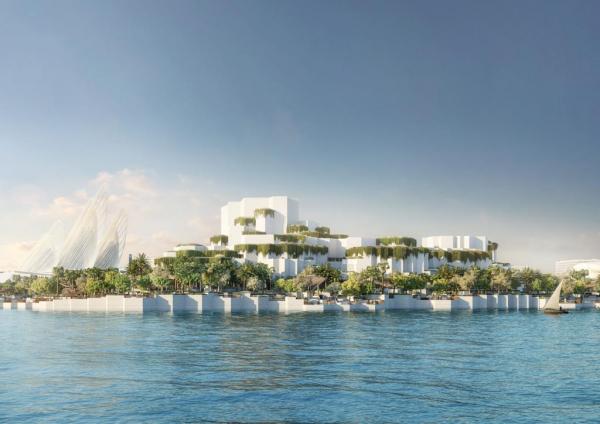 The construction of the museum is scheduled to be completed by 2025 as part of a strategy to develop Abu Dhabi's popular Saadiyat cultural district and position the emirate as a center of culture, creativity and art. Conceived and developed by the Abu Dhabi Department of Culture and Tourism (DCT Abu Dhabi) in collaboration with Miral, one of the emirate's major entertainment players, the Natural History Museum project will create the country's new research and education institution.

The main exhibit of the museum's collection will be the world-famous skeleton of a Tyrannosaurus Rex, better known as Stan, which is one of the best preserved and studied fossils of this representative of the Late Cretaceous period. In addition to Stan's skeleton, the museum will also feature a fragment of the Murchison meteorite that broke up over Australia over 40 years ago. It contains organic stardust compounds, as well as seven billion year old pre-solar grains that formed before the sun itself.

our universe through the representation of the incredible wonders of nature. We will be very happy to share our knowledge of unique natural artifacts with the whole world in order to promote further scientific development and inspire our children to protect the future of the Earth,” said HE Mohamed Khalifa Al Mubarak, Chairman of the Department of Culture and Tourism of Abu Dhabi.

The project of the museum with an area of ​​more than 35,000 square meters. m was designed by leading specialists of the architectural bureau Mecanoo in such a way that the building harmoniously complements the rocky landscape of the area, which succinctly emphasizes the main mission of the museum – to learn to understand wildlife and the world around us even deeper. It is interesting that even the facade of the museum's buildings in its form resembles living cells, as well as water and plant elements.