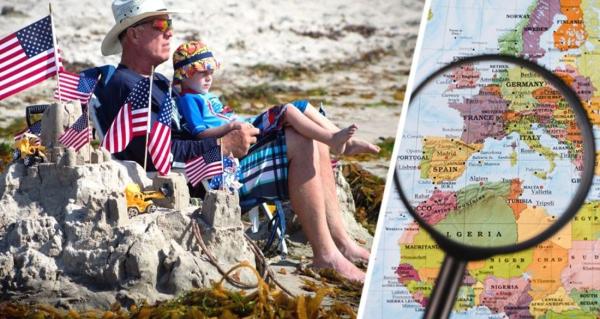 Experts from travel agencies interviewed by Travel Weekly noted high “nervousness” among American clients. According to their statements, tourists are hesitant about where and when they decide to travel this tourist season. Tourists are also nervous about the global geopolitical conflict around Ukraine, diligently replicated in the media, as well as its irreversible consequences, namely the surge in oil prices and its negative impact on the economy and the wallets of the tourists themselves.

According to the statement United Nations World Tourism Organization (UNWTO), both of these circumstances “could lead to higher transport and housing prices, supply shortages and jeopardize consumer demand and investment plans.”

“For countries such as Cyprus and the Seychelles, where tourism is one of the key pillars of the economy, its impact on people's livelihoods is a real concern, especially in the third summer of the pandemic,” experts say. Then they describe the following consequences.

Firstly, there will be even fewer tourists from the USA in Europe than last summer. American tourists may decide to avoid Europe altogether. “The markets in the US and Asia, which are now beginning to open up and are generally less risk averse, will end up being particularly affected by travel to Europe,” the UNWTO said. The economic factor will also affect here, in particular, the need to fly around Russia.

At the same time, the Europeans insist that Europe and even Eastern Europe is still safe for travel. This is stated by EASA, the EU agency tasked with keeping the skies safe for passengers. On February 24, just after the invasion, he issued a newsletter warning airlines not to fly over Ukraine, as well as parts of Moldova, Belarus and Russia. “After a few weeks, this risk zone has not been expanded, which means that there is no danger for passengers flying to neighboring countries – Poland, Slovakia, Romania, Estonia, Latvia, Lithuania and Turkey,” the agency assures. The UK Foreign Office has also not changed its recommendations, for example, for citizens wishing to spend their holidays in Poland. Despite this, there are reports of a drop in sales of travel services in Eastern Europe. Advantage Travel Partnership (the UK's largest independent travel group) said bookings to Turkey were down 23% from last week. In general, according to experts, the degree of damage caused to the tourism business will become clear only by Easter, when traditionally the peak of bookings for the summer holidays.

For those who care about a healthy lifestyle, we recommend reading: “Scientists have established , how to identify Alzheimer's disease in the eyes.