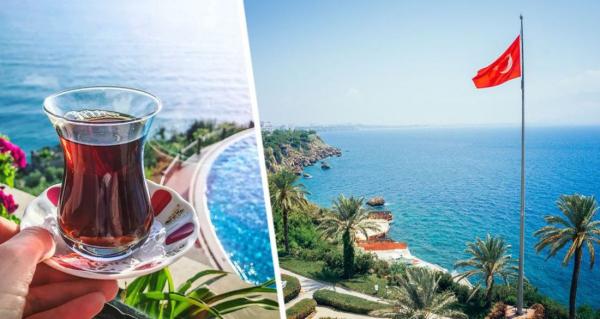 The “busiest season in recent years” was announced to the local media by representatives of the tourist industry of the resort of Marmaris. According to their estimates, only in April the number of tourists in this elite resort will approach 90 thousand people. Most of them are British tourists, as Marmaris is considered a “British” resort. However, Russian tourists also flew to the resort: Russian airlines are starting to fly to Dalaman, the capital of the Marmaris resort region.

“We expect approximately 85,000-90,000 passengers at Dalaman Airport in April. Most of them, approximately 75-80 thousand will be tourists from the UK. In general, we have high expectations for the season. In the pre-Covid 2019, Dalaman Airport received 1.7 million passengers. In 2020, it received only 430 thousand people, and in 2021 – 483 thousand people. Already this year, the number of scheduled seats this year is over 1.8 million. This is a very positive picture, these booking numbers show us that we can be even more successful than in the 2019 season,” Mustafa Deliveli voiced such positive numbers, President of the South Aegean Association of Tourist Hotels and Operators.

He also stressed that the resort sees demand from Russian tourists as well, and added separately about the start of flights from Russia. “We are waiting for the arrival of the first Rossiya airliner on April 22, about 98 people will arrive on it; the next one will arrive on April 27th. We are also waiting for about 120 thousand Russian tourists on Turkish Airlines, which were divided among the largest operators delivering Russian guests to the region. So we plan to receive 120,000 Russian tourists,” Mr. Deliveli said. He noted that, according to initial forecasts, the Russian and Ukrainian markets were supposed to “deliver” about 450 thousand tourists. “But under the existing conditions, we consider it a success to accept from 100 to 150 thousand passengers,” he added.

Note that Marmaris, located at the “confluence” between the Mediterranean and Aegean Seas, is considered one of the most elite resorts in Turkey . It was opened by the British and still remains one of the main markets. It differs from Antalya by a slightly milder climate, the temperature is usually lower by 5-7 degrees and does not reach the forty-degree heat. The picturesque bay of the city is distinguished by a four-kilometer promenade, as the locals assure – the longest in Turkey. The resort also offers tourists a rich cultural program – just a three-hour drive is the famous Pammukale with its mineral springs and waterfalls. Also nearby are the ancient ancient cities of Ephesus and Knida.

For those who care about a healthy lifestyle, we recommend reading: “The doctor named a common fruit that helps burn fat in a few days.”