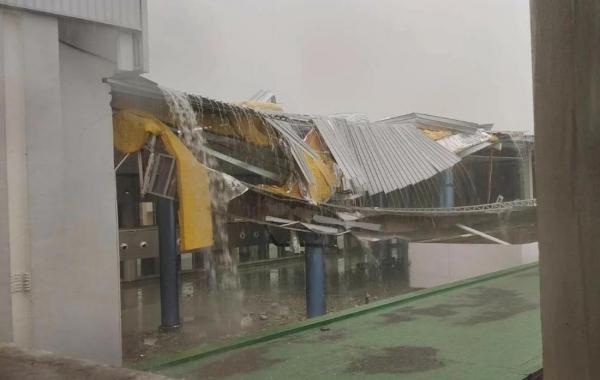 A small number of tourists made it possible to do without casualties during an emergency at Don Muang Airport in Bangkok. As a result of a thunderstorm and a downpour that hit Sunday, a roof collapsed in a newly built airport hall, according to local media. Fortunately, the hall was empty.

The details are as follows: the collapse of the roof occurred on the night from Sunday to Monday due to a strong thunderstorm. The hall itself was built a year ago. The lounge was supposed to be used as a meeting point for group tours at Don Mueang Airport Terminal 1, where most of the low cost international and some low cost domestic flights operate.

However, it was never used due to the low level of international travel during a pandemic. So the “acceptance of work” was carried out by the elements without consequences. The management of Don Muang Airport ordered a team of engineers to inspect the damage and report in detail on the causes of the collapse. Thailand's Minister of Transport ordered Thailand's airports – or AOT – to also urgently investigate the cause of the incident. So far, the preliminary report says that there was a storm and heavy rains that destroyed some structures.

For those who are important to a healthy lifestyle, we recommend reading: “Named 6 breakfast foods that destroy belly fat.”