We talk about soups from Europe, Australia, America, Asia and Africa that will help keep you warm

“Around world” offers six recipes for soups from around the world.

Miso soup is a very healthy salted broth with green onions and tender tofu, which is served in most Japanese restaurants before sushi.

Homemade miso is a great way to warm yourself up during the colder months, and it doesn't take long. Ingredients for soup can be found in large supermarkets or specialty stores: miso paste (soy), dashi broth in granules (kombu seaweed congee with tuna flakes), dry seaweed, tofu and green onions for decoration. If desired, the soup can be supplemented with seafood or fish. 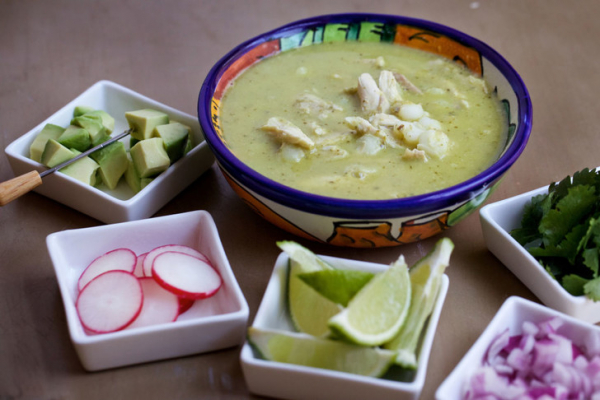 Posole, a rich stew soup, is one of the traditional Mexican dishes that can take hours to prepare. But in a simplified version, you can deal with it at home.

For cooking, you need to soak dry corn in cold water, cook the broth from the pork knuckle (in the original they use a pig's head). You will also need spices: oregano, cumin, black pepper, bay leaf, garlic, and chili pepper. Serve the soup with lettuce, radish, avocado, tomatoes and lemon cut in separate bowls.

Gumbo – a traditional American stew soup – will surprise you with an unusual combination. The recipe combines shrimp and meat sausages, and the broth is thickened with roux sauce (prepared with butter and flour) and seasoned with Creole spices. The combination of seafood and meat is complemented by a vegetable trinity: onion, celery and bell pepper.

Bouillabaisse, or Marseille fish soup, was originally prepared by fishermen from the remains of various types of fish and seafood after trading, so the dish was cheap. And today it is served even in the most famous restaurants, adding elite varieties of fish or lobsters to the recipe. Orange peel, saffron, fennel, garlic and olive oil give the broth a rich taste.

If you want to experiment with flavors, make a traditional African peanut soup. It has many variations, but is always prepared very quickly. All you need is to fry the onions, peppers, tomatoes, vegetable broth and chili peppers. Then combine everything with rice and peanut butter. Traditionally, the recipe is vegetarian, but to taste, instead of vegetable, you can use chicken or meat broth.

The hot continent is not famous for soups, but one of the recipes is still popular among the inhabitants of Australia it is pumpkin cream -soup. It is easy to prepare. Boil carrots and pumpkin in broth, add melted butter and cream, beat everything in a blender. In Australia, a set of spices is added to the tender soup during cooking: cloves, cinnamon, salt, sugar and chili pepper.