A metropolis built from scratch in just three and a half years. A city without traffic lights, the center is riddled with highways, and the “flaming Corbusier” style prevails in architecture. This is Brasilia

As far back as the 18th century, Brazilians understood that it was easier to manage a giant federation from the center of the country. It was then that the idea was born to move the capital from Rio de Janeiro inland. It was only in the 1950s that the project was implemented, when the ambitious politician Juscelino Kubicek took up the cause, promising to build a new capital before the expiration of the future presidential term in the election campaign of those years. 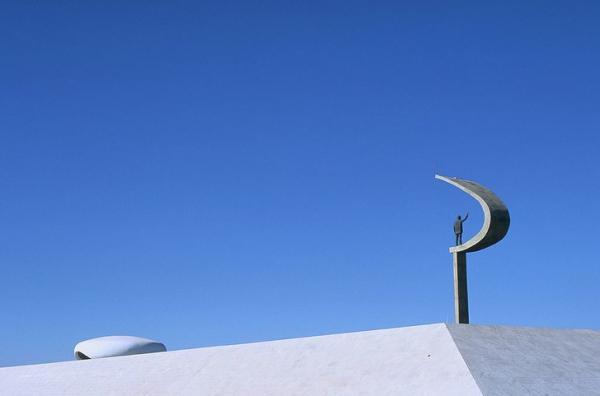 Two of the strongest Brazilian architects were responsible for the architecture of Brasilia – Lucio Costa and Oscar Niemeyer, both in love with the ideas of Le Corbusier. Thus, clear zoning and regionalization, functional structures made of glass and concrete, digital street designation and other elements of the Radiant City concept migrated from the legacy of the Swiss classic to the Brasilia project.

According to the plan of Lucio Costa, the outlines of Brasilia had to coincide with the scheme of the aircraft, where each “compartment” had its own clear purpose. In the “cockpit” there are the presidential palace, the congress building and the avenue of ministries, the “passenger cabin” – a place of accumulation of hotels, shops and banks, in the “tail” municipal institutions are concentrated, and the “wings” are occupied by residential areas, parks and gardens.< /p>

Instead of the traffic-light intersections that made Corbusier so nervous, Brasilia has built convenient interchanges and pedestrian zones that allow motorists and pedestrians to cross as little as possible. 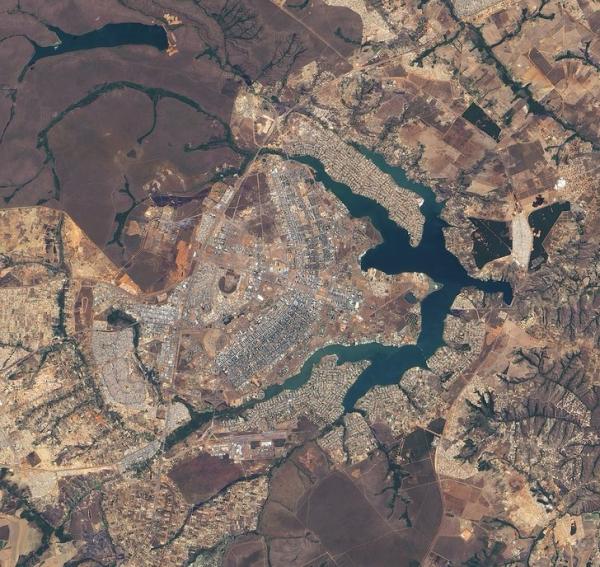 < p>And yet the world-famous look of Brasilia is the merit of Oscar Niemeyer. He filled Costa's plan with constructivist austerity but Brazilian warm architectural forms.

Niemeyer's trademark technique: to take a functional framework of glass and concrete and, with the help of expressive details, give the building the dynamics of either bossa nova or samba . Futuristic-cut columns, ladder entrances and decorative pools were used, turning any drawing on the building into a pattern.

The city was being built at an accelerated pace: the main parts of the “aircraft”, streets, highways and key buildings were created in less than four years. Thus, Kubitschek fulfilled his campaign promise, and Brazil received a new capital and a completely unique cultural experience.

Highlights of the City 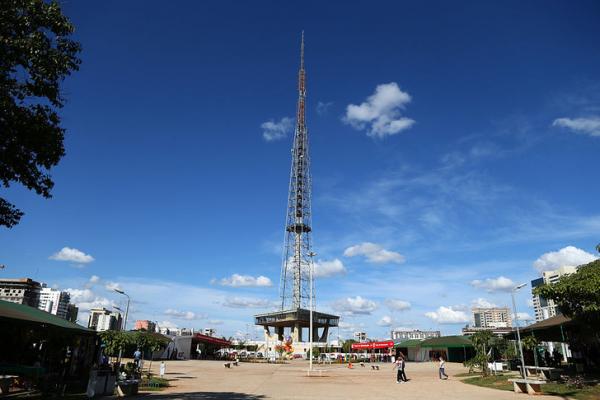 The tower itself is not a sight of the first order, but from its observation deck you can appreciate the scale of Brasilia: the remoteness of Niemeyer's masterpieces from each other and the majestic expanse of the Monumental Axis, the main highway outlining the center.

Alvorada Presidential Residence – the first building that was built in the city. Portuguese alvoradameans “dawn”. The building takes its name from Kubitschek's famous line: “What is Brasilia if not the dawn of a new day for Brazil?”

Niemeyer designed the presidential palace in a filigree way: snow-white columns of soft abstract forms frame a functional structure made of glass and concrete. And all this tropical constructivism is buried in greenery and multiplies in reflection in decorative pools.

The special pride of the residence is bright eclectic interiors. Religious canvases of the 19th century, modernist tapestries, Persian carpet and futuristic furniture can easily coexist in one hall here.

Unfortunately, only officials have access to the inside of the palace. Even the building itself is quite difficult to see from the street: the vast territory of the residence and a high fence fence off the presidential chambers from the curious.

A shock dose of the “flaming Corbusier”! Here are the palaces of the President (Planaltu), the National Congress and the Supreme Court. When designing the square, Costa and Niemeyer sought to convey the idea of ​​​​equal weight of the three branches of government: all the buildings here are built so as not to block and complement each other in composition. 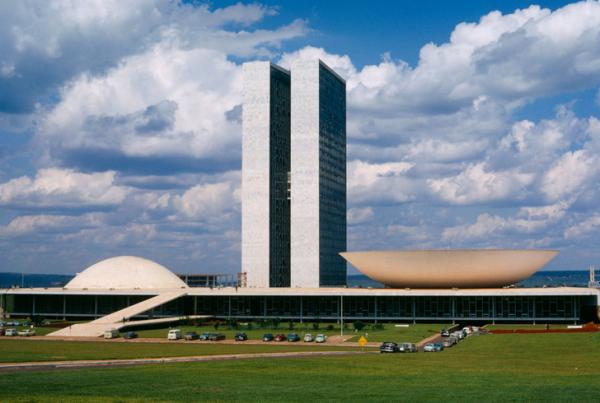 The Palace of the National Congress – the symbol of Brasilia – resembles an abstractionist sketch with the participation of a plate, a hemisphere and two skyscrapers. This construction is about the balance and equality of the two chambers of parliament, one of which occupies an office under the “plate”, and the second under the “hemisphere” (pictured).

According to the rules adopted back in the time of Kubizek, the entrance to the palace is available to all citizens of the country and even to foreigners. The building is open on Mondays, Thursdays and Fridays, and on the vast lawn in front of it every day you can catch something interesting: on holidays official processions are held here, and on weekdays rallies and pickets.

Working the presidential palace, Planalto, is in many ways similar to the residence of Alvorad: light “dancing” columns, a riot of greenery around and intricate interiors. What is especially nice – the building can be seen up close and even visited with a tour. By the way, the neighboring residence of the Supreme Court exactly copies Planalta himself. Tourists are also allowed in there, however, only a small court museum is open to the public. 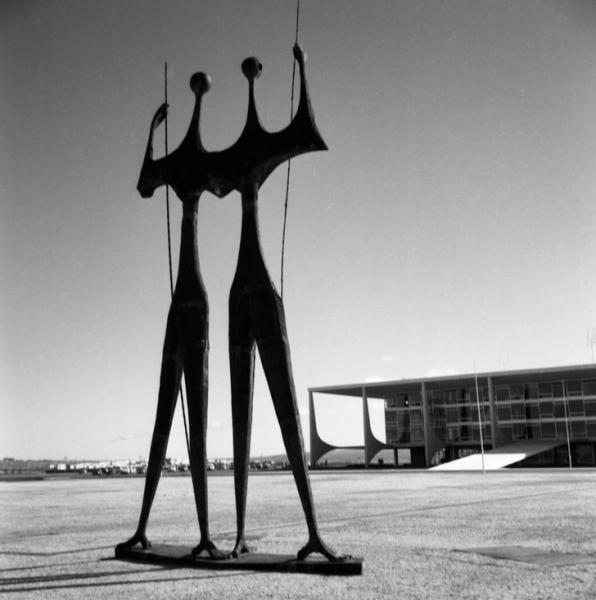 You can also get acquainted with Brazilian modernist sculpture in the square. The most striking works are Niemeyer's abstract “Dovecote” and Bruno Georges's “War” (pictured), dedicated to the workers who fought side by side on the “fronts” of the construction of Brasilia.

Two similar to each other the buildings behind the Congress are also Niemeyer, his handwriting can be seen from afar: columns, artificial pools, green jungle. Unlike Alvorada, Planalto and Congress, these buildings were not painted white and look more brutal due to the natural gray-brown hue. 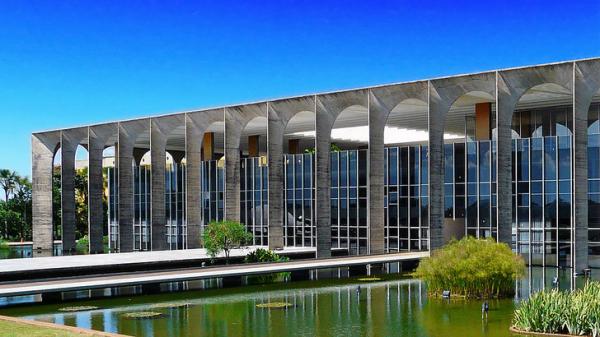 But less ceremonial palaces have an interesting advantage: they are not tinted and are rarely updated, which makes their real age visible – worn stones of the entrance groups, slightly peeling sides of the pools, rusty smudges on the columns. It is unlikely that Niemeyer intended it that way, but looking at today's Itamaraty and the residences of the Ministry of Justice, you can see how modernism mutates into steampunk.

Cathedral of the Blessed Virgin Mary

Heart of Brasilia. The Pritzker Prize (analogous to the Nobel Prize in architecture) and, perhaps, Niemeyer's most striking work in his homeland. The building-dome grows out of the pool surrounding it and in prayer raises arms-beams to the sky. 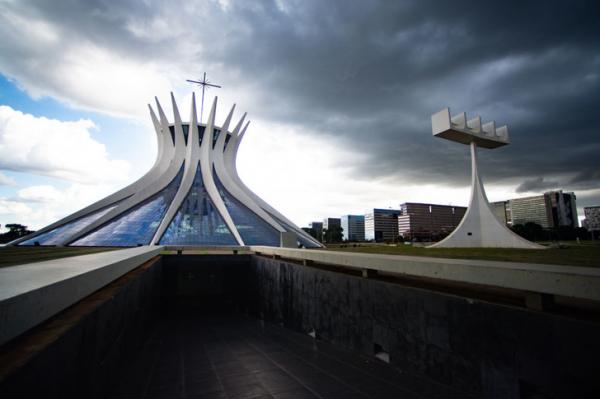 Inside the cathedral, even on a cloudy day, everything is flooded with light due to the mosaics located around the perimeter. There is nothing superfluous in the interior: three anthropomorphic sculptures of angels descend from under the dome, the abstract plot of the mosaics hints at the triumph of higher powers, and a bright yellow oval stands out above the altar – either an egg symbol of life, or the sun illuminating the vaults of the cathedral. 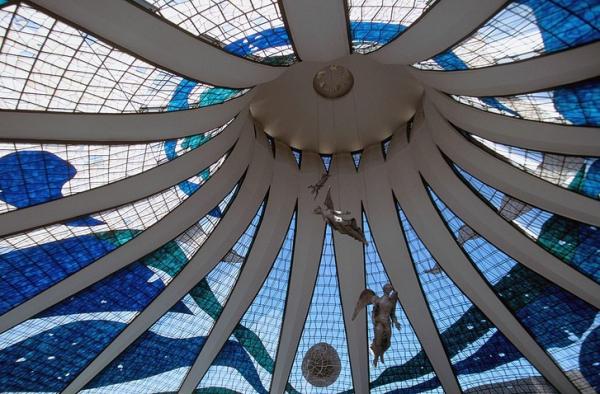 Cultural Complex of the Republic

Next to the cathedral, there are two more programmatic works of Niemeyer: a building in the shape of a planet with an orbital belt and a building similar to giant wireless speaker – National Museum of Brazil (pictured) and the National Library. The museum does not have a permanent exhibition, but the exhibitions are very worthy and not crowded – you will be able to see not only the exhibits, but also the quirkiness of the “planet” from the inside. 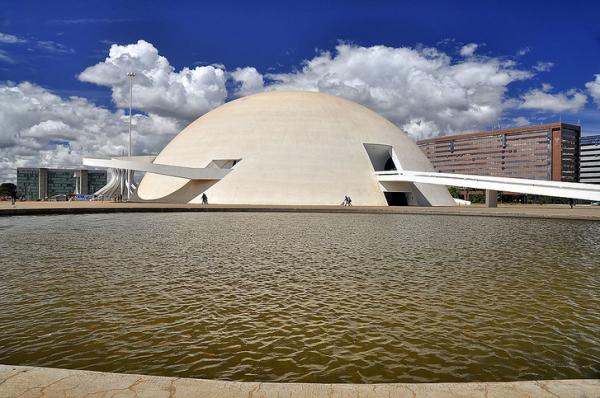 The exposition of the memorial is dedicated both to the personal merits of the president and to the construction of Brasilia, his favorite brainchild. The collection contains the best documents of the era: the first plans of the city, drawn by hand, a detailed photo chronicle of the monumental construction and solemn costumes of Kubizek and his wife, in which they visited all the construction sites of the city.

Another outstanding work of Niemeyer, located a little away from the city center. From the street, this modernist church looks restrained and brutal, but inside it glows like a chest of sapphires. As with the cathedral, the focus here is on the vast mosaics that take over the walls of the building. 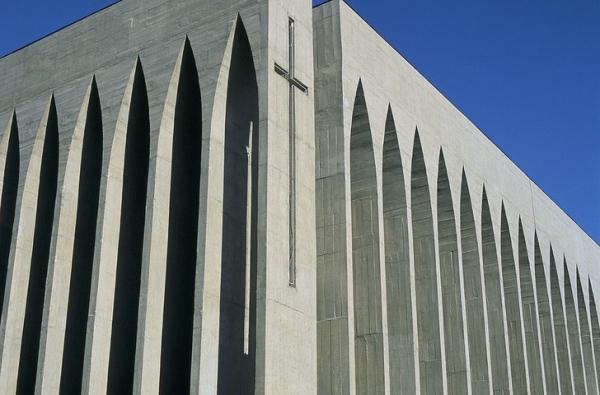 The church bears the name of Giovanni Bosco, an Italian priest and seer of the 19th century, the patron saint of the city. Bosco predicted that in the 20th century a new great civilization would be born in central Brazil, and even indicated the place of its birth on the map. It was these coordinates that Kubicek used when he chose the site for the construction of Brasilia. 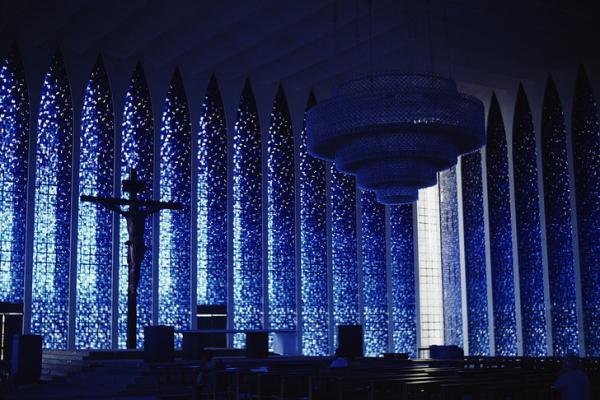 You can relax from the cosmic landscapes of downtown in the area of ​​​​the artificial Paranoa reservoir, surrounded by embankments, embassies and villas immersed in greenery.

Locals and tourists sip coffee here on the sunny terraces of numerous cafes or ride boats. From the water you can see the surrounding riot of nature, and Niemeyer's most functional project – the Juscelino Kubitschek road bridge.

< em>Material first published in May 2020

More to read on the topic 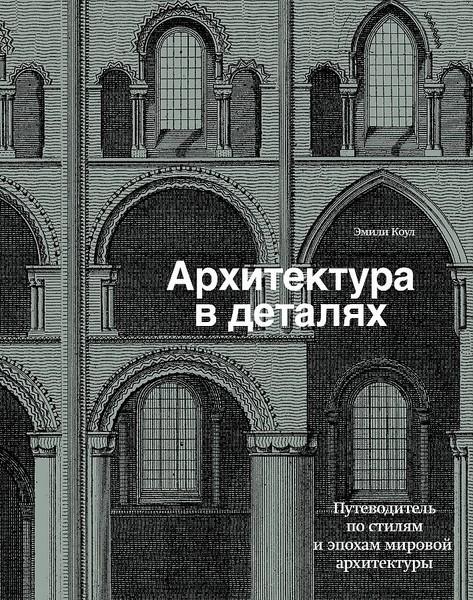 1 of 3Cole E. “Architecture is in the details. A guide to the styles and eras of world architecture"Get a Quote

2 of 3Shouazi O. "A General History of Architecture"Get a Quote

3 of 3Corbusier Le "When the cathedrals were white. Journey to the land of indecisive people"Get a price