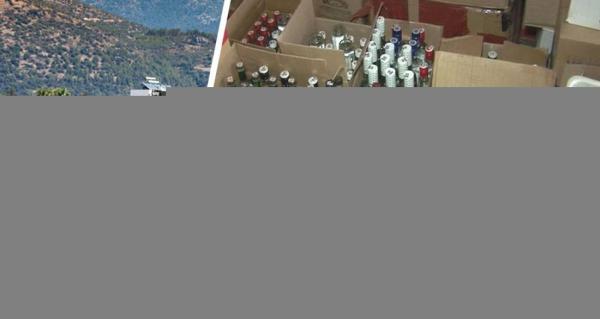 Criminals are also preparing for the full-scale opening of the season in Turkish resorts – the season has begun in Antalya to search for manufacturers and suppliers of counterfeit alcohol. And it began with a large “booty”. 2,000 liters of counterfeit goods prepared for bottling were immediately seized. The police suggest that it was also intended for hotels.

The details are as follows – 2 thousand liters of counterfeit alcohol were found in a truck that was stopped by the resort police. Earlier, law enforcement officers, that is, the provincial police department for combating smuggling and organized crime, received information that counterfeit alcohol would be delivered to the resort, which is supposed to be delivered to hotels as well.

The police stopped the indicated truck on the D-650 highway in the Doshemealty Chubukly Mahallesi area and seized 2,000 liters of counterfeit alcohol during a search. The driver has been arrested. The source of the counterfeit is being investigated.

Recall that police raids to search for counterfeit in recent years have been a constant reality of the high season. In the context of the financial crisis, expensive imported alcoholic drinks are periodically being replaced with counterfeit products of incomprehensible quality, often simply life-threatening. And they are often found in large volumes. For example, in September last year, 498 liters of counterfeit alcoholic beverages were confiscated at a hotel in the Manavgat resort area. Moreover, “shmurdyak” was passed off as well-known alcohol brands. Read the details here.

For those who care about a healthy lifestyle, we recommend reading: “A microbiologist revealed 10 real steps to eliminate bloating.”