Pod nebob + service company, part of the Pod nebbom glamping network, has entered into a management agreement with Mangup glamping, located at a winery in the Bakhchisaray district of the Republic of Crimea. The Russian company is engaged in consulting and financial modeling of the project, recruitment, online training of employees of the tourist facility, and is also fully responsible for SMM-support, marketing, sales and promotion. 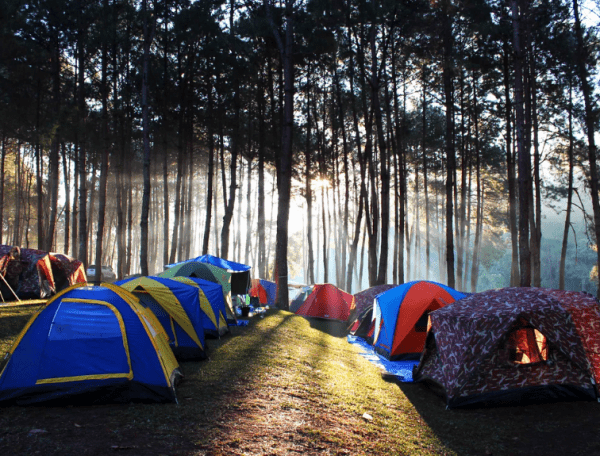 A unique feature of the Mangup facility for Russian tourists is that safari tents with a panoramic view of the mountain peak of Baba Dag and the medieval fortress are located right on the territory of vineyards occupying 27 hectares. For the Russian glamping market, enotourism and placement right on the site of an author's cuisine restaurant are becoming an increasing trend, which in the near future will be supported by a number of facilities under construction located on the Black Sea coast of the Krasnodar Territory.

For the Russian domestic tourism industry, this is the first such experience when a Russian company separates the management of glamping into a separate structure. In addition to the facility in the Crimea, the Pod nebom+ service company is developing the network’s anchor site, the Pod nebom glamping in the Pushkinsky district of the Moscow region, which was visited last week by the Governor of the Moscow Region Alexei Vorobyov and the famous hockey player and First Deputy Chairman of the State Duma Committee on Ecology, natural resources and environmental protection Vyacheslav Fetisov. The visits were devoted to the development of domestic tourism and replication of glamping experience from the Moscow region. Another project of the network is the construction of a glamping site on the shores of Lake Baikal from the side of the Irkutsk region.

“Under the sky +” is now in an advanced stage of negotiations with 5 objects in different locations – from the Kuril Islands to the Black Sea.

“For 3 years we have accumulated expertise in the development of the glamping industry. We are regularly approached for advice by both investors and the governments of a number of Russian regions from Tatarstan to Kamchatka. This year, in order to apply the best available practices, we have created a special management company that will contribute to satisfying the huge demand for comfortable and interesting outdoor recreation in Russia,” commented Sergei Petrov, co-founder of the network of glampings Pod neboe.