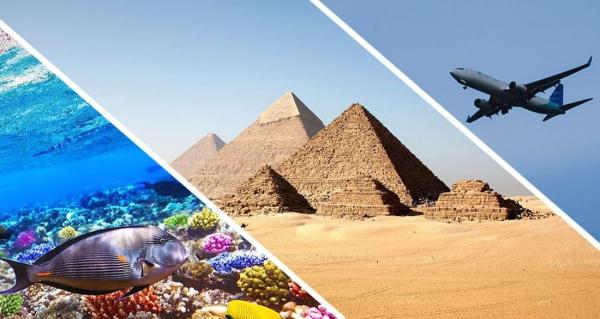 In Egypt, they found a way to provide the national carrier EgyptAir with insurance guarantees, as a result, the airline, which has “landed” flights to Russia since the beginning of March, will be able to resume its flights, and, according to some information, they intend to do this in the near future. Quite possibly within a week. The decision was made with the participation of almost all the “high departments” of Egypt, interested in the speedy return of traffic flows and tourism.

Recall that on March 2, EgyptAir's flight insurer, the Misr insurance company, stated that it could not cover flights to and from Russian airports in connection with the imposed sanctions. Which led to the suspension of these flights.

As a result, the Egyptian state actually acts as an insurer. More precisely, according to the announced agreement, on March 30, a bill was approved that allows the Egyptian Ministry of Finance, on behalf of the country's government, to act as a guarantor in securing Egypt Air's insurance obligations when flying to Russia. It turned out to be possible to pull off such a maneuver, since the national carrier is considered a state-owned company and is within the scope of the law on public sector companies – the guarantor of whose activities is, among other things, the government of the country.

The authors of the bill added that they highly appreciated “the speed of response and approval of this guarantee, which is in the interests of tourism and the Egyptian state.” “The state seeks to support air carriers by allowing the Ministry of Finance to provide guarantees to the holding company EgyptAir and EgyptAir Airlines in the performance of obligations that may arise in connection with the operation of flights to and from Russian airports,” the Egyptian media said.

< p>Moreover, they began to prepare promptly for the start of the programs. The exact timing is not yet clear, but according to some sources, the first flights to Russia may be restarted as early as early April. Most likely, flights to Cairo will be the first to return – and, accordingly, tours with transfers. And we are talking not only about routes tested by tour operators during the closure of Egypt through Cairo to resorts, but also routes with transfers – both to other resort countries in Africa, such as Morocco – whose airline was also landed by insurers – and to the countries of the Middle East and Europe .

For those who care about a healthy lifestyle, we recommend reading: “The doctor named two miracle substances in seeds.”

➔ See the news on smartphone? Subscribe to tourism news from Turprom in Google News or Google Discover: these are fresh travel ideas, travel news and collections on sales of tours and air tickets! Or subscribe to the travel news channel at YANDEX.ZEN or at PULSE.MAIL.RU. We also recommend subscribing to our News Channel in Telegram: https://t.me/tourprom