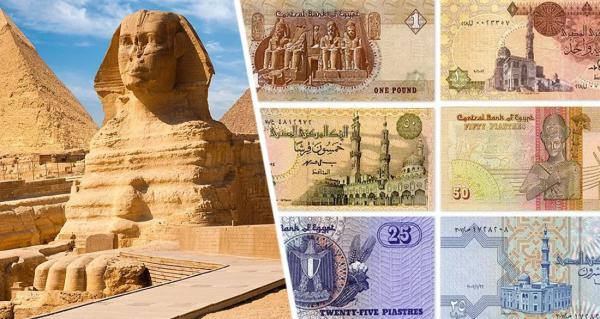 A new “hot topic” has appeared in Egypt, because of which the country has forgotten about the geopolitical crisis in distant Europe and even about tourists from Ukraine. True, in connection with the new problem, tourists will be needed by the country of the pharaohs more than ever. The fact is that in Egypt a financial crisis was “fixed” – “in one day the dollar rose in price by 2 pounds at once. and reached 17.5 Egyptian pounds,” writes a Russian expat living in Egypt on his blog in Yandex.Zen. He warns that this is not the limit, and $1 can go up to 20 pounds.

“The government explained that this was a necessary measure and immediately announced a package of financial and social protection for low-income families in the amount of $130 billion. Simultaneously with the appreciation of the dollar in Egypt, markets with socially significant goods were opened, which are sold at reduced prices. They will work from today until the end of Ramadan. They also introduced strict control over price increases in stores,” he told the reality. At the same time, he also warned that “Egypt has already stopped the export of some food products and is preparing for a long crisis,” not least in which the stopped grain supplies from Ukraine and Russia can play.

“So far, the increase in the dollar exchange rate is beneficial for foreigners. Since we exchange rubles for dollars, and then dollars for pounds. Thus, the price of 1 pound in rubles has fallen sharply,” adds the expat. However, it is impossible not to pay attention to the fact that the last time the “bread” crisis was followed by the Arab spring … Meanwhile, there are no plans to increase the supply of tourists to Egypt either.

For those who value a healthy lifestyle, we recommend reading: “Mistakes Revealed When Wanting to Lose Weight in 20s, 30s, 40s, 50s and 60s.”