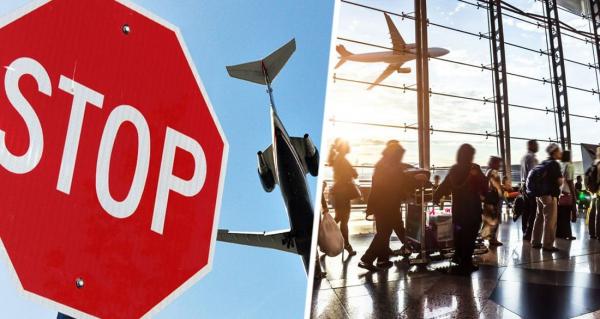 Europe has expanded “air sanctions” for Russian aircraft. The European Aviation Safety Agency (EASA) has suspended the licenses of Russian-made passenger aircraft. That is, in fact, Europe now does not allow Russian aircraft into its space. So, the Irkut MS-21, the Il-114-300 turboprop and the Chinese-Russian jet CR929, the Sukhoi Superjet 100 and only 6 types of aircraft fell under the sanctions. Airworthiness certificates of aircraft and all international licenses are suspended.

In general, the EASA statement said about the suspension of type certificates for Russian-made aircraft. Part 145 permits have also been revoked from Russian maintenance organizations, as well as third country air operator certificates (TCOs) from all Russian airlines. The regulator will no longer allow the following types of aircraft in its controlled airspace:

At the same time, we note that in the light of previous air sanctions that prevent Russian airlines from flying to the European Union, SSJ100/95 or Tu-204 no longer fly over the block anyway. At the same time, the aviation authorities of Bermuda and Ireland, where most of the aircraft leased by Russian structures from foreign firms are registered, suspended airworthiness certificates from Russian carriers. Thus, the vast majority of aircraft operated by Russian airlines, regardless of type, are currently considered unairworthy in the European Union.

EASA has also suspended Part 145 maintenance permits for 39 Russian entities, including the own maintenance facilities of some of the country's largest airline holdings such as Aeroflot Group, S7 Group, Volga-Dnepr Group and Ural Airlines. . The recall affects not only Russian airlines, but also any third-party operators that may use these suppliers to serve their fleet. Such service will no longer be recognized by EASA. EASA type certificate holders and other design approval holders are also prohibited from providing airworthiness or any other form of technical support for aircraft registered or designed in Russia or operated by a Russian operator. The regulator has stated that it will not consider any new applications for certificates or permits from Russian entities at this time.

However, the absence of a TCO does not affect the validity of Russian Air Operator Certificates (AOCs) of the affected carriers. However, they will no longer be able to cross EASA-controlled airspace.

And on Friday, for purely political reasons, the US Department of Commerce issued a ban on the aviation industry around the world from any interaction with aircraft of Russian airlines that have at least a quarter of US components. It is believed that it was precisely because of this ban that all foreign flights of AZUR air were stopped on Saturday to take out Russian tourists stuck abroad.

The new sanctions list includes 99 aircraft manufactured by the Boeing concern. In general, the list under these sanctions, as calculated in ATOR, included:

For those who care about a healthy lifestyle, we recommend reading: “Woman smoker experienced the horror of how her fingers turned black and began to fall off.”

➔ Watch the news on your smartphone ? Subscribe to tourism news from Turprom in Google News or Google Discover: these are fresh travel ideas, travel news and collections on sales of tours and air tickets! Or subscribe to the travel news channel at YANDEX.ZEN or at PULSE.MAIL.RU. We also recommend subscribing to our News Channel in Telegram: https://t.me/tourprom