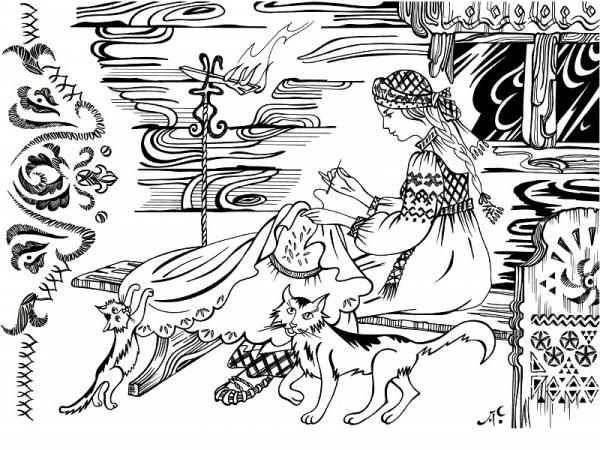 Exhibition of Alevtina Struchkova “Plots and images of the Komi region”

From 2 to 11 September in the museum-estate “Ostafyevo” – “Russian Parnassus” there will be an exhibition of graphic illustrations by the artist Alevtina Struchkova “Plots and Images of the Komi Territory”. The exposition presents more than 40 works from the series “Journey along the Kokshenga River”, “Mysticism of the Arctic”, “Girls from Yokohama”, “Music and Muses”, created on the basis of national and folklore motifs of the Komi Republic, the Arctic and Japan.&nbsp ;

All works are distinguished by a single style, where the space of a white sheet symbolizes the boundless expanse of the North, and a confident line draws the Komi people into the world, conveying the features of nature and traditions. The graphic severity of the images emphasizes the contrast of this northern land – the harsh climate and at the same time the harmony of life of the inhabitants of the North of Russia. The illustrations convey both the clear outline of Mount Saber and the snow-white expanses, where a meeting of a man and a bear is depicted with a thin stroke of a pen. Here the hunter hurries home through the snowy taiga, he is shown the way by the dog Laika – true friend. Or a beautiful zyryanka behind a spinning wheel in the comfort of a village hut is waiting for her beloved husband from crafts. 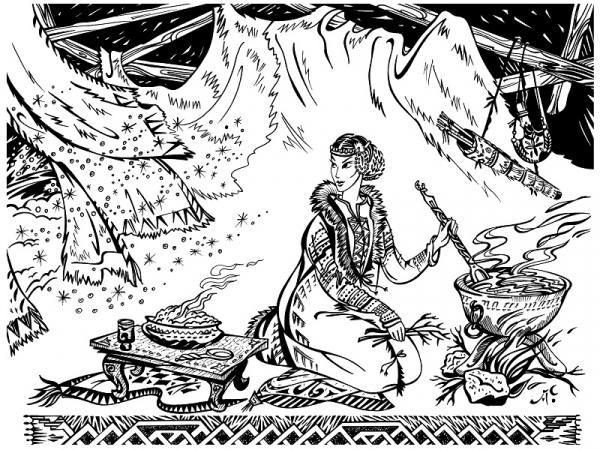 Each illustration is created from several fragments – central plot and ornamental inclusions. The ornament that adorns most of the works tells about the myths, legends and way of life of the people of the Komi Republic. For example, fragments of embroidery, weaving, lace-making show the work of craftswomen. Several works are dedicated to the composer, musicologist Prometheus Chistalev. In them you can see images of national musical instruments: chipsan, zil-sol, sigudek. 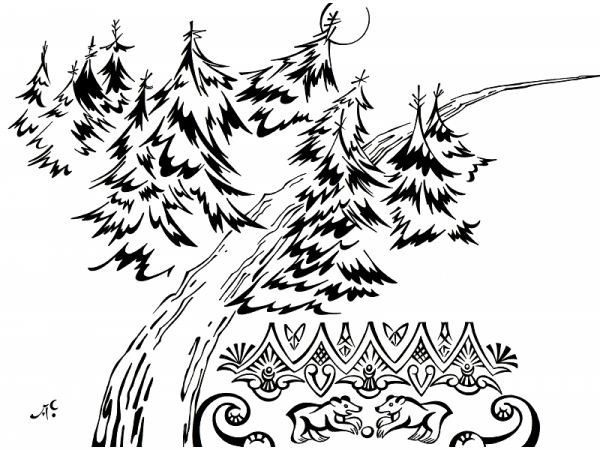 Artist and poetess Alevtina Struchkova was born in Moscow, but her roots go back to the Komi Republic. Having visited the homeland of her ancestors for the first time in 2018, she discovered it for herself and fell in love with it with all her heart. Today, living in the capital, Alevtina supports and popularizes the culture of this unique republic, creating graphic works and sketches of souvenirs based on national motifs, organizing concerts in Syktyvkar and holding her own exhibitions. The artist also helps to preserve the heritage and memory of her close relative, composer, musician and folklorist Prometheus Ionovich Chistalev. 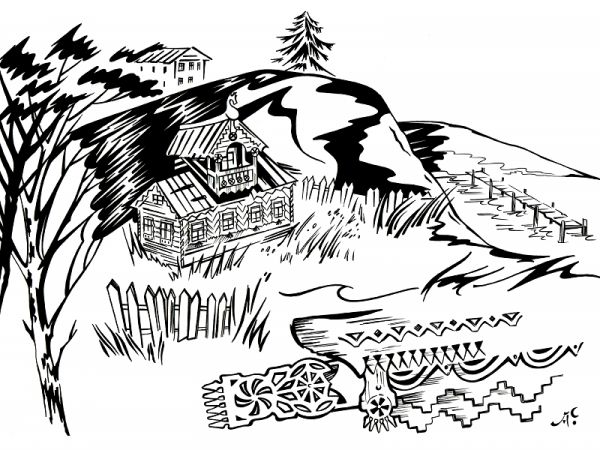 Museum-estate «Ostafievo»—«Russian Parnassus» — a monument of noble culture on the territory of new Moscow. In Ostafievo there is a beautiful palace — a unique example of Russian manor architecture of the 18th-19th centuries — and an old park with a large pond. The history of the estate dates back to the 17th century, since the 18th century it belonged to the family of the princes Vyazemsky, and then the Sheremetevs. In 1804-1816 he lived here and worked on the “History of the Russian State” Nikolai Mikhailovich Karamzin. Alexander Pushkin came here three times, to whom & nbsp; Ostafyevo owes its second name “Russian Parnassus”. Currently, the museum has permanent and temporary exhibitions, lectures, conferences, excursions, master classes, quests, concerts.