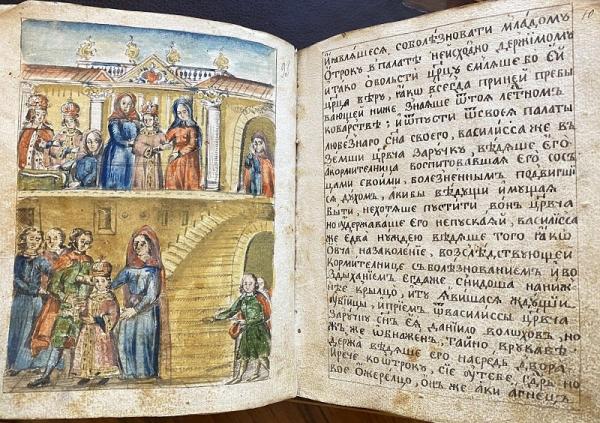 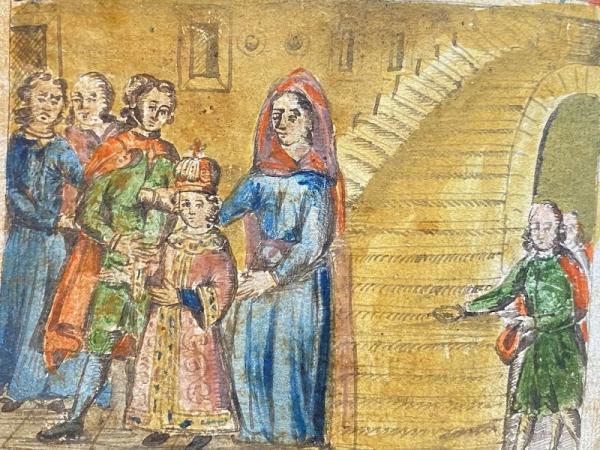 Nikolai Karamzin worked on “History” in Ostafyev for 12 years, from 1804 to 1816, using for this a huge array of sources and scrupulously collecting everything “that relates to the materials of national history.” The decree on the appointment of Karamzin as a state historiographer gave him the opportunity to freely use all the archives and libraries of the Russian Empire. Karamzin was able to get acquainted with the manuscripts of more than 40 domestic and foreign official and private repositories — no other work on Russian history had known such coverage of handwritten collections before. The historiographer received the bulk of the documents from the Moscow archive of the Collegium of Foreign Affairs. This archive is currently kept in the Russian State Archive of Ancient Acts. 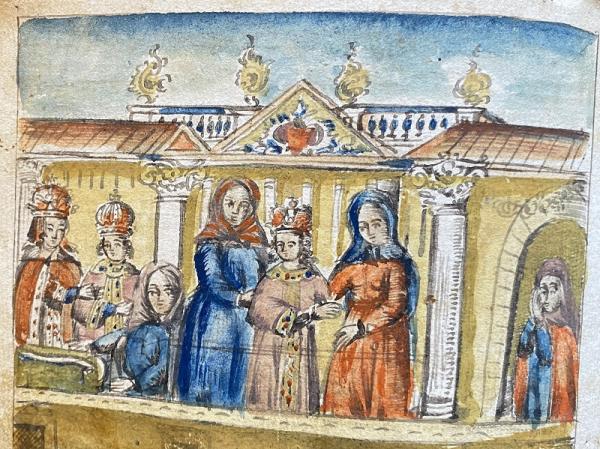 The exposition consists of six sections, each of which presents archival documents used by Karamzin in describing the key stages of Russian history: the era of Ancient Russia, the reign of Alexander Nevsky, the reign of Ivan III Vasilyevich, the reign of Ivan IV the Terrible, the reign of Boris Godunov and the beginning of the Time of Troubles. A separate section of the exhibition tells about Karamzin's work with the materials of the Moscow Archive of the Collegium of Foreign Affairs and the correspondence of the historiographer with the director of the archive Alexei Malinovsky, who provided him with constant support in his work.

Among the most interesting exhibits of the exhibition, visitors can see the “Personal Life of Tsarevich Dimitry Uglich”; the end of the 18th century, illustrated with watercolor miniatures, the image of Alexander Nevsky in the illustrated Chetya-Minei of the second half of the 19th century. Particularly noteworthy are the “Memorable book about those who visited” presented in the exposition. Moscow archive of the Collegium of Foreign Affairs of 1805, which contains a record of multiple visits to the Karamzin archive, as well as a surviving draft by the historiographer with notes to the History of the Russian State. 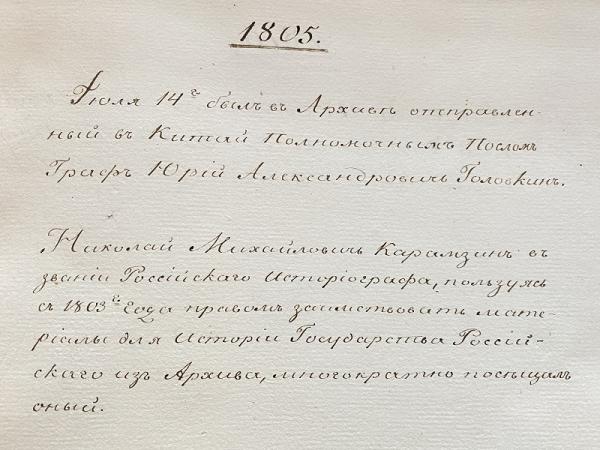 Museum-estate «Ostafyevo»—«Russian Parnassus» — a monument of noble culture on the territory of new Moscow. In Ostafievo there is a beautiful palace — a unique example of Russian manor architecture of the 18th-19th centuries — and an old park with a large pond. The history of the estate dates back to the 17th century, since the 18th century it belonged to the family of the princes Vyazemsky, and then the Sheremetevs. In 1804-1816 he lived here and worked on the “History of the Russian State” Nikolai Mikhailovich Karamzin. Alexander Pushkin came here three times, to whom & nbsp; Ostafyevo owes its second name “Russian Parnassus”. Currently, the museum has permanent and temporary exhibitions, lectures, conferences, excursions, master classes, quests, concerts.