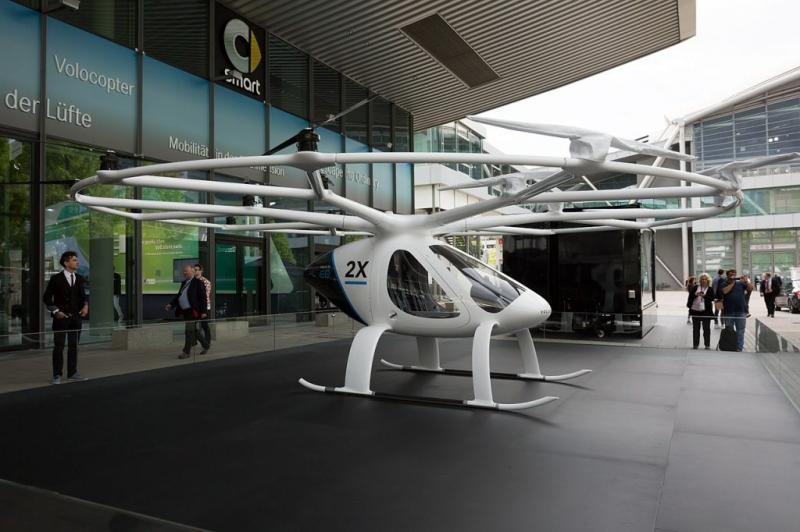 In its race against companies like Lilium, Joby Aviation and Airbus to have the first flying taxi certified by regulators, Volocopter has now recruited former Airbus defense chief Dirk Hoke to take over as CEO.

German air taxi startup Volocopter is recruiting Dirk Hoke, former head of the defense and aerospace division at Airbus, to take over as CEO in September.

Hoke will succeed long-time Volocopter boss Florian Reuter and will be tasked with successfully completing the certification process for the company’s electric flying taxis.

“It’s going to be an incredibly exciting but also difficult time,” Hoke told Reuters on Tuesday.

The executive, like Reuter, worked at Siemens before joining Airbus.

Volocopter is in a costly race with companies around the world including Lilium, Joby Aviation and Airbus to have the first flying taxi certified by regulators. It is aiming to achieve this in around two years.

To shoulder the cost of certification, and the associated construction of production facilities, the company from Bruchsal, near Stuttgart, is raising more money.

Just last week, it said it had attracted 153 million euros from investors. It is now valued at around 1.5 billion euros,

“There are still some investors who want to help us ultimately reach 500 million euros,” said the chairman of Volocopter’s advisory board, Stefan Klocke.

Volocopter is aiming for a stock market listing, though a little later than originally planned.

“We want to go public with the images from the Summer Olympics in Paris,” said Klocke, setting 2024 as the target.

Since its founding in 2011, Volocopter has raised more than 495 million euros from investors including Deutsche Bahn, Intel and Mercedes-Benz.

This article was written by Nadine Schimroszik from Reuters and was legally licensed through the Industry Dive Content Marketplace. Please direct all licensing questions to [email protected].