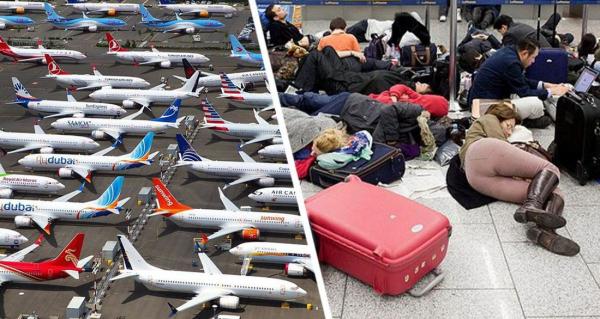 British tourists continue suffer in queues at the airport – local tabloids write that some tourists began to arrive at the airport out of desperation 12 hours before departure. The first post-COVID Easter holidays turned out to be a nightmare for them – all passengers “facing huge waiting times due to lack of staff.”

British social networks are overflowing with footage from airports where monstrous queues have crowded. “Total carnage,” comments one footage from Heathrow. “Huge, huge, huge” queues “from one end of the airport to the other.” “Experience terrible in both directions,” say the tourists. And a tourist famous for his 12-hour arrival said he thought “if you arrive early, you won't have to deal with all this madness.” Distinguished, by the way, and Dublin airport – where the tourists had to queue at the terminal and at 4 o'clock in the morning. The reason is the lack of security personnel.

However, the most affected Manchester airport so far encourages tourists to arrive three hours in advance. “We do not have the required number of employees. We advise passengers to arrive three hours before departure. Sometimes in the coming weeks we expect security wait times of up to 90 minutes. Therefore, we ask passengers to arrive at the airport three hours prior to arrival and double-check that their carry-on baggage complies with security regulations, as any additional bag screening will increase waiting times,” said Alex Nash, airport spokesman.

In addition, airlines are canceling dozens of flights – British Airways has cut 84 flights and easyJet at least 38 flights from London Gatwick alone. The reason is “shortage of staff caused by illness.” At least 20,000 tourists could be affected, adding to the chaos.

“On land and at sea” is no easier – there are huge traffic jams on the roads. Ferry operator P&O, previously notorious for layoffs, said it was suspending all services to Calais until Good Friday. As a result, in Dover “nightmare and chaos” and the authorities fear “major incidents.” Tourists were advised to book tickets in other companies. But another ferry operator, DFDS, said they couldn't handle desperate P&O customers. They have reached their capacity limits – 40,000 tourists left over the weekend alone.

Trains are also being cancelled. Also, tourists are “pleased” with traffic jams, and in key places – for example, on the highway near Heathrow Airport – they are also undergoing repairs. Eurotunnel's management said that increased demand at the start of the holidays and reduced ferry capacity created “a sort of tsunami of traffic at the same time”. At the same time, experts expect another wave of chaos during the return of tourists.

For those who care about a healthy lifestyle, we recommend reading: “Doctors named the foods that you need to eat at night to sleep well.”< /p>
Источник