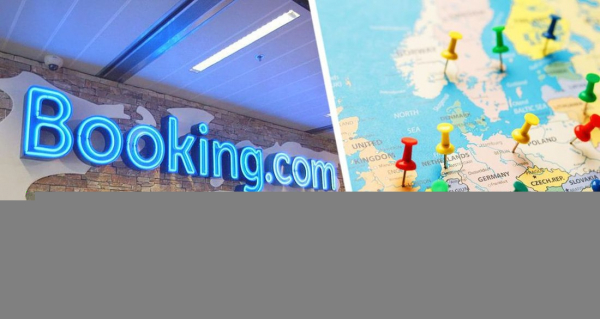 Russian hotels demanded from Booking to cancel all invoices issued to Russian hotels for February 2022: in fact, it was decided to punish the Dutch-American service that left Russia by not paying it a fee for the first 23 days of February. In addition, hotels ask the service to provide them with the necessary information on working with guests. The corresponding letters were sent by the Russian Hotel Association and the League of Small Hotels, Hostels and Tourist Accommodation to the CEO of Booking Glenn Vogel.

As Izvestia, which highlighted the problem, claims, the aggregator did not bother to warn Russian hotels about curtailing their work, although it should have report disconnection from your services 14 days in advance.

“The service disconnected Russian hotels from its system one day, saying that due to payment failures, the invoice for February would be issued later. Moreover, in the personal account of Russian companies on Booking, information about customers was stored for 20 years of work. The service not only disconnected the hotels from its system, but also blocked the work of the office. Companies were left without data on guests, ”Olga Voinova, chairman of the League of Small Hotels, Hostels and Tourist Housing, told Izvestia. According to her, in general, the revenue of hotels in March fell by 50%, the occupancy rate was at the level of 10%. “Canceling the payment of the February bill seems like a fair measure,” she said. We are talking about paying large sums – hotels paid Booking 20% ​​of the turnover, which is an average of 300 to 500 thousand rubles per month. Moreover, the service was actually a monopolist in the market,” Olga Voinova explained.

“The service has not fulfilled its obligations to Russian partners. Those, in turn, lost a significant part of their profits, for example, the fall in income at Brighton was 25%, ”Igor Gloydman, general director of the Brighton Hotel, confirms these words. He noted that the departure of Booking plunged many hotels, which mainly worked with the aggregator, “into a state of shock”, since the service accounted for a significant share of sales.

Booking is unlikely to go into conflict, but under the current conditions it is not clear how such issues can be resolved, experts add. As Vladimir Kuznetsov, vice-president of the Association of Lawyers for Registration, Liquidation, Bankruptcy and Legal Representation, commented to the publication, on the one hand, Booking grossly violated its obligations – and this justifies the fact that Russian companies will ignore the need for payment. Difficulties will arise if Booking returns to the Russian market – it is not a fact that “the former working relations will be restored.” However, the return itself is in question. On the one hand, the service was the first to grossly violate its obligations to Russian partners, and they suffered losses. On the other hand, Russian businesses can ignore the payment in response to the Booking step, the lawyer explained. So far, experts assure, there has not been a full-fledged Russian alternative to the service.

Nevertheless, the departure of the aggregator will push hotels to look for alternatives, experts are sure. In particular, direct sales with advertising in social networks, as well as alternatives from prominent players – Yandex Travel, Ostrovok, as well as “fresh” services from Russian Railways and Ozon. However, ours still cannot offer a full-fledged analogue of Booking, say Izvestia experts.

For those who value a healthy lifestyle, we recommend reading: “Russians were told how to deal with allergies to spring pollen.