They marry the old fashioned way – once and for life. The family is run by a woman, but the man always has the last word. Abazins raise girls like queens, and mothers are revered like goddesses

One of the autochthonous peoples of the Caucasus. The total number in the world & nbsp; is about 68 thousand people. Most of them (about 43 thousand people) live in Russia: mainly in the territory of Karachay-Cherkessia, as well as in the Stavropol Territory and some other places. The descendants of the Abaza settlers also live in Turkey and Egypt. The Abaza language belongs to the Abkhaz-Adyghe group of languages ​​of the Caucasus. It is distinguished by a complex system of consonants and the presence of whistling and hissing sounds. 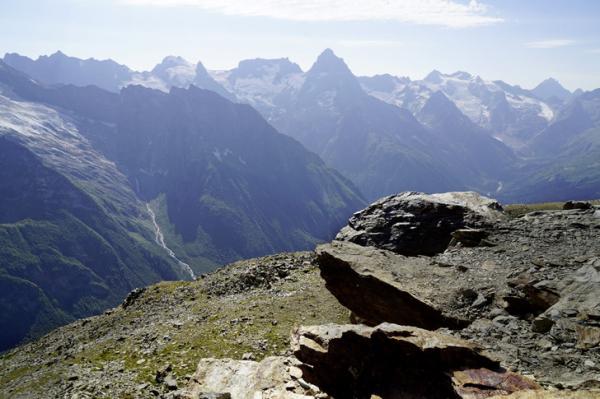 Born in 1949 in the village of Inzhich-Chukun (now the administrative center of the Abaza district of Karachay-Cherkessia) in a large family (one of five children). Graduated from the Rostov Higher Party School. He worked as a livestock breeder, a state farm worker, a locksmith, a fireman, a teacher of geography and life safety.

In Soviet times, he was the chairman of the Elburgan village council and the head of the Elburgan rural administration. Currently retired, lives in his native village. Married, one son, four grandchildren.

Let me tell you a true story. Once upon a time there were three married brothers, and their house was full. Once, when a ram was slaughtered in the family, the wives decided to test the brothers, how friendly and smart they are. In the evening, each of the wives pretended to be ready to cry, and said to her husband: “Today, when the ram was slaughtered, we got only one leg.”

The next morning, the brothers quarreled and began to share property: furniture, cups, spoons. When they went to the field to divide the cattle, their wives dragged all the things back to the big house and said to the returning brothers: “You do as you wish, but we will not be divided: we are one family and we will continue to live together, one house.” The brothers lost their tongue: they were so ashamed. All of them still live in the same house happily and richly. That is why the Abaza say: “The house is kept by a woman.”

A woman is like bee glue in a hive: it holds the whole building together… We have such a female name – Maramyz, which means “solar”. In folk tales, the Sun and the Moon are spouses: the Sun is the great father of heaven and earth, and the Moon is a fertile mother. If the Sun begins to rage, the Moon has to show tact and ingenuity in order to pacify the wayward spouse. So it is in life: in the family, the husband is glorious with the sword, and the wife with wisdom.

My grandfather was married five times, but not because he got divorced. Widowed four times. His wives died in childbirth. There was practically no medical assistance at that time. Abaza generally rarely get divorced. Most of us create a family for life. 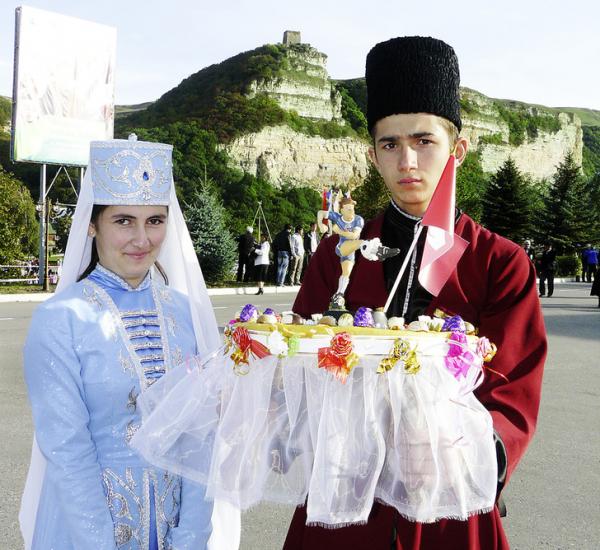 Divorces happen if young people are not helped. And they definitely need help, especially advice. It happens that a conflict over a trifle begins, but if it is not extinguished in time, then a small discord will turn into a destructive avalanche. Therefore, it is necessary to talk with the young, to teach them to smooth out sharp corners. Here our wise grandmothers come to the rescue, not in vain, because all generations of the Abaza family usually live in one house.

We do not accept civil marriage. The religious registration of marriage according to the Abaza tradition takes place without the presence of the bride and groom. Men representing both sides go to the mullah, we call him efendi. He blesses the young in absentia and gives written confirmation of the legality of the marriage. 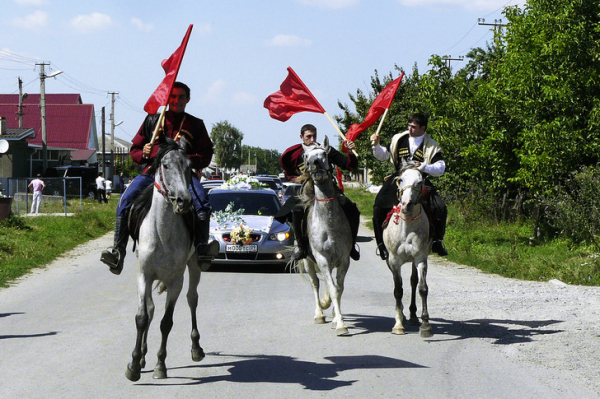 Our family is managed by a woman, but the main word in most cases remains with a man. This is always the case with Abaza: the wife is subordinate to her husband, and the husband is obliged to listen to the opinion of his wife and treat her fairly.

Raising children is the main task of the family. We respect children. There is even a proverb: “In the family, the child is the oldest.” But with outsiders, especially with older ones, the young father never shows tenderness for his baby, does not take him in his arms, does not play. Restraint in public is one of our rules of conduct. 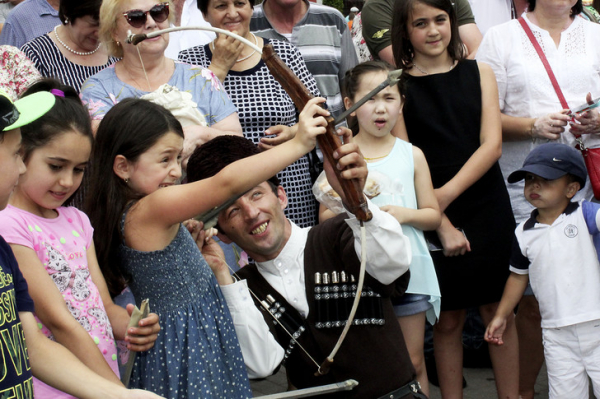 Our girls are raised in love, but modesty is instilled in them from birth. Both in clothes and behavior. The girl can express her point of view, she will not argue with her parents. Until the girl gets married, she is considered a queen in her family. Well, it will turn out – everything depends on her, how she will show herself in her husband's family. If he accepts the canon of a new family and clan, he will live well.

“He who listens to the words of his mother will be happy,” says an Abaza proverb. But every Abaza mother understands how important the participation of the father in the upbringing of the boy is. So the mother always says to her son, “Go and see what your father is doing.” How to take care of livestock, how to build a house – these skills are passed down through the male line. Even when the boy becomes an adult, father and son often work together.

Abaza men have always treated a woman – whether it be a grandmother or a girl – with deep respect. Our traditional etiquette, and to this day unquestioningly observed, tells a man to get up when a woman appears. Give her a seat. Never interrupt during a conversation. Protect the dignity and honor of women. In her presence, indecent expressions are unthinkable, and even more so quarrels and fights. 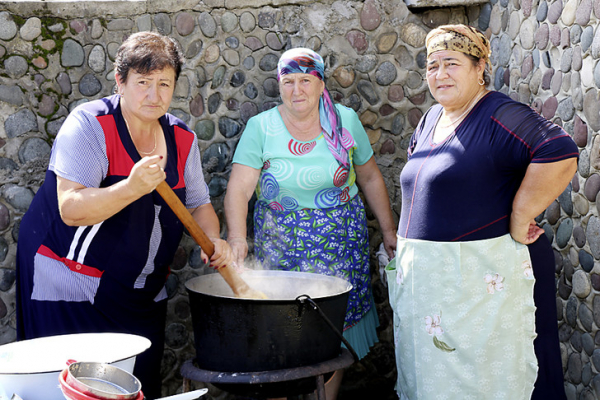 Previously, an Abaza girl carried the so-called “girl's dagger” with her. If the gentleman was too free before the wedding, spread his arms, the girl could scratch him, injure him with this dagger, so much so that those around him understood where the mark came from. The culprit was forever expelled from the village. Such behavior of the guys was considered a great shame. And to bring shame on one's head is the worst thing for any Abaza. Decency is in our blood, Abaza. And a chivalrous attitude towards a woman is accepted not only during courtship.

Here, for example, is one very revealing ancient custom. If an Abazin, passing by, sees a woman busy in her yard with hard work, he must enter the yard and complete the work she is doing. A woman can, as a token of gratitude, take out a treat for her assistant from the house – sour milk, buzu, a decoction of dried fruits. At the same time, it is strictly forbidden to enter the house of a woman in the absence of her husband. 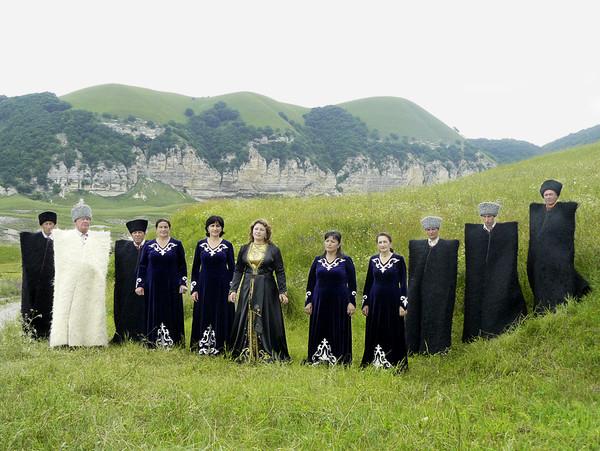 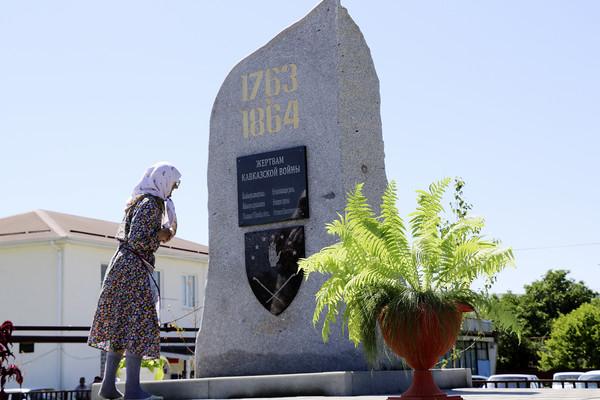 Our women have always worked tirelessly. In Soviet times, they spent the whole daylight hours in the field. They had to take the children with them – it was tight with kindergartens then. If the baby already knew how to stand on his feet, right in the middle of the field they dug a small hole, the little one up to the armpits, laid felt there – the child stood there while the mother worked. I remember, I was six years old: I ran around the field and visited such kids, so that later I could report to their parents.

The Koran says: “Paradise is under the feet of your mothers.” Islam calls for kindness and mercy to the mother. But it's not just about religion. It's in our genes. How can Abaza not appreciate a woman? Many people died in our wars. Only thanks to mothers, who in the most difficult times gave birth and raised children, our family was preserved.

My great-grandmother gave birth to 16 children, nine of them survived. She herself died in 1936, and her eldest son was born back in 1853. If you think about it, you have crossed the centennial milestone. The whole family respected and listened to her …

The centennial anniversary for Abaza is not uncommon. They say that family life in love and harmony prolongs the year. But I think it's also because we take care of our elders. They are our wisdom and wealth. Abaza old people feel needed even at the most advanced age. That's why they don't rush to die.

DISTANCEfrom Moscow to Cherkessk ~ 1320 km (from 2 hours in flight to Mineralnye Vody, then 100 km by road )
TIMEMoscow
CURRENCYruble

Material published in the magazine “Vokrug sveta” No. 3, March 2019