Remember the story of the conquistador Pizarro, who, with two hundred Spanish conquistadors, captured the entire Inca empire, whose army was about two hundred thousand people? Usually the victory of the Spaniards is attributed to the presence of firearms: "We shot the Indians from the arquebus and that's it! And they couldn't do anything with the bows…"

But excuse me, the firearms of the late 15th century are far from a machine gun and not even a Kalashnikov assault rifle. If the outcome of the Anglo-Boer wars could still be attributed to the powerful automatic weapons of the British, then here the Spaniards did not have this advantage. The arquebus of the fifteenth century fired once, and then it had to be reloaded for a couple of minutes. Not very efficient, right? And besides, Pizarro's thugs had only three of these arquebuses for the entire squad at the beginning of the campaign… 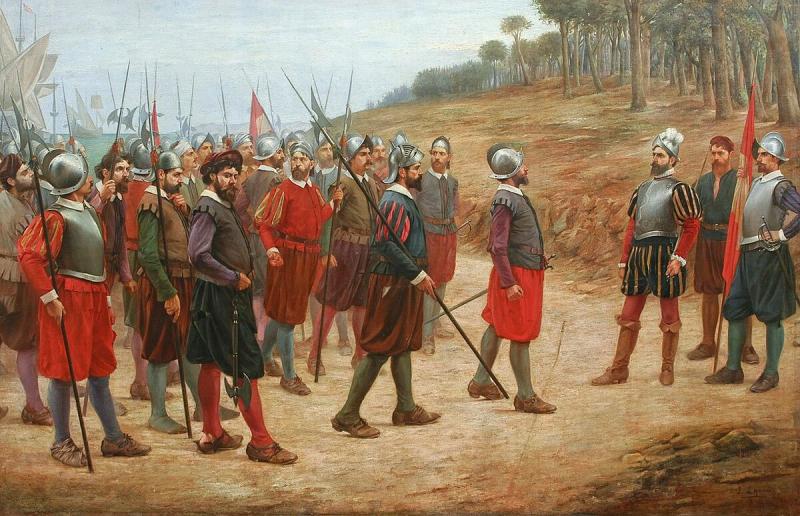 For the most part, the Spaniards were armed in the same way as the Indians: spears, swords and other melee weapons. Okay, the Spaniards had iron weapons, and the Indians had stone or copper ones, but is there such a big difference? I don't think that 200 people with iron swords can defeat a horde of 200,000 with stone axes: the conquistadors are not far advanced in terms of weaponry here.

Well, to write off victories for the presence of three arquebuses and two cannons in the entire army at the beginning of the expedition is very strange. Still, two hundred thousand bows is a much more powerful argument than three imperfect firearms shooting every five minutes. So what's the deal then? Why did the Indians still lose with a thousandfold superiority in manpower? dvuhsottysjachnuju-armiju-indejcev-delo-ne-v-ognestrelnom-oruzhii-1421c7b.jpg” alt=”How did 200 Spaniards defeat a 200,000-strong Indian army? It's not about firearms” />

Columbus, as soon as he first saw the Indians, wrote in his diary that they were good-natured and live in the world. They treated the guests from the other side of the ocean exactly as guests, and not as conquerors. The Indians presented the Spaniards with gold, fed and in every possible way gratified just like that, from the breadth of their soul. They had no idea that the guests might be invaders.

The Spaniards immediately realized that these guys could be made good slaves. By the way, the first six Indians were brought to Europe by Columbus during his first expedition. This was half the reason for the defeat of the Incas and other tribes too: they realized too late that they were not guests, but invaders. But that was only half the battle… 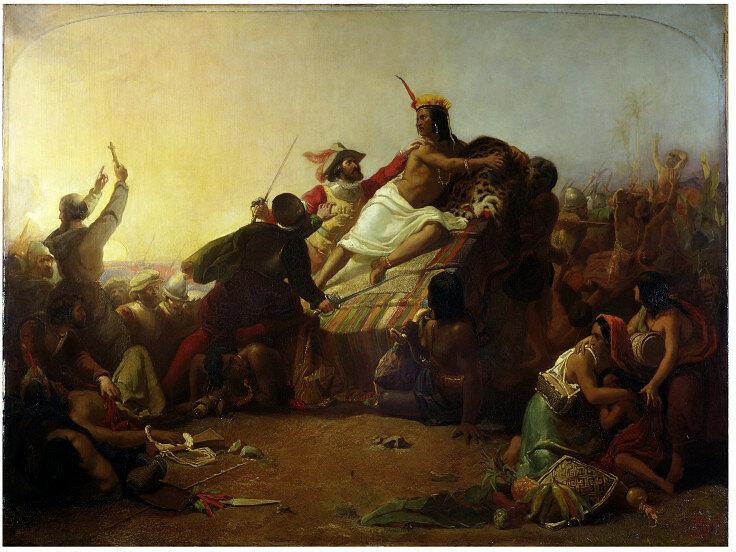 When the Incas realized that the Spaniards had come with a war, their emperor had already been taken prisoner and several thousand of the best warriors were slaughtered. And not killed in an equal battle, namely, cut out, because most of the Indians were unarmed. Then it went on knurled: the emperor promised a ransom for himself in gold and silver, but when the metal was delivered, Pizarro executed the chief Inca.

After that, the Incas realized that the overseas guests were not friends or gods, but just giving them gold was recklessness. But by this time, many tribes in the empire had already risen in revolt and went over to the side of the conquistadors, hoping in this way to free themselves from the rule of the Incas. The Inca army was melting from diseases brought from Europe and skirmishes with the Spaniards, and in just a couple of years the huge empire ceased to belong to the Incas. It's hard to believe that it all started simply with an incorrect assessment of the future partner… quickly surrendered to the Spanish invaders? Was it just a firearm or something else?