Tiny Liechtenstein can be driven from end to end in a maximum of half an hour, and then with traffic jams, which never happen on the roads of the Principality. Only forty thousand people live here, and they are ruled by a prince, whose power is now quite close to that of an absolute monarch.

Locals say it's safe, but boring. For nightlife, you will have to go to neighboring Switzerland or Austria, and Liechtenstein is a kind of state for pensioners. Indeed, it is somehow even too calm here.

For example, here is a photo of a street in the capital Vaduz on Sunday: 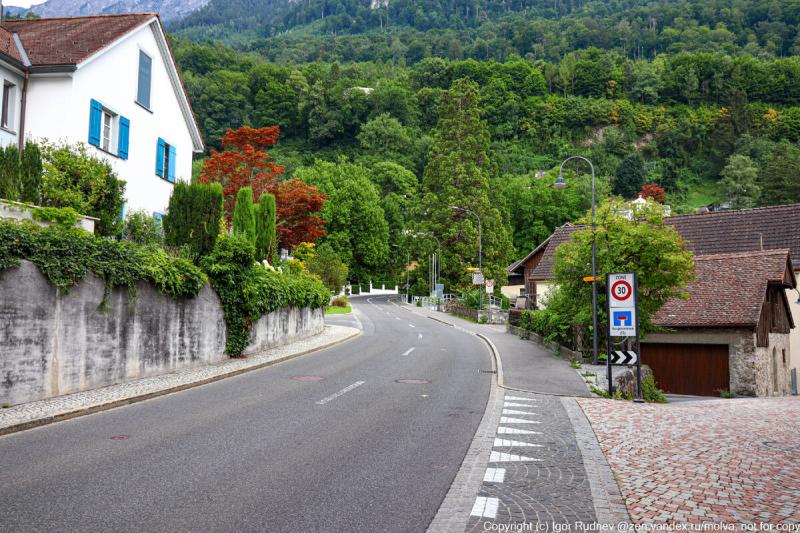 There is not a soul on the street. It seems that we are used to the fact that on weekends mothers with strollers, athletes for a run, or at least couples walking arm in arm should go out on the promenade. But no, there is no one in Liechtenstein at all. It is not clear where all forty thousand people have gone. Apparently, they left for Switzerland for entertainment. karlikovoe-gosudarstvo-chtoby-posmotret-samomu-1866ec1.jpg” alt=”How do people live in Liechtenstein? I came to the dwarf state to see for myself” />

Liechtenstein is not too similar to a country in the traditional sense of the word. The border with Austria and Switzerland is very conditional: there is a checkpoint, but not a single border guard is there, and all cars pass by.

The country should have cities, villages and fields. Well, or mountains with rivers – depending on the terrain. Liechtenstein is like one continuous town. From one border to the other, the whole country is a low-rise building of houses. No skyscrapers, highways and other attributes of a big city. The whole of Liechtenstein is one big and very clean village.

There are no railways in Liechtenstein, and all public transport is 19 buses that travel throughout the country.

By the way, the country is considered a constitutional monarchy, but in fact the power of the prince in Liechtenstein is close to absolute. The prince can dissolve the government, single-handedly make various decisions, appoint judges and veto any bills. Another thing is that he uses his powers exclusively for the good of the country: he maintains roads in perfect condition, distributes benefits to the citizens of the principality and attracts foreign capital to the country.

They also make wine in Liechtenstein. They don't have much land to grow wheat, but they can plant several hectares of vineyards. I can tell you more about the quality of Liechtenstein wines in a separate article, if you are interested, but in general they are not inferior to most Austrian ones.

This is life in a tiny principality: comfort, peace and security. Would you like to visit Liechtenstein?