Beautiful, right? This is an ordinary Swiss village, of which there are dozens and hundreds in the country. An asphalt road winds between the clipped hills, mountains are visible on the horizon, and in the meadows there are probably picture cows from the advertising of Milk's chocolates. But is it really good for people there? foto-sela-v-shvejcarskom-zaholuste-c894061.jpg” alt=”How is life in a village in Switzerland? See photos of a village in the Swiss outback” />

This is a traditional Swiss house: large, log and solid. Such houses are not built for one generation, but the whole family can live in it. In Switzerland, as in any other country, there is still a trend to move from the provinces to the city: more career opportunities and more entertainment too.

But the Swiss are great in the sense that not everyone prefers to leave their native villages for cities. This is probably partly because living in the Swiss countryside is not so bad in terms of conditions and comfort.

Some houses in the villages stand on such mushroom stands. Previously, these were barns, and the posts served as an effective protection against rodents. A mouse or a rat could still climb a vertical wooden pole, but to overcome a large stone “mushroom” she can't do it.

Previously, grain was stored in barns, but now they are used as pantries – they put everything they need and not very much there. The owners of this barn put inside an old and, apparently, no longer needed wardrobe, a couple of chairs and bicycles for the whole family. 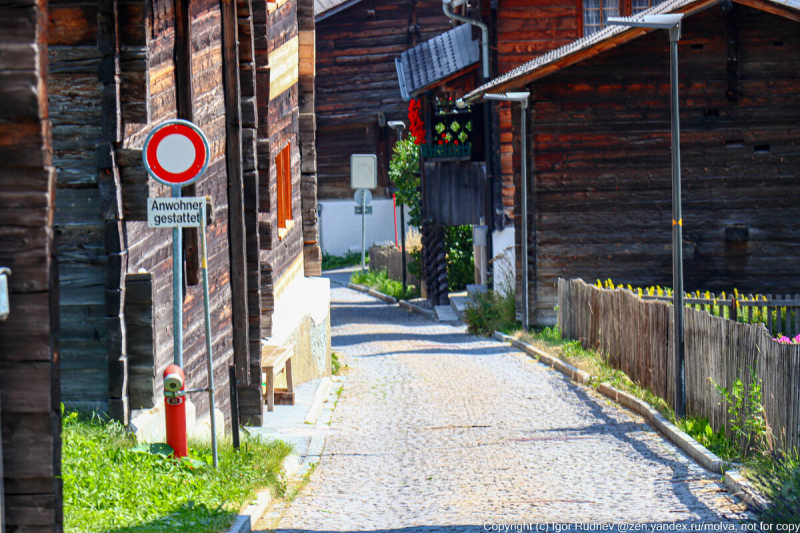 But let's get back to the village itself. All the paths between the houses are neatly laid out with paving stones, there are road signs on the narrow streets, and there are even signs for cyclists, because not only a car, but also a bicycle path passes through the village, connecting neighboring villages. 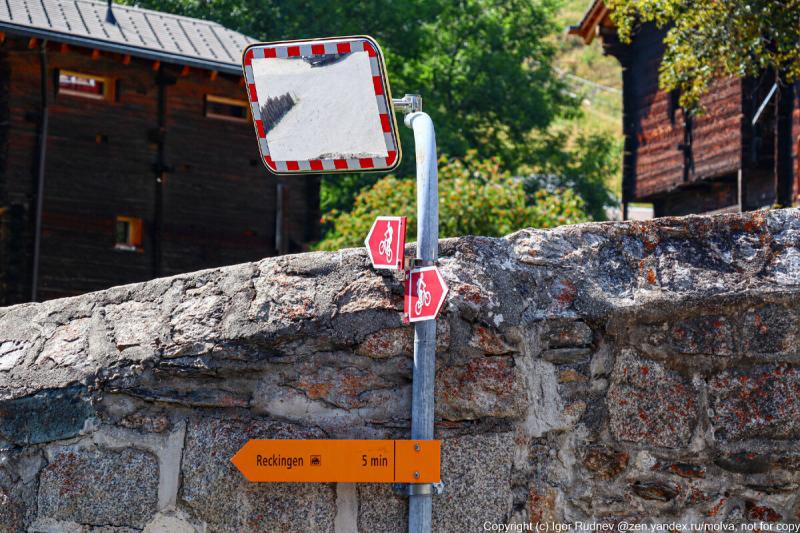 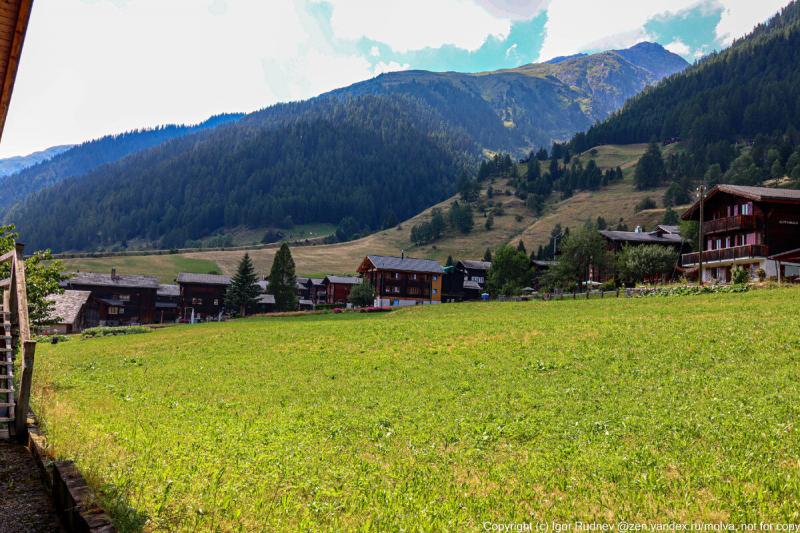 But people everywhere are people, and Switzerland is no exception. They prepare sledges in the same way as we do in summer, because in winter there will be so much snow here that it will be simply impossible to move off-road by car or on your own. 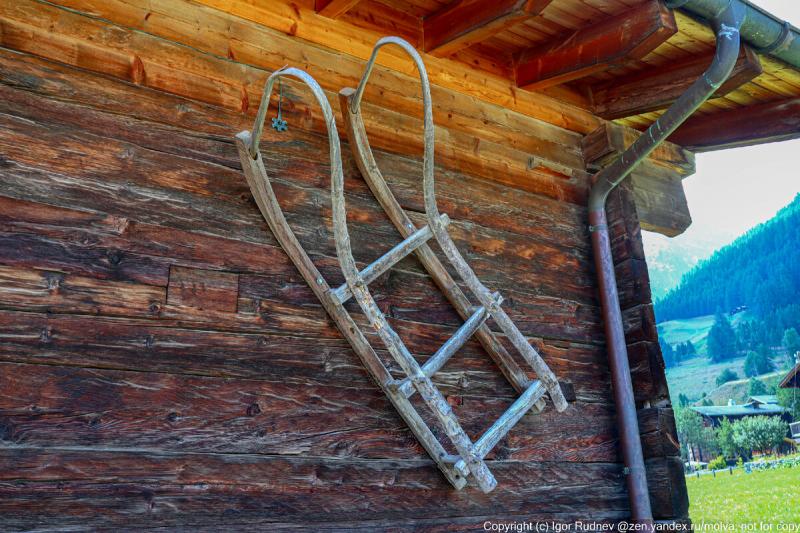 Firewood for the winter, too, have already stocked up. In continental Europe, it is customary in the provinces to heat houses with wood, although boiler heating in the house can also be. Firewood is a renewable resource, and the Swiss are very meticulous about planting new trees.

A tub, which is about to turn a hundred years old, stands on a little step near the house and seems to be waiting for the hostess to carry water in it in the evening.

Well, the path of all the locals ends in this gloomy place. The cemetery near the local church in the courtyard is small, so only urns with ashes are buried. But everything is very clean and no mourning.

How do you like the Swiss countryside? After all, people everywhere are the same, aren't they?