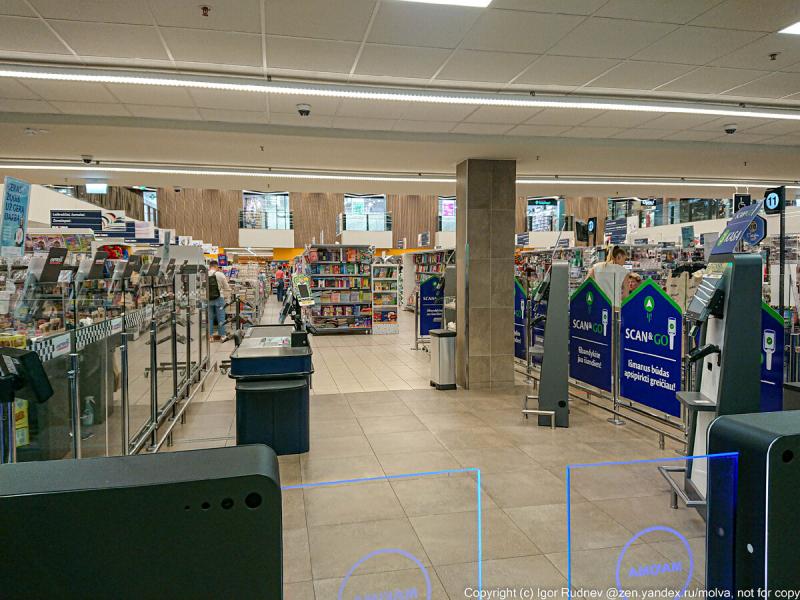 Supermarkets are now similar in all countries of the world. All the same large bright rooms, the same shelves with goods, and the goods themselves, to be honest, are the same in many countries – from international manufacturers. Let's see how things are in a Lithuanian supermarket and how much their groceries cost.

Let's start with the vegetable section. Potatoes at 1.4 euros per kilogram, that is, about a hundred rubles. The price is quite normal for winter, but given that the photo was taken in July, it turns out to be somehow expensive. 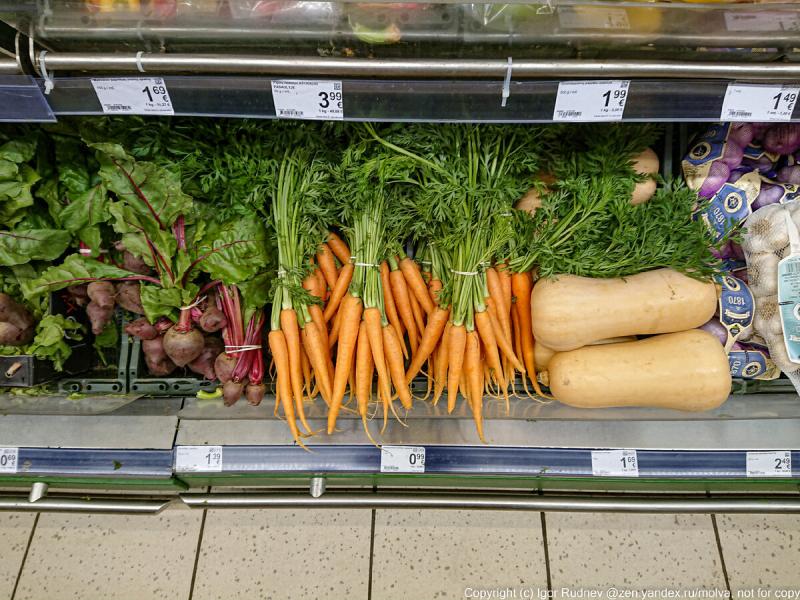 But I liked the choice of vegetables. Everything is washed, clean, and you want to eat it. Prices are also around one and a half euros for a bunch of carrots, beets or greens for a salad.

Milk prices are indistinguishable from ours: the same one euro (about 60 rubles). True, this is a local manufacturer. If you take a package of some international Parmalat, it will most likely cost a few tens of cents more.

Instant buckwheat is sold in small bags with different flavors – an excellent analogue of instant noodles. At least pre-steamed cereals are no more harmful than similar pasta.

Mushrooms are very popular in Lithuania, they are added to many national dishes. A package of dried mushrooms costs five and a half euros, that is, a little more than 300 rubles. If you buy in a store, they will probably also come out in Russia.

And if you want something sweet, there are Milka chocolates – exactly the same as ours. And they cost about the same: around 80 rubles for a small chocolate bar.

The only thing is that the rules for the sale of alcohol in Lithuania are more stringent. On weekdays, alcoholic drinks are not sold after eight in the evening, and on Sundays even after three in the afternoon. As you can see, the wine department is already closed. This is probably correct to some extent…

A pleasant surprise awaits you at the checkout: the menu is in Russian. Moreover, in the list of available languages, Lithuanian is in the first place, Russian is in the second and only English is in the third. So there won't be any communication problems.

Exactly the same supermarket as ours, right? And the prices are almost the same, and many of the goods are the same, many speak Russian. It suggests that there are not as many differences in us as many people think…