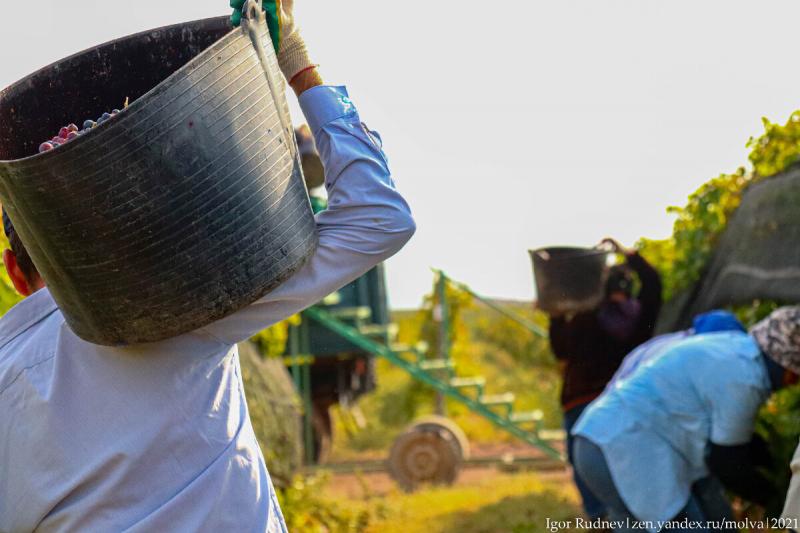 The history of each winery is always something very personal. Someone passes his allotment of a couple of hectares from generation to generation and cultivates vines with his family, and someone moves overseas to find his calling there. The story of the Karas winery, perhaps the best winery in Armenia that works with international varieties, is just the second type of story.

The Ernekian family lived in Argentina, where she owned vineyards and a local winery in Patagonia. Then they got the idea to start a business in their homeland in their native Armavir: this is how the winery was born. 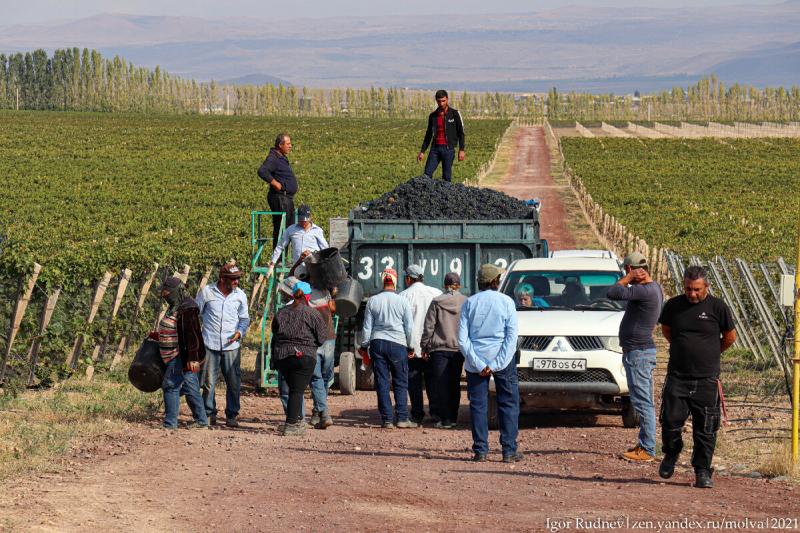 Last fall, I was lucky to be present at the grape harvest at Karas. As you can see, the ground under the vineyards is quite flat, and the soil is scorched over the summer by the Armenian sun and volcanic thanks to the prehistoric eruptions of Mount Ararat, which is now visible from the winery.

At the harvest, the guys use manual labor: they bought a grape harvesting machine only last year and still do not rely on it. In this regard, I very much agree with them: whatever one may say, a person will pick berries more carefully than a machine, especially since manual picking will not affect the cost of wine much. After all, Armenia is not France, where for an eight-hour working day the picker needs to pay at least 50 euros (4500 rubles). 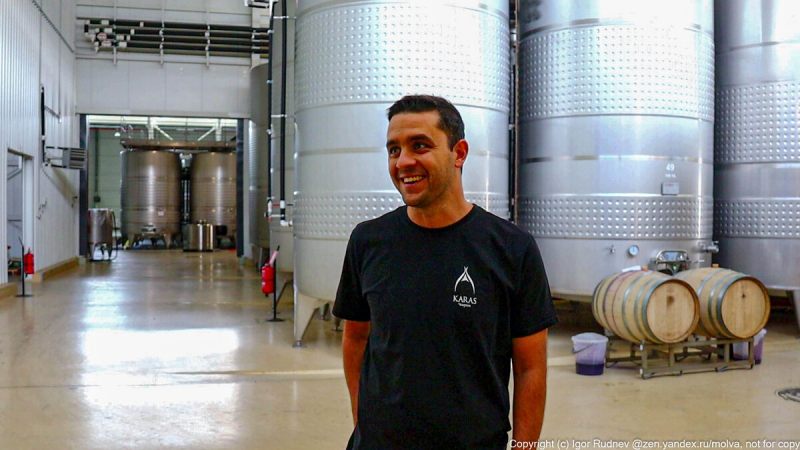 Chief technologist, agronomist and the winemaker at Karas is also from Argentina. Cool talkative guys who are ready to talk about the difference between French and Caucasian oak barrels, as well as why grapes should be covered with a special mesh. Spoiler – this is necessary so that the hail does not beat the berries, and hail near Armavir happens quite often.

Since we filmed a video about Armenian winemaking with the guys from Karas, we were taken to show the barrels in which the wine is aged. They took a sample from the barrel in which the merlot was aged: solely in order to understand how much longer the wine needs to be kept in the barrique. And it doesn't matter that it's twelve in the afternoon: it's time to have a tasting… 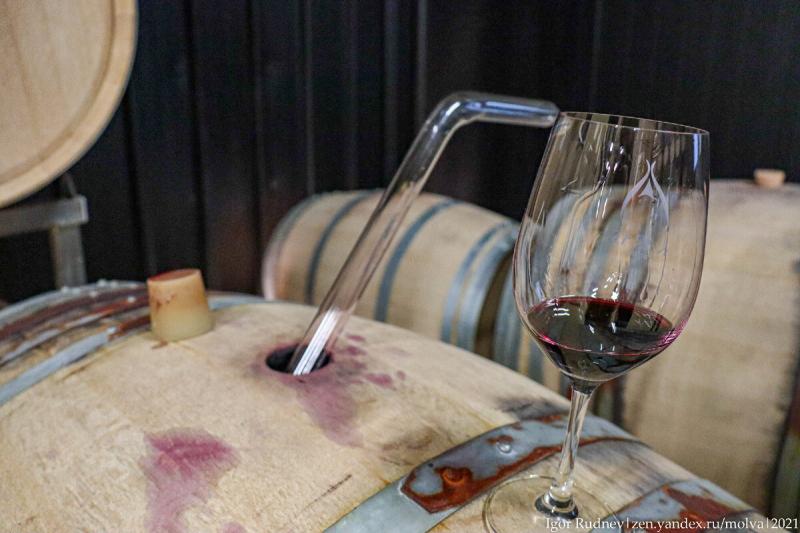 The same merlot at 12 days

aggressive tannins. Gabriel explained that the aging in the barrel was not yet finished, and the wine should “round up” significantly over the next three months.

The guys are also experimenting with fermentation in traditional Armenian clay vats, the same karases the winery is named after.

show a lot of interesting things. As such, they do not conduct group tours, but if you are really fond of wine, then you can arrange a visit. I would love to visit them again, but not in summer: summer is too hot…

Yes Do you have a favorite winery that you would like to return to? Share your opinion!