You go to a supermarket somewhere in a distant and cold country, and then you suddenly stumble upon a counter where there is buckwheat, condensed milk, pickles in jars are sold. Moreover, all the labels are signed in Russian, as if he had never left the country at all.

Condensed is exactly the same, at least in appearance

There are many Russian-speaking people in any country in the world. And Russian cuisine is really very specific: it has many products that no one else uses. Well, who else will come to condense milk? Whipping cream is one thing, but condensed milk is a product very characteristic of a Russian person, despite the fact that it was first invented by a French confectioner.

The bank looks exactly the same as those sold in Russia. Is that the inscription "steinhauer" in Latin gives out the foreign origin of the product. A can of condensed milk costs 32 crowns in Norway, that is, a little less than 200 rubles. Considering that high-quality condensed milk now also costs around one and a half hundred, it’s not so expensive.

One ​​of the most common stereotypes about abroad is that you can't find buckwheat in stores there. There is pasta, there is rice, all kinds of bulgur … but there is no buckwheat.

As you can see, this is not true. A whole kilogram of buckwheat is sold for 35 (200 plus rubles) kroons: a little more expensive than ours, but you can overpay a little for such a rare product.

If you suddenly forgot the taste of our wafers with baked milk abroad, then you can also find them in Norwegian stores. These waffles are definitely Russian-made: Rot Front sends for export directly from Zamoskvorechye.

In addition to Russian products, there are goods from many post-Soviet countries on the counter. 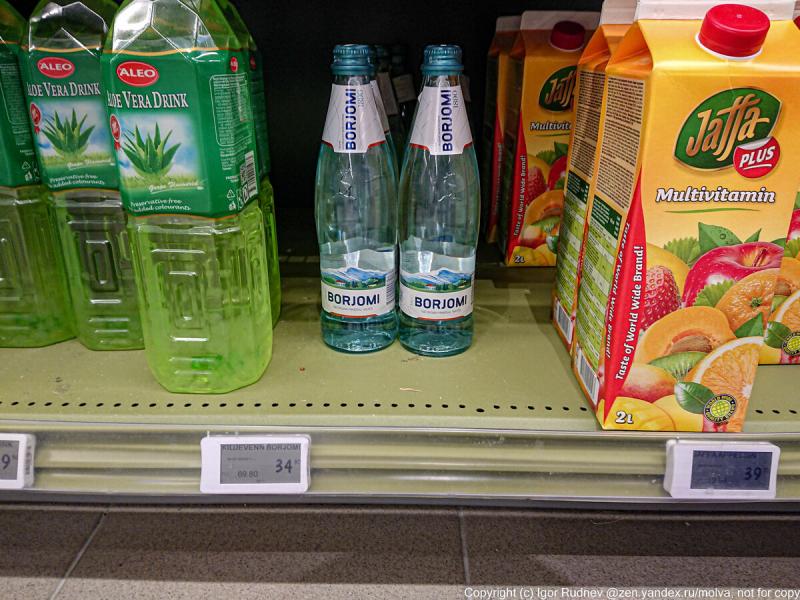 For example, the Georgian mineral water Borjomi. Two hundred rubles for a glass bottle of 0.5 liters. It's cheaper in Russia, but when translated into salaries it works out fine.

It seems that Russian products abroad are not that expensive, right? And about the prices for everything else in the Norwegian supermarket, I wrote here.