Tuna has been praised by nutritionists for being an ideal source of protein. The Japanese and Europeans really appreciated the taste of this fish from the mackerel family only half a century ago. And the inhabitants of the Maldives have been eating tuna dishes for breakfast, lunch and dinner for hundreds of years

A Maldivian chef shared one of the traditional recipes with Around the World.

Long before the Maldivians discovered the opportunity to make money on beach tourism, the main source of national income was the sale of tuna . In terms of annual consumption of fish, the islanders are the world leaders. One Maldivian eats an average of 160 kg of fish, and most of this volume is tuna.

The only thing that cannot be cooked from this fish is dessert. In all other respects, culinary fantasy is not limited by anything. Tuna is dried, smoked, stewed with spices and deep-fried, and a sauce is prepared from it. Canned tuna goes into the filling for pies and the base for casseroles. 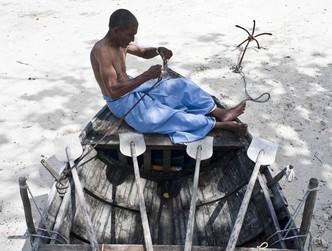 “Forty-eight species of the mackerel family, collectively known as tuna, are among the fastest and strongest fish in the world. From the word tuna – “tuna” – came the Greek verb thuno – “rush”; and you see the unlucky angler, who blinks his eyes, watching the fish make a powerful jerk and fly away. Strictly speaking, the abilities of the tuna are far from being limited to the ability to start abruptly from a place.

Modern biologists, who have swum side by side with tuna more than once, have observed how this fish literally makes a dolphin jerk, and then calculated that the highest speed developed by tuna exceeds 40 miles per hour, that is, the fish moves faster than the Iowa-class battleship, the fastest of all the existing warships” – this is how Paul Greenberg described the tuna in the book “Four Fish”.

Yellowfin and skipjack tuna are harvested in the Maldives. Its fishing here is strictly limited, and local residents mainly use the old-fashioned way – fishing with a line. In addition to environmental considerations (preservation of species), this way of fishing also creates additional jobs.

Zahoor Mohammed, a native of Sh Peydhoo (Southern Maldives), has been working as a chef at Iru Restaurant on Iru Fushi Island for several years at The Sun Siyam Iru Fushi Hotel. Once a week, Zahoor conducts master classes of Maldivian cuisine here. Iru means “sun” in Maldivian, and Fushi – “island”. Zahoor's restaurant stands on coral sand near the shore, surrounded by coconut palms and pandans – tropical plants with numerous roots.

Who did you learn to cook from?

In the Maldives, cooking is a female occupation, I watched how my grandmother did it, and I adopted some skills and recipes from her. She was best at breadfruit curries and sweets, which we brew with coconut milk. Tuna, breadfruit and coconuts are the basis of many of our dishes.

How often do you eat tuna?

Almost every day. For breakfast, for example, mashuni (mashuni) is prepared. Wrap (roshi) finely chopped tuna (dried or canned) mixed with finely shredded coconut in a roshi flatbread, add your choice of mango, blanched papaya, onion or pandan leaves, and you're done. And the easiest option for breakfast is to grease the cake with rihakuru fish paste (rihaakuru).

What kind of paste is this?

This is one of the traditional and basic products in the Maldives. All you need is tuna, salt and water. Nothing more. The fish is boiled with the head and bones for 2-3 days, resulting in a dark brown thick paste.

What is served for lunch?

Garudia broth. It is boiled from tuna and rice is offered separately. And in the evening, they often eat spicy tuna casserole kulhi boakibaa or tuna pancakes rihaakuru folhi. We also put tuna in the stuffing for bajiya patties, and fry a variety of patties and deep-fried balls from it.

Which part of tuna is considered the best?

It's hard to say, we have everything going on. And backs, and tails, and tummies. They are very tasty when fried. Well, the head and the bones, as I said, do not disappear.

No, rather a festive one. It is eaten on Friday after returning from the mosque. On this day, the meal is plentiful, it is customary to serve two types of curry, rice with fish and salad on the table.

Maldive tuna curry according to the recipe of Zahoor Mohammed, the chef of the Iru restaurant on the island of Iru Fushi

Tuna curry – love for spices came to the Maldives from India.
Although the food here is not as spicy as on the peninsula. Of the little-known ingredients, pandan leaves are present in the composition, which give the dish a peculiar flavor. But in Russian conditions, you can do without them.

720 ml coconut milk (can be bought powdered and diluted)

Finely chop the onion and garlic, cut the tomatoes into cubes. In a deep frying pan, heat the vegetable oil and sequentially fry the onion over high heat, add the garlic and ginger, fry until golden brown. Add chopped chili and curry paste, mix well.

Brush each back of tuna lightly with curry paste, roll up and tie with kitchen string or a palm leaf, set aside. 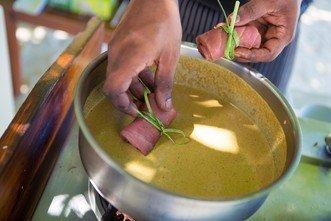 Put the tuna rolls into the spicy sauce and simmer for 5-7 minutes, turning over and adding milk. Ready-made curry can be served with rice or unleavened roshi flatbread, reminiscent of Indian chapatis. 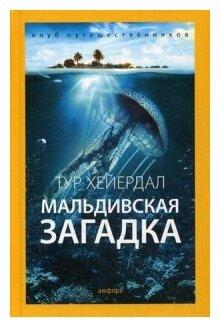