Dressing a 3-year-old child in a waterproof suit and going hiking in the mountains with him is quite normal practice in Norway. The type of main leisure activity with children does not depend on their age, gender or weather outside the window: in any case, they will go to the mountains! 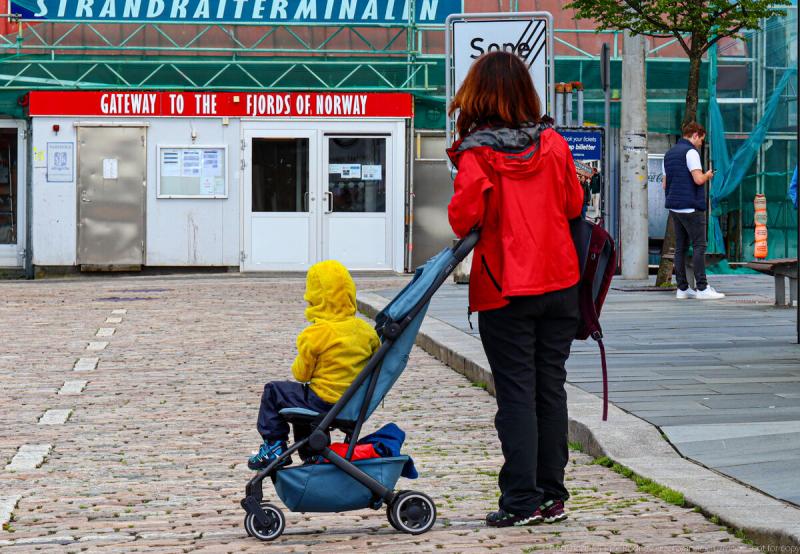 Children in Norway soak up the love of local nature with milk. How would you plan your leisure time as an adult if you went to the mountains every weekend since childhood? By and large, you don’t know any other entertainment, and the mountains in Norway are beautiful: why invent something else? In addition, such trips teach young Norwegians to be independent from early childhood.

Lighting a primus stove with dad, cooking pasta with sausages, or even fishing for trout with a small fishing rod in a mountain stream is a typical pastime for Norwegian children with their parents. Moreover, parents treat children almost like adults. If a child wants to jump in a puddle, let him jump; if he wants to wallow in the mud, let him wallow. I'm exaggerating a little now, but you probably get the idea: they try not to forbid anything to children, no matter what they do.

By the way, Norwegian dads also go on maternity leave while maintaining their salary at the place of work

It is better for the child to understand for himself that if he jumps through puddles, then his shoes will get wet, and then he will walk with wet feet. Boots can then be changed so that there are no colds and other troubles, but the lesson will be learned from experience. After all, no one learns from the mistakes of others, everyone learns from their own.

Similarly, they behave with children in kindergartens with schools. The principle of maximum independence, if not to say “permissiveness”, is cultivated on purpose. It is believed that in this way the child will earn his experience from childhood and understand what can and cannot be done. The ability to make decisions develops so that by the age of majority he can decide on the place of study and, in general, guidelines in life. I went to university because my parents forced me to – this is definitely not about Norwegians.

Parents try to limit their child to a minimum. They never raise their voice at a child here, because you can explain everything in a calm tone, and even more so, they don’t raise their hand – this is prohibited by law. If the child does something wrong, the parents will simply tell him to eliminate the traces of his actions himself (for example, if he soiled something). The same autonomy, the same learning by doing.

At first, it seems a little strange that Norwegian moms and dads don't yell at their kids, but over time you get used to it and even think about it: “Maybe that's the way it should be?” In any case, children with such upbringing grow up independent and clearly understand what they want from life. Norwegian approach to children?