In Turkey, they were afraid of the consequences of the Turkization of Russian air travel 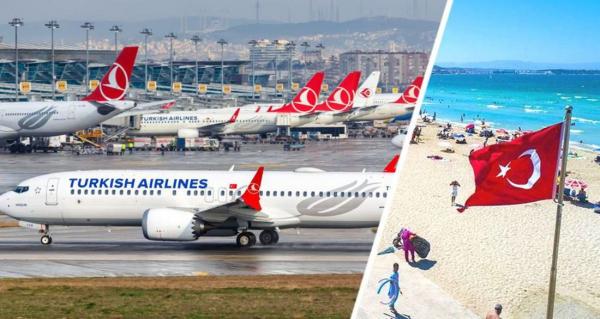 The need to “supply” Russian tourists to Turkey and the efforts made by the country's authorities to deliver them may put Turkey itself in a politically uncomfortable position. We are talking about the creation by Russian tour operators with Turkish roots of “Turkish” airlines to transport Russian tourists. According to Turkish media, there are fears in Turkey about how Russia will react to the “Turkification operation” of such a shipment. At the same time, we recall that earlier the flight program allegedly caused a negative reaction from the United States.

Recall the details: the first point of the “road map” to attract Russian tourists was the allocation of Turkish Airlines 1.5 million seats, which must be filled by three tour operators of Turkish origin – Anex, Pegasus and Coral. At the same time, as the Turkish media hinted, they tried to “pressure” the carrier with the threat of sanctions for active work with Russia. “Negotiations are currently underway between OFAC (Office of Foreign Assets Control under the US Department of the Treasury) and the US Department of Foreign Affairs and Trade,” Turkish Airlines Chairman Ahmet Bolat said. Read the details here.

The program also included the creation of a special airline – and, as it turned out, “Turkish” tour operators are ready to create even as many as three – and one has already been announced with the name and date of the flights. Tour operator Pegas Touristik announced the creation of a new airline called Southwind. The new carrier will be based in Antalya, operate with a Turkish license, but in fact it will be created on the basis of two airlines licensed in Russia, Pegas Fly and Nordwind. The company will begin work on five Airbus aircraft. Coral and Anex also announced the creation of their own airlines with Turkish licenses.

It should be noted that in order to launch these companies, some provisions of the sectoral law were “amended”. At the initiative of the Turkish General Directorate of Civil Aviation, a resolution was adopted that simplified the conditions for establishing an airline for Turkish tour operators for a certain period of time. The simplifications are as follows: $15 million of required capital reduced to $6 million and the required fleet of 5 aircraft to 3. Russia will be able to establish companies that will carry out commercial air transportation in Turkey without difficulty. These benefits will be valid for one year,” Turkish publications write.

However, this situation has also alarmed Turkish experts. They fear that “an attack of Turkification by Russian companies” will not go unnoticed. “It is not clear what position Russia will take in response to the operation to Turkify Russian companies or airlines?” Aviation experts say. They very much hope that as a result of these maneuvers, “relations will not be spoiled. “The fact that Turkish airlines provide block seats is an important and right decision to maintain good relations,” Turkish experts add.

For those who care about a healthy lifestyle, we recommend reading: “Scientists have calculated the waist size of a person necessary for health.”