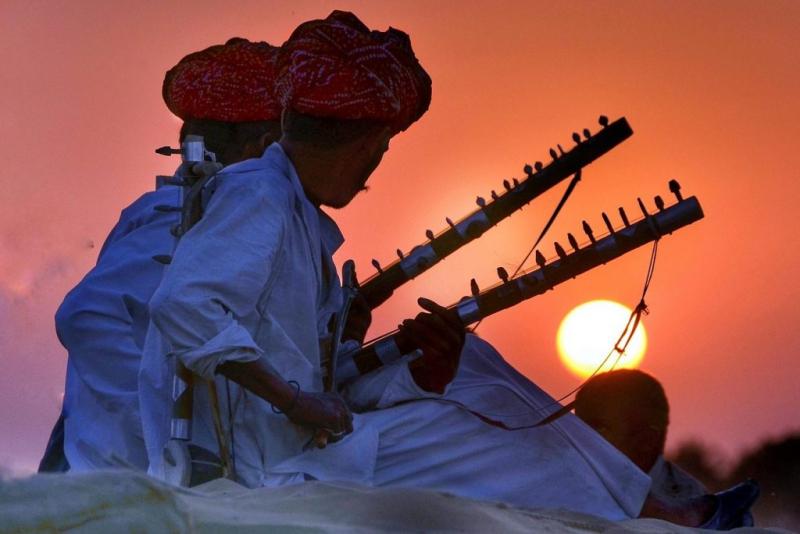 While India has set an ambitious, so-called [email protected] goal for tourism some two decades into the future, what’s really needed urgently right now is a long-overdue national tourism policy.

India is scheduled to finally resume international flights starting on March 27 after a two-year pandemic ban that contributed a devastating impact to the country’s tourism sector. Foreign tourist arrivals last year plummeted to 1.4 million, compared to nearly 11 million in 2019.

Since the pandemic began, the country reported 43 million infections so far, and around 516,000 coronavirus-related deaths. The good news is that India has administered around 1.8 billion vaccine doses and the recovery rate is now at 99 percent.

Yet as the world’s second most populated country anxiously prepares for a new beginning in two weeks, India is still relying on a national tourism policy that is two decades old. Given how much travel has grown globally since 2002, it seems surprising that India has not been able to finalize a plan in all that time.

Armed with a vision, a mission and a goal, the Ministry of Tourism in India has yet again released a draft national tourism policy in November 2021, following an earlier draft in 2015.

However, six years, four tourism ministers and five tourism secretaries later, the current tourism policy is still the one that dates back to 2002.

Why is that significant? A national tourism policy would help lay down a framework to make India more competitive in the international market, at a time when the world is now reopening to tourists.

At a time when tourism businesses in India have just started coming out of the worst business and social scenario in terms of the pandemic, guidance is needed more than ever. “A tourism policy is always good and helps create a statement of intent for the government,” said Ashish Gupta, consulting CEO of the Federation of Associations of Indian Tourism and Hospitality. “And at a time when businesses have been greatly affected by the pandemic, it is even more critical that the policy helps formulate a movement towards ‘what’s next?’”

While the “what’s next” is crucial, the tourism policy can also help pave the way for “how next”. And for a sector that contributes 9.2 per cent to the country’s total Gross Domestic Product and 8.1 per cent of the total employment (as per 2019 statistics), the ‘how next’ would be equally significant.

“The document is ready, we have seen it, the policy was discussed in detail and some good ideas came up during the discussion that we had with the ministry,” said Jyoti Mayal, president of the Travel Agents Association of India, who has been an integral part of the team discussing the policy with the ministry. “But I can’t really comment on behalf of the ministry why it’s taking them so long to bring it out.”

Mayal made a pertinent point here as she said that for a sector as important as tourism, the office of the Secretary of Tourism should have a tenure of at least five years, instead of the one or two years that the secretaries usually serve in office. “This would ensure that everybody is on the same page while working to build the industry and policies such as these see the light of day,” she stated.

Mayal further uderscored that point with an example and said that if for some reason the current secretary’s tenure comes to an end, the policy would again be left in limbo. “With a change in office, the vision changes and then everything along with it changes. Continuity is very important here. We have had enough of policies, we should now look at implementing these policies,” she explained.

The Ministry of Tourism acknowledges that since 2002 when the last policy was framed, there have been many changes in the tourism sector and related aspects. “The Ministry of Tourism takes a bigger onus and role in the new policy to facilitate the development of the tourism sector,” said Rakesh Verma, additional secretary for the Ministry of Tourism, Govt of India. “With five national missions on green tourism, digital tourism, hospitality sector skills, tourism micro, small and medium enterprises and destination management, the new draft policy aims at catapulting the tourism sector on a high trajectory of growth post pandemic.” Verma further mentioned that the ministry aims to make India a $1 trillion tourism economy by 2047 with 100 million international traveler arrivals, outlined in a so-called [email protected] plan.

“The draft policy is at a very advanced stage with multiple rounds of consultation with stakeholders already completed. The ministry will be pursuing for approval of the policy expeditiously. We should be able to launch the new policy in a matter of a few months,” Verma said, when asked for a timeline.

Sounding a note of caution, an industry veteran said that tourism and aviation are two sides of the same coin, hence the tourism policy would need to be backed by the aviation industry. “Without airlines, how will tourists come?” said Subhash Goyal, member of the National Advisory Council, which sits under the government’s Ministry of Tourism.

Hailing the Indian government’s recent announcement of resumption of scheduled international flights from March 27, after a two-year gap, Goyal — who is also the former president of the Indian Association of Tour Operators — called it the “much-needed light at the end of the tunnel” and dubbed the move a crucial step towards restoring normalcy: “Now would be the right time for India to come out with its tourism policy.”

The government is certainly mindful of the way in which Covid-19 has changed the tourism sector. As the draft policy mentions, “Tourism has been the most affected sector by the Covid-19 pandemic. It has highlighted the vulnerabilities of tourism sector and our capacity to respond to such crisis. Post Covid-19, it is highly unlikely that tourism will return to business as usual.” And while tourism stakeholders in India look for an opportunity to reimagine the future of tourism, it would be nice to have a document that helps them chart a path towards recovery.