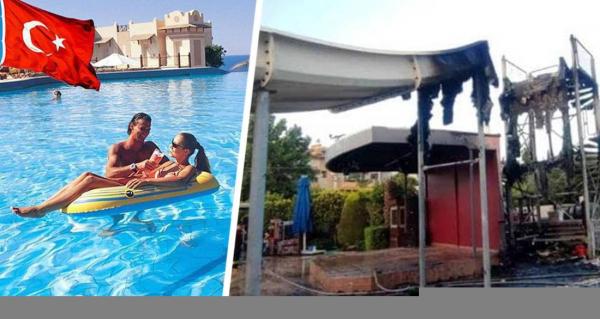 A fire in a hotel in the town of Datca near the Turkish resort of Marmaris in the province of Mugla frightened tourists. The fire broke out in the most unexpected place – on the high hill of the hotel water park. This is reported by the Turkish media, without naming the name of the affected hotel. Whether there were Russian tourists in this hotel, respectively, is not known.

First, the hotel staff tried to put out the fire on their own, but they failed. As a result, firefighters and rescuers were called. With the help of professionals, the fire was extinguished.

However, as the local media add, as a result of the incident, the slide became completely unusable. Part of the water park was also damaged. The causes of the emergency are still being investigated.

For those who care about a healthy lifestyle, we recommend reading: “Scientists have set the time for dinner, which can lead to a fatal stroke.”