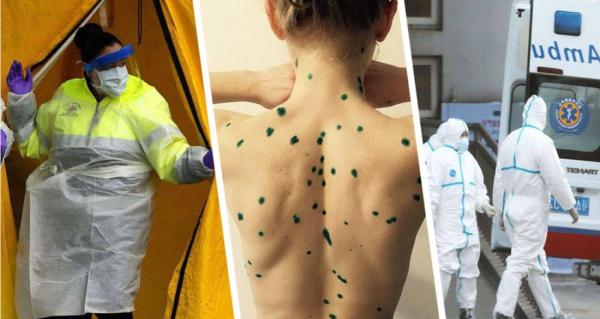 118 positive cases of monkeypox, a zoonotic disease, have been confirmed in tourists in European countries. The European Center for Disease Prevention and Control (ECDC) has reported the rapid spread of the virus.

According to the latest ECDC assessment, monkeypox is the most common infection of its kind in humans after smallpox. As of May 25, 2022, a total of 219 confirmed cases have been reported worldwide, with the majority of cases in young male homosexuals.

“In endemic areas, the monkeypox virus is likely to persist in nature by circulation among a number of mammals with occasional spread to humans. In endemic areas, it is transmitted to humans through the bite or direct contact with the blood, meat, bodily fluids, or skin/mucosal lesions of an infected animal,” the ECDC clarified.

The number of positive cases varies from country to country, with the largest numbers reported in Spain (51) and Portugal (37). Other countries such as France, Germany and Italy have reported five cases each, while six have been found in the Netherlands. Belgium, which is the first country to quarantine tourists infected with the virus, has registered four cases, while other countries such as Austria, the Czech Republic, Denmark, Slovenia and Sweden have registered one case respectively.

“Most of the current cases are accompanied by mild symptoms of the disease, and for the wider population, the likelihood of spread is very low. However, the likelihood of further spread of the virus through close contact, such as during sexual activity among individuals with multiple sexual partners, is considered high,” warned ECDC director Andrea Ammon.

The clinical presentation is usually described as mild, with most cases presenting with genital or perigenital lesions, indicating that transmission likely occurred during close physical contact during intercourse. Possible cases with monkeypox could be those who tested positive for a laboratory test result for orthopoxvirus infection, an epidemiological link to a confirmed or probable case in the last 21 days.

In addition, messages are sent to countries endemic for monkeypox in the last three weeks: tourists with multiple or anonymous sexual partners in the last 21 days can contract this infection. Men who have sex with men are particularly at risk of contracting monkeypox, the report stated.

In other countries, 101 cases of monkeypox have been confirmed in non-European countries, with the majority reported in the UK (71 people), Canada (15 people) and the USA (9 people). Argentina, Israel and the United Arab Emirates have confirmed one case each, Switzerland and Australia two each, and Morocco three.

There is no importation of monkeypox to Russia yet, said Anna Popova, head of Rospotrebnadzor. However, she did not rule out the identification of exceptional cases. At the same time, Popova added that the main task is to prevent the spread of the virus within the country.

For those who care about a healthy lifestyle, we recommend reading: “Doctors named 15 symptoms of monkeypox in a sick person.”< /p>
Источник