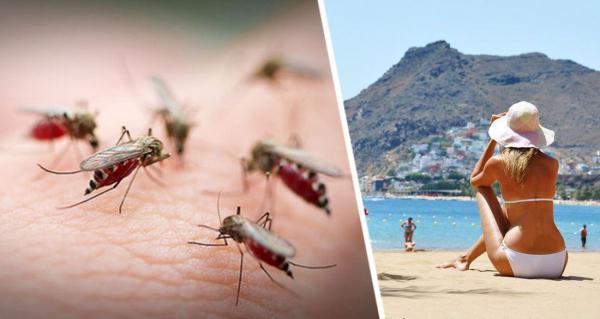 In southern Spain's Costa del Sol, local officials have so far been unsuccessfully fighting an invasion of mosquitoes that carry the deadly West Nile virus. Last summer, 8 people died from this disease and 87 were affected. The government of Andalusia, which includes the famous resort, has published a list of 47 high-risk areas for encountering dangerous blood-sucking insects.

According to health officials, the highest level is recorded in Benahavis, in Malaga. The authorities are implementing prevention plans as well as surveillance and control measures in these regions.

West Nile virus is usually transmitted by mosquitoes that bite birds and rodents, i.e. the latter are carriers of the virus, depositing it in both humans and horses. The Centers for Disease Control and Prevention has stated that “West Nile virus (WNV) is the leading cause of mosquito-borne disease in the continental United States. It is most commonly transmitted to humans by the bite of an infected mosquito. Infections occur during the mosquito season, which begins in the summer and continues until the fall,” the message said.

Some people develop mild flu-like symptoms, develop a skin rash, and may feel sick. The infection usually goes away on its own without treatment. The virus is not contagious. It can only be obtained from the bite of an infected mosquito.

The areas listed below are encouraged to promote specific prevention plans to minimize the potential exposure of tourists and locals to infections in the run-up to beach season.

In addition to urban disinfection, authorities are developing plans to communicate preventive measures. Drones are being used to spray areas where mosquitoes have been found and to destroy their eggs. Tourists visiting these regions are advised to follow the prevention and safety measures recommended by the local government.

The Minister of Health and Family of Andalusia, Jesús Aguirre, said that the publication of the risk map was a “preventive diagnosis” as no cases of the disease had yet been reported this year.

“Taking the data we had in previous years , we are looking at the colorimetric index of each of Andalusia's districts. The goal is to know where we need to be more careful in the face of summer,” he said.

The danger is that many people experience no symptoms, but the virus can lead to serious health problems and even death. According to the WHO, 20 percent of those infected suffer from symptoms such as fever, headache, fatigue, body aches, nausea and, to a lesser extent, skin rash or swollen lymph nodes. In some cases, the virus can cause a neuroinvasive disease such as encephalitis, meningitis, or polio.

Last year's outbreak, which was the worst West Nile virus ever recorded in Spain, started in the coastal towns of Coria del Río and La Puebla del Río before spreading to parts of Seville. In August, the outbreak quickly reached the coastal resort of Cadiz.

Help: West Nile fever is an acute vector-borne infectious disease transmitted by mosquitoes and occurring with polyadenitis, skin rashes and serous inflammation of the meninges, sometimes meningoencephalitis. West Nile fever has a distinct seasonality – from June to October, when conditions for the development of mosquitoes are most favorable. It is noteworthy that young people get sick more often.

For those who care about a healthy lifestyle, we recommend reading: “Dentist reveals how to identify diabetes by teeth and gums.”