On March 29, 1886, the world first tasted one of the world's most international and popular fizzy drinks

Coca-Cola was invented by American pharmacist John Smith Pemberton. He marketed “Pemberton's French Coke” as a remedy for “everyone whose sedentary work causes nervous prostration, indigestion, bowel and kidney disorders”, and also called it “a pure, delicious stimulant.”

The drink was in demand exactly until the dry law was introduced in a number of states. I had to come up with a non-alcoholic version. So the basis of the recipe appeared carbonated syrup with burnt sugar. After that, the triumphal procession of cola around the planet began.

The exact recipe of the drink is still kept in the strictest confidence, although it is known for certain that there are definitely no alkaloids in its composition. In honor of the birthday of the famous drink, we have collected some interesting facts from the history of cola.

How do you imagine Santa Claus? Most likely, in the form of a well-fed old man with a long white beard in a red and white robe. The Coca-Cola Company has invested a lot of money and effort and spent more than half a century to fix this image in the mind of the consumer.

This is how the Swedish artist Haddon Sundblom painted the winter wizard in 1931, commissioned by the company. Before this, Santa Claus looked more like a puny elf. 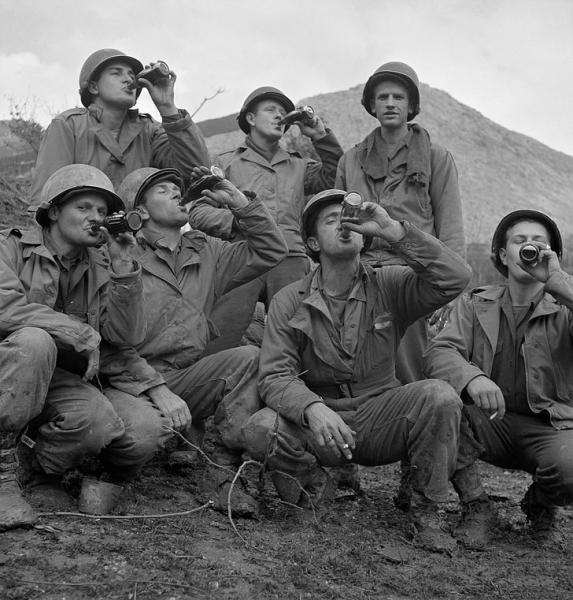 During the Second World War, the leadership of the Coca-Cola company convinced the American government that it was their drink that soldiers associated with their homeland and, therefore, raised their morale. Therefore, the company made a promise that was completely insane at that time: they say that every American soldier anywhere in the world will be able to purchase a jar of their favorite lemonade for a price of no more than 10 cents.

This is how the Coca-Cola factories appeared in Europe, and later in Latin America, and the funds for the organization of production were allocated by the US administration. By the end of the war, the company had already two-thirds of the market, and this result was achieved without much difficulty.

Coca-Cola is extremely popular in Africa, and in many countries – for example, in Kenya, Tanzania and Uganda – glass containers must be immediately returned to the seller, so the bottle is drained directly at the counter. Prices for cola and its analogues (fanta and sprite) in Africa are regulated by government programs, so a bottle of fizz is the same at any outlet.

Since the bottles are used repeatedly, the glass often looks slightly rough, worn, scratched. In addition, a bottle with the inscription “Fanta” can easily contain cola, and vice versa. It also happens that the lids are mixed up, but this does not bother anyone.

One 0.33 liter can of cola contains eleven teaspoons of sugar. This even exceeds the recommended daily allowance for an adult, but as a rule, the matter is not limited to one jar.

Diet Coke does not contain sugar – it is sweetened with sweeteners. It is curious that, since the Diet Coke drink was associated mainly with women on a diet, an analogue was also invented for men who monitor their weight, — Zero Coke .

In the late 1990s, Coca-Cola entered into special agreements with American schools, according to which educational institutions received from the company about 3 thousand dollars a year. For this, schools were deprived of the opportunity to sell other drinks on their territory, except for cola and its derivatives.

It turned out that throughout the school day, the children did not have the opportunity to quench their thirst with anything other than soda, unless, of course, they brought ordinary water with them.

Subsequently, the company was repeatedly criticized for this, equally as well as for another idea: once the corporation carried out a real campaign against ordinary drinking water. Marketers even wrote instructions for waiters on how to discreetly dissuade a client from buying water in favor of cola.

There are only two countries in the world where Coca-Cola is not held in high esteem and is still not officially sold – these are Cuba and North Korea. But many other countries have not been without translation difficulties, especially in China. Coca-Cola entered the Celestial Empire market back in 1928, offering a drink whose name for the locals sounded something like “bite the wax tadpole.” This is how the hieroglyphs were translated, which denoted the sounds “ko-ka-ko-la”.

Marketers had to thoroughly rack their brains to look for something more harmonious, but not too different from the original source. They found something like “ko-ku-ko-le”, which translated as “a mouthful of happiness”. Now, however, the problem has somewhat lost its relevance: the words “Coca-Cola” have become truly international, they are understood anywhere in the world.

Modern Coca-Cola definitely contains sugar, carbonated water, dye, phosphoric acid, caffeine, as well as several secret components, one of which, as you know, is extracted from the pomace of coca leaves, after it has already been extracted from there (for pharmaceutical purposes) cocaine.

It is said that the complete recipe for the syrup, on the basis of which the famous soda is prepared, is located in Atlanta, in a special vault. Only a few people have access to it, and the base for cola is produced only there – in a single place. Then the finished syrup is delivered to factories around the world, where, in fact, it is simply mixed with local sparkling water and bottled.

For this reason, the taste of Coke in different regions may be different. It's all about the properties of the water from which the final product is made. 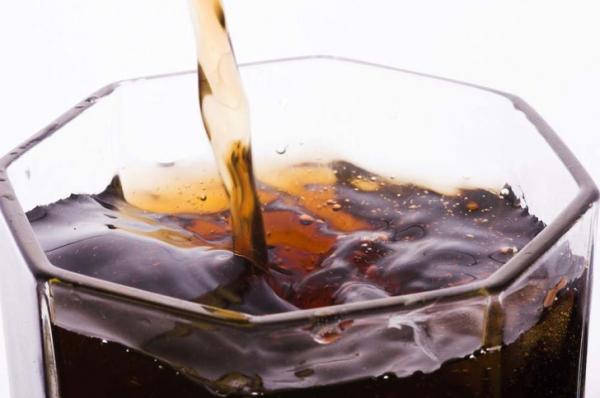 Orthophosphoric acid, which is part of cola, is indeed very aggressive. It is no coincidence that the trucks in which the drink is transported are coated on the inside with special materials that are resistant to corrosion. For the same reason, cola perfectly removes rust and plaque, gives shine to glasses and mirrors, it can clean metal, faience, and dissolve stains.

In India, crops are sometimes sprayed with cola to protect them from pests – it turns out cheaper than special products, but it works very effectively. However, hydrochloric acid, which is contained in our stomach, is even more aggressive, and therefore neutralizes soda, which, of course, does not mean that cola is a healthy drink. On the contrary, it really can literally dissolve the most diverse organic matter in a few days.

In different countries, Coca-Cola experimented with the most unusual flavors. In Japan, for example, green tea cola is popular, in South Korea mint sprite is popular, in New Zealand raspberry cola was sold throughout the year, the packaging of which is now a tidbit for collectors.

In Romania, enjoys great (Shokata) elderberry flavored fanta success. In France, coffee cola is sold – a double charge of vivacity, and in China, sprite with the taste and aroma of spicy ginger is very popular.