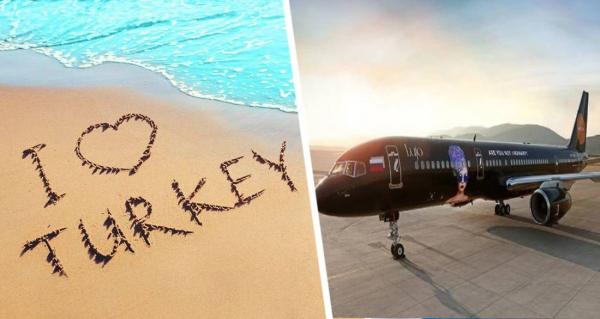 Lujo, one of Bodrum's luxury hotels, is relaunching its charter program for wealthy Russians on a business jet called the Lujo Black Jet. Recall that the program was announced back in January of this year, before the Ukrainian crisis. Then it was reported that in the summer season of 2022, the Boeing 757 Lujo Black Jet would fly to Kazan, Krasnodar, Yekaterinburg, Irkutsk, Mineralnye Vody and St. Petersburg. Also, we can talk about tourists from Tyumen and Novosibirsk. It was assumed that the average cost of tours – from $ 7 thousand for two people for 9 nights on ultra all inclusive. Read the details at the link.

According to the Turkish media, the launch of the program under the code name “Operation Rich Russian Tourist” has already taken place: a VIP group of 72 people who arrived in Bodrum on a Lujo Black Jet plane returned to Russia April 4th. These flights will reportedly continue throughout the year.

“The program has attracted the attention of 'elite' Russians due to the privileges it offers. Tourists who choose this tour begin to receive first-class service even before they arrive in Turkey. They have a 35kg baggage allowance and are serviced at a separate check-in counter upon arrival at the airport. Passengers also receive first-class service on board,” says a Turkish source.

For those who care about a healthy lifestyle, we recommend reading: “A nutritionist revealed a complete list of foods rich in calcium and how to use them correctly '.