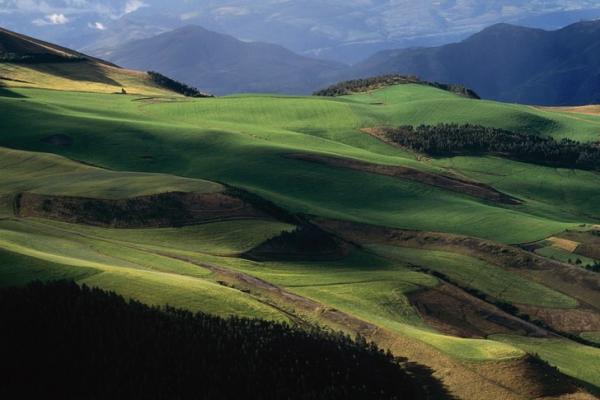 Ecuador is a compact and very beautiful country in northwestern South America. Getting there is not easy and not cheap, but the trip is definitely worth the money and effort

The country owes its name to the equator – the zero parallel crosses the territory of Ecuador 25 kilometers north of the capital Quito. A relatively small area accommodates a variety of natural areas. Moist evergreen forests (hylaea) in the north are replaced in the south by summer green forests and light forests in the center and semi-deserts in the southwest.

From the west, the country is washed by the Pacific Ocean, in the center are the Andes with cones of extinct and active volcanoes, and the eastern part of Ecuador is located within the Amazonian lowland. Locals call the coastal part of the country Costa, the mountainous Sierra, and the Amazon Selva. 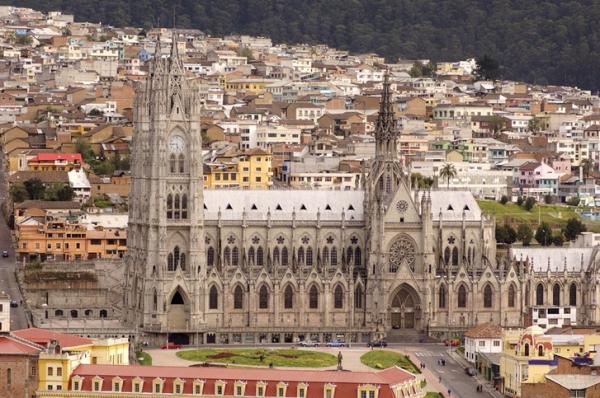 The country's capital, the city of Quito, is located in the Andes, on the southern slope of the Pichincha volcano, at an altitude of 2818 meters above sea level. By the way, this is officially the highest mountain capital in the world.

In 1978, Quito became one of the first sites inscribed on the UNESCO World Cultural Heritage List. In the colonial part of the city, many historical monuments have been preserved: the cathedral of the 17th century, monasteries richly decorated with carvings and stuccoes of ancient masters, secular buildings and mansions of the colonial period.

In the churches of San Francisco, San Agustín, La Campagna and Santo Domingo have huge collections of ancient statues and paintings. The Church of San Francisco is the largest colonial building built by the Spaniards in South America. 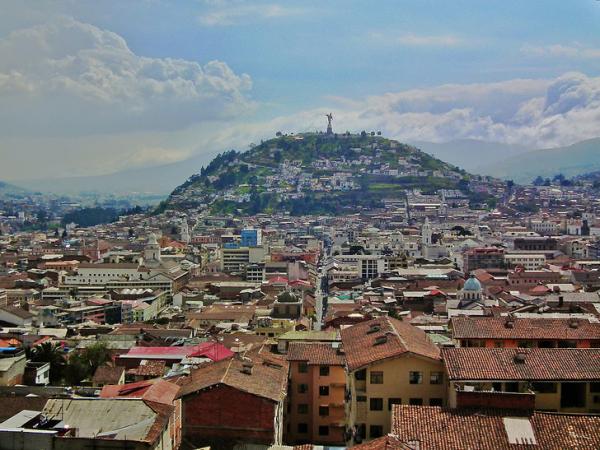 The sights of the city are not limited to colonial architecture. In Quito there is a TeleferiQo cable car that transports everyone to the Pichincha volcano. This is one of the highest ropeways in the world – the ride takes place at an altitude of 4100 meters.

The city has many museums, several large parks, and a botanical garden. One of the parks, La Alameda, houses the oldest astronomical observatory in South America. And on one of the hills, Panecillo, stands a statue of the Virgin Mary, or Virgin of Quito. 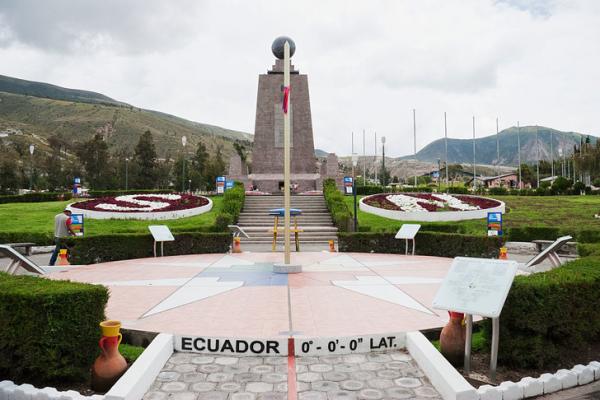 Just 26 kilometers from Quito are the Mitad del Mundo, or “Middle of the World” park and the Intignan Museum. A monument rises in the center of the park, along which a line is drawn, symbolizing the equator. The place where the equator passed was determined by the French geodetic mission back in the 1740s, and in 1935 the authorities of Ecuador erected a monument at this place.

Much later, with the advent of satellite navigation, it turned out that in fact the equator line runs 240 meters to the north, through the museum building. The monument was not moved, but the guides regularly show tourists where the real line passes. 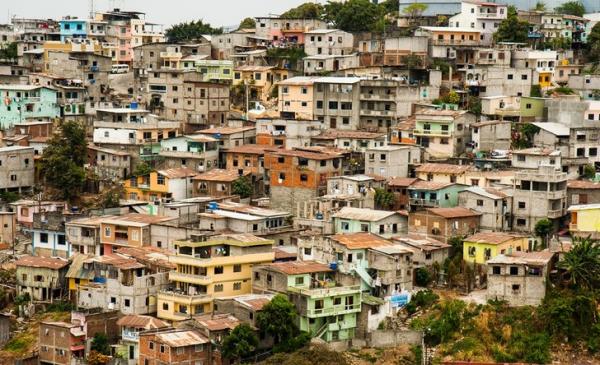 It is interesting that Quito is not the most populous city in the country; most residents in the city of Guayaquil on the Pacific coast. It is indeed a bustling metropolis, the main commercial center and main port of Ecuador.

Travelers are attracted by the historic center with colonial architecture, the Malecon and the reputation of Guayaquil as the capital of Ecuadorian cuisine. However, you should be on the lookout: the city is also considered the most criminal in the country.

The third largest city in the country, Cuenca, is located in the Andes, at an altitude of about 2500 meters. It was founded on the site of the ancient Inca settlement of Tomebamba. Cuenca is surrounded by mountains on all sides, four mountain rivers flow through it.

There is also something to see here: a cathedral with azure domes, several impressive churches and monasteries, an Ethnographic Museum with rare exhibits of the Inca era, museums of applied and contemporary art.

Near the city are the ruins of Tomebamba and the Inca fortress of Ingapirca, once a major political and religious center, turned by the Incas into a ceremonial castle and military fortification. 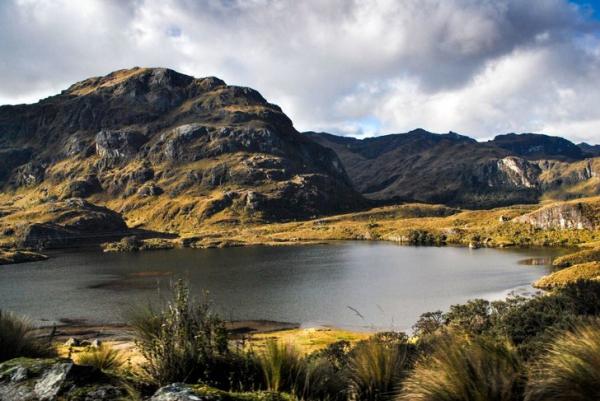 < p>Not far from Cuenca is one of the most impressive natural attractions of Ecuador – Cajas National Park. The altitude of the park varies from 3100 to 4450 meters above sea level. The vegetation here is represented mainly by wet alpine meadows – paramo.

There are about 270 lakes in the park, most of which are of glacial origin. The largest lake is Luspa with an area of ​​more than 78 hectares. Many species of animals live in the park, some of them are endemic.

On the northern edge of the park lives a large group of Huaorani Indians, known for living completely isolated and not in contact with the outside world until the middle of the 20th century.

Another attraction of Ecuador is the Road of Volcanoes. The mountain ranges that frame this path include 9 of the 10 highest peaks in the country. The highest volcanoes in Ecuador are Chimborazo (6310 m) and Cotopaxi (5897 m, pictured above).

By the way, the peak of Chimborazo  is the point of its surface furthest from the center of the Earth (due to the fact that the polar Earth's radius is 21 kilometers shorter than the equatorial one). Many of the Ecuadorian volcanoes are active, especially Cotopaxi: since 1738, about 50 of its eruptions have been recorded, the last one happened as recently as 2015. 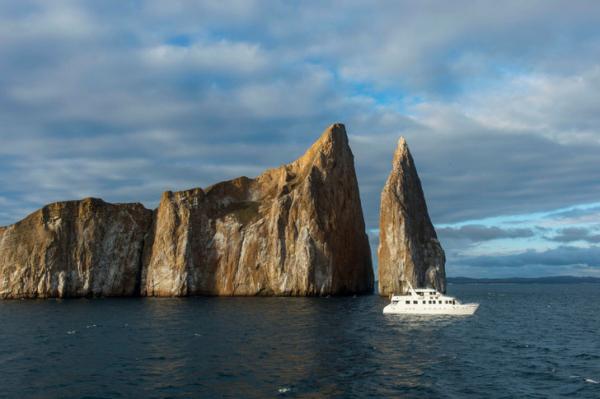 The last attraction on this list, but far from its significance, is the attraction of Ecuador – the Galapagos Islands. The archipelago is located almost 1000 kilometers from the coast of the country and consists of 13 main volcanic islands, 6 small islands and 107 rocks and alluvial territories.

The archipelago got its name from the Spanish word galápago— this is a species of sea turtles (in Russian they are called elephant turtles), which are found in abundance on these islands. Turtles can reach very large sizes – up to 1.8 meters in length – and live up to 100 years. 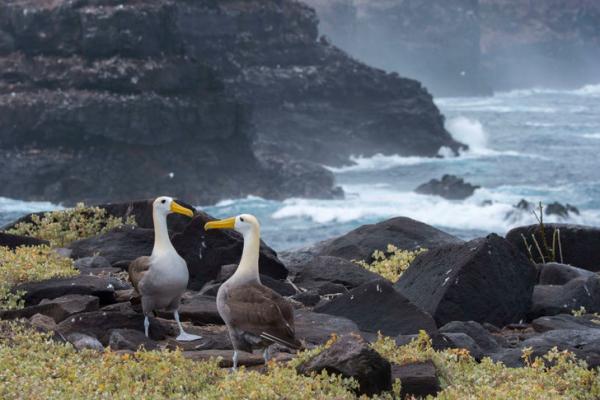 In addition to turtles, many other animals live here, most of which are endemic (like turtles): marine iguanas, flightless cormorant, Galapagos finch, fur seals, penguins, blue-footed booby, buzzard, iguana, reef crabs, albatrosses (pictured above) and many others.

In 1835, Charles Darwin visited the islands: it was the study of the flora and fauna of the Galapagos that became the first step towards creating an evolutionary theory of the origin of species.