Ghee is a traditional product of Russian and Indian cuisine. After appropriate processing, the properties of butter change. Not only can it be stored much longer, the main thing is that after melting, the butter loses milk fat and becomes much healthier

The Indians call ghee ghee. It is used not only in cooking, but also in cosmetology and medicine, attributing literally miraculous properties to this product.

For some, butter is a piece of fat that is guilty of a whole list of sins. Guilty of oil or not, the fact is that it is not entirely made up of fat. It would be more correct to say that butter is made up of three components: fat, water, and proteins in solid form. 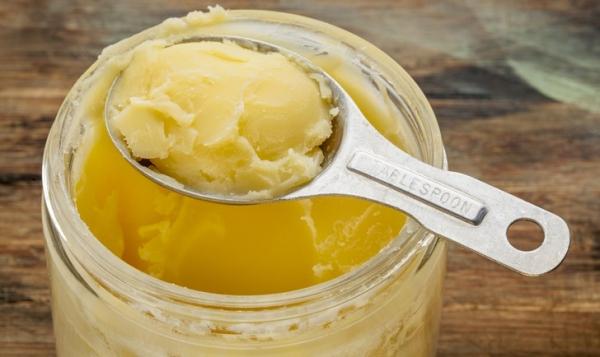 When rendering butter, we separate the fat and discard the rest. By using pure fat, we can simmer at higher temperatures without burning; when using whole oil, water prevents the temperature from rising, and solids (proteins) begin to burn and smoke already at 120 ° C.

One way to reduce this effect is to add a small amount of some kind of cooking oil. Another option is to use clarified butter. This is already pure oil without proteins, and until it reaches a temperature of 175 ° C, you have nothing to fear that a “fire” will happen. 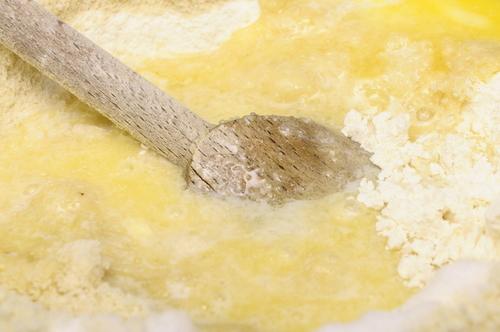 In India, where it is far from always possible to keep food chilled, clarified (ghee) butter (ghee) is used, which is prepared as follows: ordinary butter is melted over low heat and heated until the water boils away; as a result, proteins and sugars are slightly fried and the oil acquires a pleasant nutty taste. Eventually, ghee will also go rancid someday, which will affect its taste – it will turn sour, but the bacteria will not settle in it. 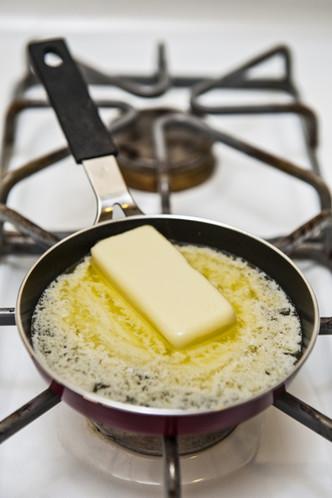 By the way, in Tibet they prefer ghee made from yak milk, and it is in a rancid form. As they say, tastes differ.

To clarify butter – whether salted or unsalted – it must be slowly melted over low heat, as it burns easily. Butter, water and solids will separate into three layers: foam with casein on top, clear yellow butter in the middle and a watery suspension of milk solids on the bottom.

If you used salted butter, the salt will spread between the top and bottom layers. Remove the foam from above and pour the clarified butter into another bowl, leaving the water and sediment in the container in which you melted the butter. You can also use a separator to separate the watery layer.

Another way is to freeze the entire mass, after which you can scrape off the top layer of foam from the hardened fat, which, in turn, should be separated from the watery layer. Don't throw away the casein foam, it has all the flavor of butter. It can be used to flavor stewed vegetables.

How to make ghee

We clarify the butter (at once a kilogram) and pour the clarified butter into plastic molds – each with a volume of about two tablespoons. After freezing, we take out the “oil molds” and place them in the freezer in a plastic bag. Then we take as much as we need.

Using melted butter oil for this classic dish, we get golden brown crispy potatoes. Despite the high temperature in the oven, the fat will not burn or smoke – because it no longer has solid milk particles. A cast iron pan works best for this dish. 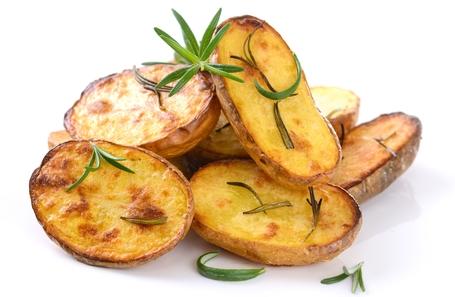 Preheat oven to 230°C. Choose a 21cm cast iron skillet with a matching lid and brush generously with melted butter.

Wash the potatoes, pat dry and cut into 3-4mm thick slices; peeling or not peeling the potatoes is your personal choice.

Spread the potato slices on the bottom of the pan in a spiral (in a circle) in one layer, starting from the middle of the pan; slices should partially overlap each other. Drizzle with oil and sprinkle with pepper and salt. Lay layer after layer, brushing them with oil, until all the chopped potatoes are used. Pour the rest of the oil over the top.

Place on the stove and lightly fry the potatoes over medium heat.

Cover the pan with a lid and place in the oven.

Bake for 30-35 minutes, until golden brown . The potatoes will become tender inside (test with a fork or toothpick). If you lift the bottom slices of potatoes with a knife or fork, they should be golden brown. If there is no crust, keep the potatoes in the oven for a while.

Shake the pan well to remove any potato slices that may have stuck to it. If necessary, use a wide metal spatula. Turn the pan upside down and dump the potatoes on a large plate, crust side up. This is how it should be served at the table.

From the book by Robert Wolke, Marlene Parrish “What Einstein told his cook about.” Moscow: Mann, Ivanov and Ferber, 2014.