The next country on the route Our next destination was Switzerland. The country is obviously expensive, and it is clear that even for a few days you can leave a fortune there. But is it really that expensive to buy some basic products in Switzerland?

To find out, the first thing I did was go to a supermarket in Zurich. Let's see together how much it will cost to collect a basic grocery basket so as not to die of hunger. 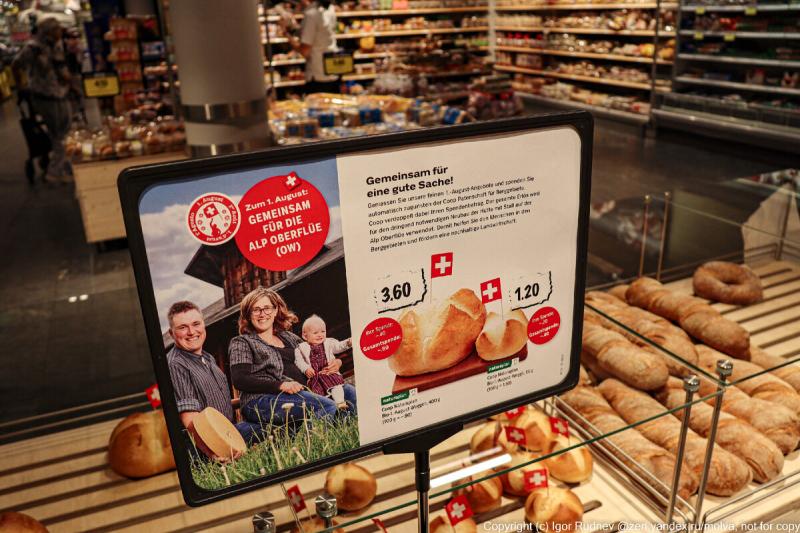 Swiss prices start to hit from the simplest products. A small bun costs 1.2 francs, that is, about 75 rubles. A similar one in the Russian Auchan will cost a maximum of ten, and if we compare it by freshly baked bread, then it is really much more expensive in Switzerland. 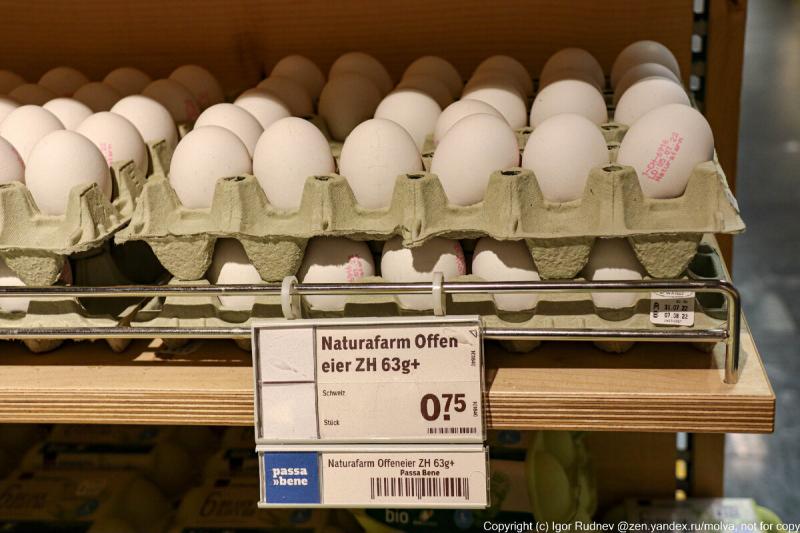 For some reason, eggs are sold by the piece. There are also sealed boxes of 6-12 pieces, but the cheapest eggs are without packaging. One egg costs 75 Swiss rappen, that is, kopecks or cents, as it is easier for anyone. This is about 45 rubles. Too expensive…

But sugar prices are quite reasonable. A kilogram package costs one franc, that is, 63 rubles. So if you have your own garden in Switzerland, it will be quite budgetary to make jam.

Buying canned food is also not that very expensive, but still 120 rubles for a can of “Bonduelle” will have to give. I haven't bought corn in Russia for a long time, but it will probably cost about the same, if not more.

You won't surprise anyone with yogurt for a hundred rubles either. Especially in Switzerland, where the average salary is six thousand francs a month. To us, this yogurt seems slightly above average in price, but quite normal, and to them it is one of the cheapest products on the counter.

If you look in the direction of something more expensive and sophisticated, there is Swiss cheese. Almost three thousand rubles per kilogram is certainly expensive, but just imagine how much it would cost us if they brought it. And again, in terms of salaries, it turns out quite well. pravda-li-chto-tam-vse-ochen-dorogo-dfc5d2e.jpg” alt=”Collecting a grocery basket in Switzerland. Is it true that everything is very expensive there” />

And finally, you can afford a can of German beer for 60 rappen or 40 rubles. This is definitely very budget friendly.

How do you like the prices in the Swiss shop? I would say that it is more expensive than ours, but in terms of salaries it turns out much cheaper.