In the same way, different traditions intertwined in the history of the country – Middle Eastern, Mediterranean, Middle Asian, African, which created the original Moroccan cuisine.< /p>

The most famous dishes of Moroccan cuisine, known to almost the whole world, – tagine and couscous. 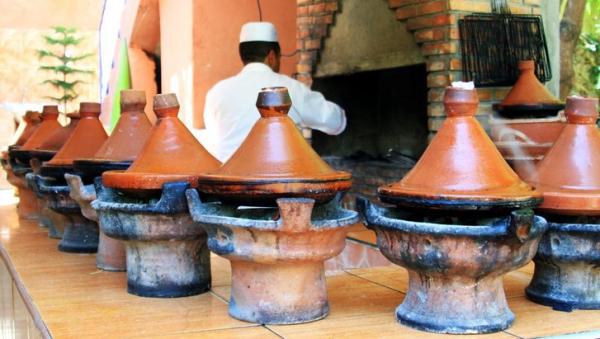 A tagine is both a dish and a cooking method in a conical pot in which meat and other ingredients are slowly simmered. Tajines are usually made from lamb or chicken, but fish can also be used. Potatoes, carrots and other vegetables are added to the main component to taste.

Couscous  is both a dish and a cereal, rolled by hand from flour by Berber women. It takes the hostess several hours to make the right couscous in sufficient quantities.

Cooking couscous in several stages. First, meat and vegetables are simmered in broth for hours, then couscous is steamed separately, mixing everything only when serving. One of the popular recipes for couscous is called “7 vegetables” because, according to the Moroccans, the seven brings good luck. Vegetables may vary slightly, but the quantity should remain the same. 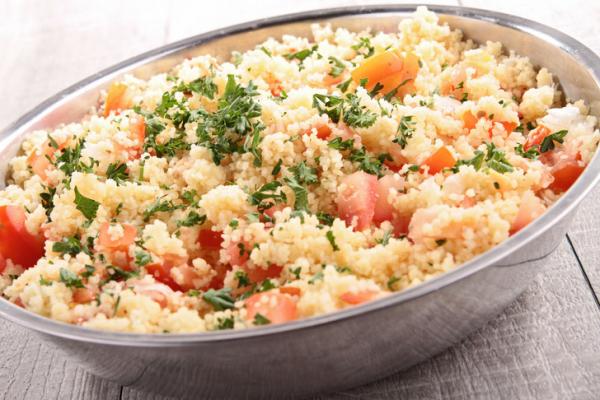 Bistiya, or pastilla, or bstella” is the name of a Moroccan pie made from very thin puff pastry. The filling is chicken meat, poured with lemon juice and sweetened almond crumbs, eggs and onions. Sprinkle the top of the cake generously with powdered sugar and ground cinnamon. Served as an appetizer during festive feasts. 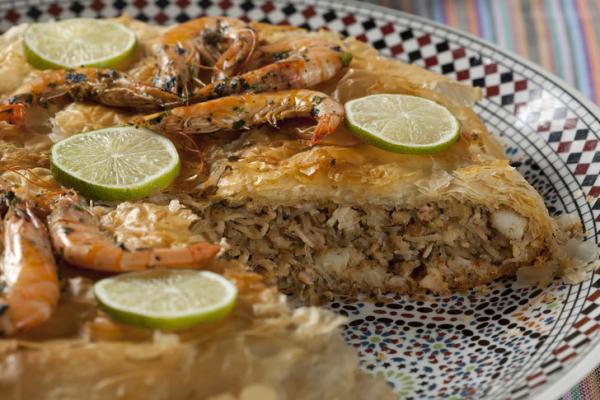 Harira soup – suggest that its recipe was invented by the Berbers. It is cooked from lamb, seasoned with chickpeas, vegetables and seasoned with turmeric. Why the soup turns yellow. 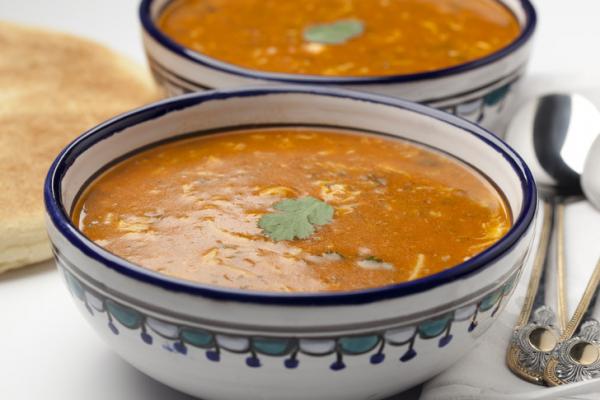 Kaab el-gzal – a sweet bagel stuffed with ground nuts. Its name is translated from Arabic as “horns of a gazelle”.

Cut the onion (1 kg) into cubes and fry in a deep saucepan for a couple of minutes in a mixture of vegetable (0.25 l) and butter (100 g). Add lamb (large pieces on the bone), 5 cinnamon sticks and fry a little. Pour cold water to cover the meat, bring to a boil and simmer for about an hour.

Add coarsely chopped carrots and daikon. After half an hour, add cabbage, garlic (can be crushed and mixed with olive oil), ginger, turmeric, salt, pepper, a bunch of cilantro and parsley.

After another half hour, take out a bunch of greens and add coarsely chopped potatoes, zucchini, pumpkin, green pepper. Cook over low heat for another half an hour. Pour the couscous into a bowl, salt (1 tbsp), add olive oil (0.25 l), mix with your hands, rubbing and gradually adding water (1 cup).

Add 300 g of butter to the finished couscous and mix. 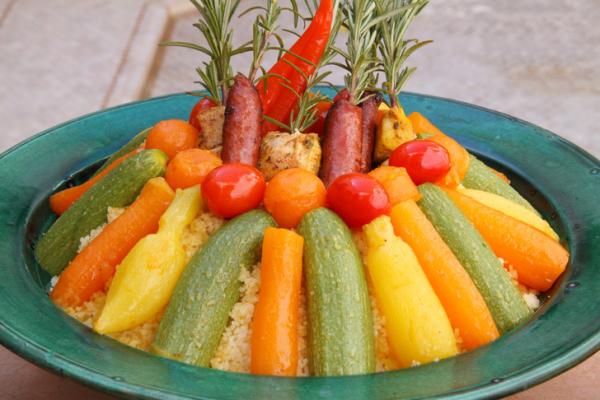 Cut the onion into rings (1 kg) and stew in a mixture of vegetable (0.25 l) and butter (100 g) with raisins, sugar, 2 cinnamon sticks and ground cinnamon.

Place the couscous in a large dish, lightly crushing the top and sides with a spoon. Place lamb pieces on top, vegetables on the sides, pour tfaya sauce on top and sprinkle with beans, rice, wheat, preheated in broth. Sprinkle with pumpkin seeds. Separately, serve the broth in which the meat and vegetables were cooked.