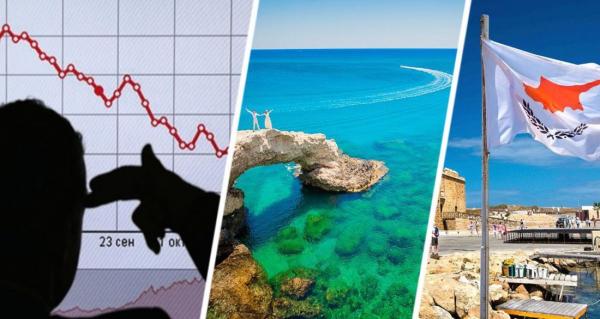 The closure of airspace for Russian aircraft with the approach of the summer season sets up Cyprus, beloved by our compatriots, for a disastrous tourist season. Such a sad statement was made by Russian Ambassador to Cyprus Stanislav Osadchiy. As Cypriot media noted, the more than a month-long events in Ukraine have significantly affected the European Union, causing the prices of some goods to rise sharply, in addition to the impact of the pandemic on various sectors, especially tourism.

However, the consequences of sanctions dictated by the EU and introduced because of what is happening in Ukraine are not only felt by Russian tourists. To a greater extent, their influence was noted by the Cypriots themselves, whose economy is highly dependent on tourism. What is especially sad for the Cypriot authorities is that one of the leading sources of the tourism market – the Russians – this year, most likely, will not go to the resorts of Cyprus, but will choose other open competitive destinations. For example, Turkey.

It so happened that Russians and Cypriots have close ties, which are manifested in economic indicators: hundreds of thousands of Russian tourists have consistently come to the Mediterranean country. In addition, more than 100 billion euros of investments in 2020 came from Russian businessmen and oligarchs – this is about a quarter of all foreign investments and a significant contribution to the development of the island.

Cypriot Finance Minister Konstantinos Petrides confirmed that the situation is not entirely comfortable , pointing to the consequences of the sanctions imposed on the Russians. At the same time, he is optimistic, hoping for a speedy resolution of the conflict and the return of tourists from Russia.

“We expected that this year there will be a million tourists from Ukraine and Russia, which is about 20-25 percent of the tourism market in Cyprus. The key point is the duration of this crisis. If it's over in a month, we'll come out unscathed. If it lasts longer, no economy will be able to come out clean,” the finance minister was quoted as saying.

However, Russian Ambassador to Cyprus Stanislav Osadchiy sticks to a more realistic scenario. According to him, Russian vacationers will not come this season and will most likely choose Turkey as their holiday destination. The ambassador added that the closure of the airspace for the Russians as summer approaches prepares the Cypriots for a disastrous tourist season and waiting for them in vain.

The President of the Cyprus Hotel Association, Haris Loizides, also stressed that the flow of bookings from Russia was very good, while the air space was not closed. “We contact tour operators from Russia and they are disappointed. We managed to survive the last two years in very difficult circumstances, and we hoped that 2022 would return us to normal life,” he said.

Moreover, Cyprus received over 115,000 tourists last year, showing an increase of over 1.196 percent compared to the first two months of 2021. These were the results under pandemic restrictions. However, the indicators will disappear due to a sharp outflow of Russians.

In addition, last year Cyprus stopped issuing “golden visas” that allowed foreigners, especially wealthy Russians, to live in the National Assembly in exchange for solid investments in the country. Through the program, Cyprus has amassed around 7 billion euros by providing passports to many Russian oligarchs. However, sanctions imposed on Russian citizens, including a freeze on the assets of Russian oligarchs and a dozen luxury apartments left unsold, as well as Russians' investments in real estate, have left wealthy tourists from Russia without any opportunities, undermining the country's credibility.

For those who care about a healthy lifestyle, we recommend reading: “The Russians were told who should not eat rolls.”