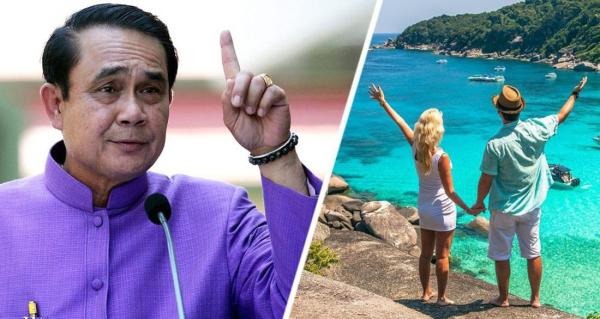 Against the background of the events of the last month, Thailand's tourism has grown tired of being chased and dependent on seasonal tourists and has found a new target audience for the main resort island of Phuket. We are talking about foreign remote workers, i.е. “digital nomads” who can stay in the country for a long time and support the Thai economy. It is for them that Phuket officials want to create a separate visa scheme, Thai media said. First of all, we are talking about high-class programmers from Russia, as well as other developed countries – primarily from Germany and the USA: now such people will be able to work in parallel and enjoy Thai exoticism.

The proposal has been sent to the Office of the Deputy Prime Minister and Minister of Foreign Affairs by Phuket Provincial Government President Rawat Arerob.

As part of the proposed Phuket X Community for Digital NOMADs visa, foreigners will be issued a work permit and a legal residence document in the island resort province from six months to a year. The visa scheme will also allow foreigners to open bank accounts, register up to three vehicles and buy health insurance for the duration of their stay in the “land of smiles”.

The head of the Phuket administrative organization noted that many “digital nomads” can afford long-term residence abroad and at the same time have a good income – such a group of wealthy freelancers can help stimulate tourism on the island and the economy as a whole.

“Digital nomads are foreign tourists working in the world's leading companies in the field of digital, information technology and the Internet. They are a group of people who live, travel and work at the same time, using the Internet as their main tool for making money,” he explained.

In addition, some remote workers run their own business or work independently on freelance or contract basis. For example, these are programmers, graphic/web designers. Other foreigners make money trading cryptocurrencies, writing articles and blogging, and teaching English online for companies based abroad.

The tourism industry in Phuket Thai has been hit hard during the pandemic. Offering visas and work permits to “digital nomads,” the official expressed hope that the island would no longer be more dependent on seasonal tourists and would “get back on its feet” soon. He added that the increase in the number of “nomads” on the island could also lead to new business opportunities, such as the opening of co-working centers, cafes and restaurants.

For those who value a healthy lifestyle, we recommend reading: “Mistakes Revealed When Wanting to Lose Weight in 20s, 30s, 40s, 50s and 60s.”