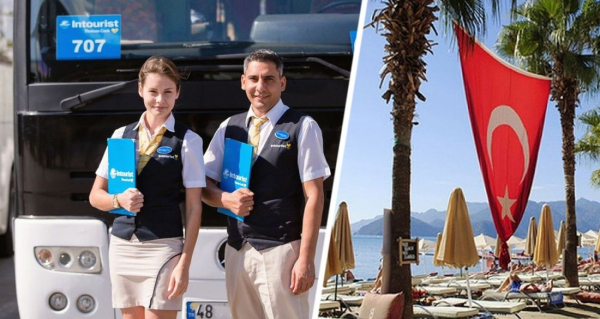 The start of sales of tours to the resorts of Turkey in the summer season 2022 was announced by the tour operator Intourist, the company's press service reported. We are talking about expanding the geography of our own charter flights from the airport of the southern city of Russia to the main resort province of Antalya from April 28.

N.B. Earlier, Turprom wrote that Anex is starting operations with Turkey from 4 cities of Russia: an important statement has been published – details here.

Starting from Thursday, April 28, Intourist's summer “flight” to Antalya from Mineral waters will be carried out according to the following schedule:

Flights to Antalya will be carried out three times a week: on Tuesdays, Thursdays and Sundays.

Tourists who have previously received confirmation of their applications – we are talking about the flights of the airline AZUR air – the tour operator will offer to transfer to the flights of the Azimuth airline. Surcharge required.

The Intourist program from the “new window” was formed on the wings of the Azimuth airline and will be carried out on domestic Sukhoi Superjet 100 (SSJ-100) aircraft with a capacity of 87 to 108 passengers. The tour operator plans to resume its own flight program to the most massive foreign destination among Russians from other Russian cities.

According to the press service, sunny weather and a wonderful beach season are expected again in the summer season on the Mediterranean coast of Turkey. At the same time, many hotels that Intourist works with have heated pools, hammams, as well as sports, health and beauty centers. Hotels traditionally offer various all-inclusive meal options.

What are the prices?

As for the cost of package tours, Intourist offers the following charter options with a departure from the Mineralnye Vody: the price of a package tour, which includes flights, transfers and all-inclusive meals with accommodation in a three-star hotel for 7 nights, will cost Russian tourists from 94 thousand rubles, in a four-star hotel on the same conditions – from 97 thousand rubles, and in a five-star hotel – from 108 rubles for two (departure on May 1). The increased rates are due to the high demand for holidays during the May holidays. A similar package, but with a flight to Antalya on June 3, will cost travelers less: in a three-ruble note – from 89 thousand rubles, in July – prices are about the same, but in August – the peak month – for the same tour, Russians will pay from 97 thousand rubles for two.

Other operators also announced large-scale plans for summer Antalya. Tour operators PEGAS Touristik and Biblio Globus presented their own flight program in this direction. From April 29, flights are resumed as part of package tours on the wings of Turkish Airlines in cooperation with ANEX Tour, and from April 30 – with Coral. In addition, calculated tours on Turkish flights to Antalya, Bodrum and Dalaman are presented in the PEGAS Touristik booking system.

For those who care about a healthy lifestyle, we recommend reading: “Studies have shown what people eat one plastic card every week.”