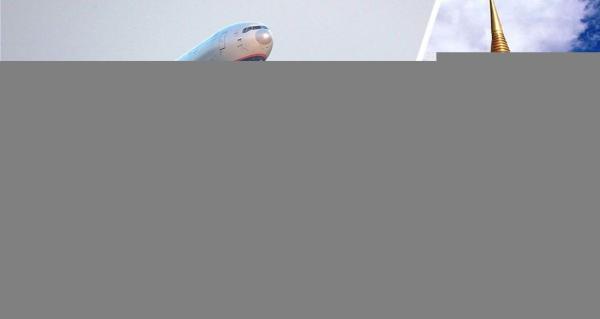 As early as seven weeks ago, European carriers used Russian airspace as the most efficient route between their hubs in Europe and destinations in Asia. However, with the beginning of the special operation, everything changed, and the closure of Russian airspace for airlines of “unfriendly” countries was beneficial for some. For example, Thailand, since more transit aircraft can pass through the territory of the kingdom, Tiger noted, citing statements from the kingdom's Ministry of Transport.

By the way, earlier Turprom wrote that another country received its benefit from the closed Russian sky for Western countries. Read the details in the article “After the Russian skies were closed, foreign planes flew en masse through Kazakhstan.”

The agency called on Thailand's Aeronautical Radio Surveillance (Aerothai) to develop a contingency plan in preparation for a potential increase in air traffic through Thai airspace as some airlines' international flights are forced to use extended flight corridors to avoid flying over Russian territory. By the way, Chinese airlines continue to use Russian airspace between Europe and China.

The ministry issued the order after the United Nations International Civil Aviation Organization (ICAO) discussed the situation with the country's prime minister on April 5. Transport Minister Saxayam Chidchob said he has ordered Aerothai to review airline route data and air traffic volume passing over Thailand in order to develop an appropriate contingency plan, the publication reported.

As Thailand is ICAO's Asia Pacific base, some airlines may need to refuel in the kingdom before continuing to a distant destination, so the agency will need to consider each airport's ground handling capabilities.

Most airlines flying between Europe and Asia have moved their flights south to avoid Russian airspace. Instead of flying east across our vast country and then south to destinations in Japan, South Korea, China and other Southeast Asian countries, flights now head south first to cross Turkey, Central Asia, China and Mongolia. Traveling eastward, this adds approximately one hour of flight time. As a result of the detours, flight times on east-west routes may require an additional 3 hours. The Minister of Transport explained that he had instructed the authorities to prepare the necessary information “in case we have to work with the ICAO on the issue of airspace.”

Meanwhile, Thailand will ban Russian commercial airlines carrying passengers or cargo from flying to Thailand during that time, the ministry said in a statement. Special exceptions can be made for humanitarian reasons, i.e. to evacuate stranded Russians.

“The government remains neutral because we are not a party to the conflict… No hesitation left or right. We must follow the position of the United Nations,” the statement said.

Although the neutral position of the Thai authorities was not observed in reality. So, last month, Thailand was among 141 countries that voted for a resolution condemning Russia's special operation in Ukraine. The vote took place at the 11th emergency special session of the UN General Assembly. More recently, however, Thailand joined 57 other countries, including Malaysia, Indonesia and India, in abstaining from voting to remove Russia from the UN Human Rights Council.

For those who value a healthy lifestyle, we recommend reading: « Doctors have named foods that you need to eat at night to sleep well.”