Travel planning service OneTwoTrip revealed where its customers traveled by plane and train during the long weekend in May, as well as how they booked hotels. Among the most popular destinations are Moscow, St. Petersburg, Sochi and Krasnodar. 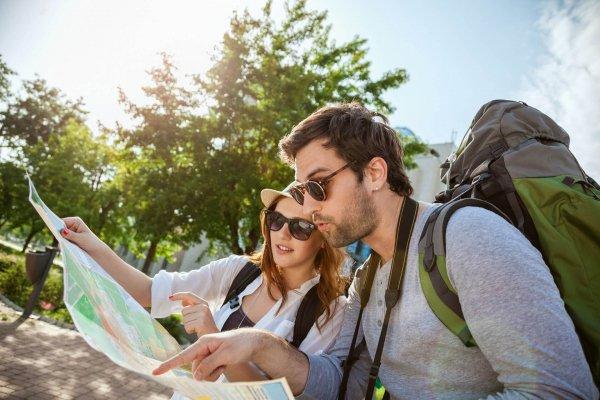 The top Russian cities where tourists flew most often did not change over the year. The first line is still occupied by Moscow, followed by St. Petersburg and Sochi. Popularity grew near the Northern Capital by 25% and Sochi by 23%, while in Moscow there was a decrease of 12%.

Many Russians traveled to Kaliningrad in early May, last year the city did not enter the top, and in 2022 the demand for flights here increased by 72%. The fifth place is occupied by Mineralnye Vody, where they began to fly 30% more often. In addition, the top ten includes Yekaterinburg (interest in the destination increased by 15%), Makhachkala (+81%), Kazan (-11%), Ufa (+16%) and Volgograd (+64%).

< p> The average cost of a flight in Russia during the May holidays was 6,900 rubles per person one way.

Top 10 popular cities for flights in Russia and the share of bookings for each of them in the total number of orders :

Among foreign countries, Armenia, Tajikistan and Turkey were the most in demand in early May. It should be noted that the demand for flights to Armenia decreased by almost 60%, while to Tajikistan, on the contrary, it increased significantly: a year ago, during this period, the restoration of air traffic with the country began. Bookings to the cities of Turkey for the past holiday weekend were made eight times more than in May last year.

Average cost of a flight abroad in early May it was 23,000 rubles per person one way.

Top 10 popular countries and the share of bookings for each of them in the total number of orders:

Most Russians, as in 2021, traveled by train to Moscow and St. Petersburg during the May holidays, although the popularity of cities has changed somewhat: the share of the Northern capital decreased by 8%, and Moscow increased by 3%. Sochi occupied the third line, the direction became more popular by almost 40%.

In addition, a lot of railway tickets were issued to Krasnodar (demand increased by 46%), Rostov-on-Don (+44%) , Nizhny Novgorod, Yekaterinburg, Kazan and Tyumen. Yaroslavl closes the top.

The average cost of travel by train in early May was 2,900 rubles.

Top 10 popular destinations by train and the share of bookings for each of them from the total number of orders:

Of the five most popular cities in which tourists stayed in early May, St. Petersburg took the first place: the demand for hotel bookings in the city increased by 14%. Moscow dropped to the second line, its popularity decreased by 3%. In third place is Sochi with 7% of orders (the share increased by 5% compared to 2021). The list also includes Kazan (demand for rental housing increased by 14%) and Nizhny Novgorod. Among foreign cities, Minsk is the leader with a share of bookings of 3.4%, Istanbul – 1.7% and Yerevan – 1%.

Top-5 popular destinations for hotel bookings in Russia and the share of bookings by each of them of the total number of orders:

Over the year, the indicators in terms of time spent in hotels have not changed much . More than half of all bookings, or 47%, were for one night. Accommodation for a period of four to seven nights was required in 26% of cases. Bookings for two or three nights were 23%, and long-term rentals for a period of eight nights or more amounted to 4%.

The average price for a room in a three-star hotel was about 5,000 rubles per night.