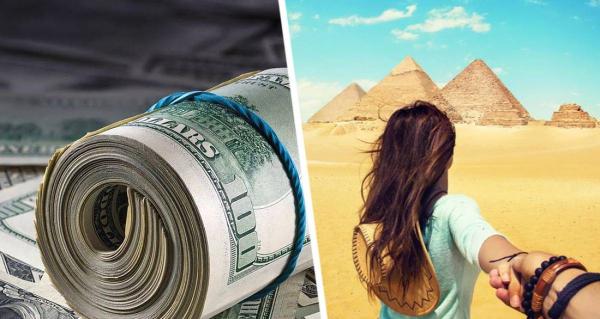 A Russian woman traveling to Egypt decided to buy cash dollars in Russia and experienced “a multi-act currency tragedy” as US cash has not been seen in her hometown since March. She told the details of how she managed to get the “cash” on her Yandex.Zen channel.

According to a compatriot, after monitoring offers to buy cash dollars in Stavropol, she realized that after the February events it was almost impossible to find them at an adequate rate: all available banks sold the currency at a “predatory rate”.

“One way or another, in May-June, although not without difficulty, I found exchange opportunities in Egypt at the rate of 68 (this is for the locals, and you have to look for that. But tourists are charged at an overpriced rate). The official rate in July revolved around the 55-57 marks. The Internet happily gave out several exchange options in my city at a rate of no more than 60-61. I happily started calling banks with a “good” rate … and found out that they had not seen “live” dollars there since March, and they don’t expect to see them in the near future … Promsvyazbank and Alfa Bank had a good rate. But in both banks he represented that same spherical chicken in a vacuum – just numbers on the screen. Sell ​​as much as you want. By 58, 60, 62, 64 (depending on the bank and date). Buy – only 15 rubles more expensive than the rate of the Central Bank. Yes, there were dollars in some Sberbank branches, but at the rate of 69-70-71,” the Russian woman told about her tragedy.

The search led the tourist to relatives who, fortunately for her, planned to sell the currency. “In the end, I bought 64 rubles each … otherwise I would have flown like that plywood over Paris. I was mentally unprepared to buy more expensive than in Egypt,” the author concluded.

Earlier, Turprom wrote that “With Egypt – the farther, the worse, with Turkey – even sadder: the Russian woman was shocked by the prices on air tickets.

For those who care about a healthy lifestyle, we recommend reading: “A nutritionist revealed the reason why organ meats are healthier than plain meat.”