There is an opinion that the Russian language is not treated very well in the Baltic countries. Like, they don’t want to speak it, the Russian-speaking population is oppressed and everything like that. You can agree with this opinion only if you have never been to the Baltics.

Not so long ago, I was passing through Vilnius for several days and on purpose I set up a small experiment – to talk to everyone only in Russian. I was just wondering how people would react. And the reaction exceeded all my expectations…

When I addressed people in Russian, there was never such a thing that they could not answer me. Someone speaks Russian as a native language, mostly representatives of the older generation. Young people in their thirties and younger also know Russian, but their accent is already clearly distinguishable.

There was even one such case when an elderly woman approached me in the store and asked me to read what is written on the box with the cake (I forgot my glasses at home). Addressed in Lithuanian. "Sorry, I don't understand. Do you speak Russian? I asked politely. “Yes, of course.” The woman replied with a smile. By the way, that cake turned out to be stale and she did not take it. -v-pribaltike-rasskazyvaju-kak-s-etim-obstojat-dela-v-vilnjuse-f3053fe.jpg” alt=”They say they don't like Russian in the Baltics. I'll tell you how things are in Vilnius” />< /p>Orthodox Cathedral in the center of Vilnius, opened under Alexander II quite a lot – about ten percent. These people may not know Lithuanian at all or know at the level of a third foreign language (everyone also speaks English quite well), but they live quietly in Vilnius and do not experience any inconvenience.

Self-service checkout in a Lithuanian supermarket

Self-checkout menus in stores are offered in three languages: Lithuanian, English and Russian (see photo above). Why are there supermarkets, even if you buy a SIM card in a communication store, the instructions for it will be written in two languages. 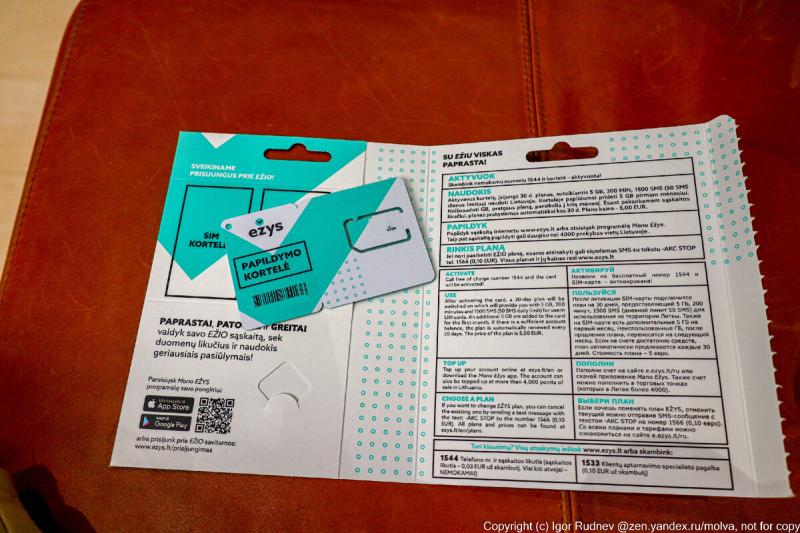 Lithuanian SIM card. Instructions for use in Russian and Lithuanian and didn't even look at it. There is so much Russian speech on the streets that it is not perceived as something foreign: yes, most of the population speaks Lithuanian, but there are no difficulties in communicating in Russian.

So if in any doubt, it's best to go and see for yourself. It may very well be that our ideas about some things are far from reality.