Altai — a place of amazing beauty, but sometimes the impression of these beauties is overshadowed by various small, but very unpleasant moments. You have probably heard about one of them – these are ticks.

I went to Altai last summer, in June. And it seems that the time is not the most ticklish, but during the nights in the tent I had to be a little nervous.

The most time for ticks to revel in Altai is May. At this time it is already warm, but not yet hot, and these comrades also do not really like the heat. But even if you are traveling in midsummer in July, you should still think about protection against bloodsuckers.

Nothing new in terms of protection against I won’t say ticks: spray repellents from spray cans and check for ticks on your body more often – these are the surest ways. Well, try to climb less on the high grass… There are a lot of signs warning about ticks in Altai

But even if you are not a savage traveling around Altai and plan to stay in civilized conditions, some problems with comfort may still arise.

There are expensive and high-quality hotels in Altai, I don't argue. But even after leaving the gates of an expensive hostel, you will see something like this:

The infrastructure in Altai, frankly, is not very good. The federal highway Chuisky Trakt is in good condition, but everything else…

In small villages around Lake Teletskoye, asphalt is often not paved at all, so after rain, wet clay is formed that sticks to shoes, and in times of drought, after the passage of any car, dust is a pillar. 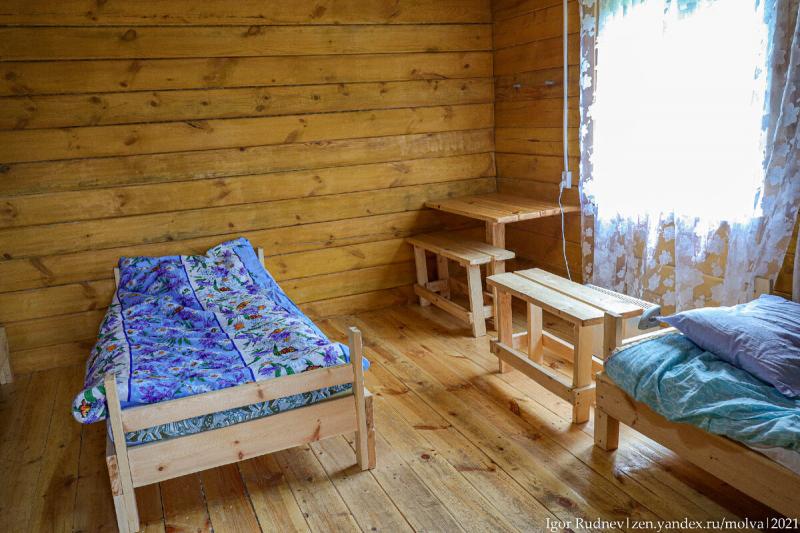 In the middle price segment, living conditions are approximately the same as in the photo above. There are three beds in the house, two sockets, a wooden table with a bench and, in fact, that's all. Toilet "heart" in the yard, the washbasin is in the same place.

Not all placements are like this, but it happens. Moreover, for very limited comfort they take quite normal money, a thousand and a half per day per person. In more popular tourist locations on the contrary, there is a bias in the other direction. There, they try to shake off as many pennies as possible from tourists, and sometimes for things that are not entirely clear.

Here is one very illustrative example: the passage by car to the Chemal hydroelectric power station, which was in the previous photo, is closed by a barrier. If you want to drive, pay money.

Of course, there is a free bypass, but not everyone knows about it, and many pay money for what they could get for free.

Despite all these minor annoyances, the nature of Altai is worth seeing. So stock up on tick repellents, pack your sleeping bags, and head out to see snow-capped mountains and mountain streams — you won't regret it!