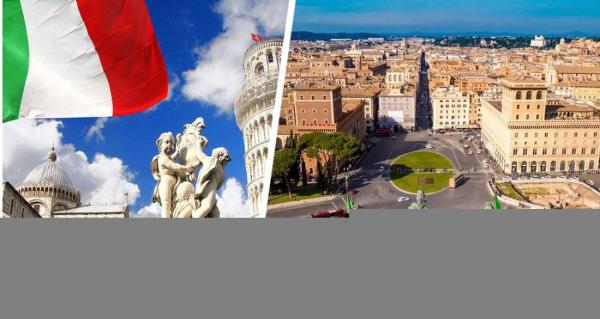 Italian police have detained a tourist whose drone crashed into the roof of the historic Palazzo Venezia in central Rome. The incident occurred last Saturday, Italian media reported.

According to the local press, a 39-year-old traveler from Argentina lost control of the drone and the device landed straight into the museum, the construction of which dates back to the 15th century and is considered a world-class architectural monument . At the same time, the man did not have permission to launch it. The carabinieri seized the device and informed the tourist about the violation of the no-fly zone in Rome.

Italian authorities and locals are furious every time when careless tourists damage local attractions and cultural monuments: they carve their names on walls and fountains with coins, climb historical monuments where the entrance is closed, “fly” on drones without having to resolution, – all for the sake of successful videos and photos. In this regard, local officials had grandiose plans a few years ago to replace selfie tourism with so-called slow tourism, aimed at more discerning travelers who hold a guidebook in their hands, not a selfie stick. However, the plan of the authorities does not seem to work so far: earlier in 2020, a Polish tourist crashed his drone right inside the Colosseum in Rome, and last week two Mexican tourists lost control of the drone and the drone crashed into the Leaning Tower of Pisa.

For those who care about a healthy lifestyle, we recommend reading: “The hepatologist said how much alcohol can be consumed without harm to health.”