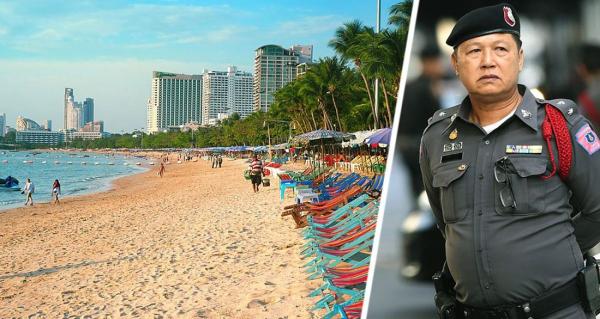 A foreign tourist was found on the street of a popular resort town in Thailand with several serious injuries to various parts of his body. According to eyewitnesses, he bled to death after a nighttime fight with the restaurant's security guards. It is not known whether the victim is Russian. Thai media reported about the emergency.

The incident took place in Pattaya. Witnesses found the man lying on the ground in the middle of Pratumnak Soi 5, where the market is located. The quarrel allegedly took place at night in front of one of the local restaurants. The name of the establishment has not been released until law enforcement officials provide the media with more details about the incident. The reasons for the conflict were also not reported.

While eyewitnesses were waiting for the arrival of emergency rescue services, the man showed no signs of life. Now the police have to establish his identity. He is said to be about 50 years old. More details will be announced by the parish authorities at a later date.

Two weeks ago, a similar incident occurred in a restaurant in Pattaya. Several security guards attacked a foreign tourist, allegedly because he refused to pay the bill and tried to run away. Witnesses told police that the guards chased the foreigner, got into an argument with him, and then a fight broke out. The man fell to the ground and hit his head.

For those who care about a healthy lifestyle, we recommend reading: “The doctor named two miracle substances in seeds.”