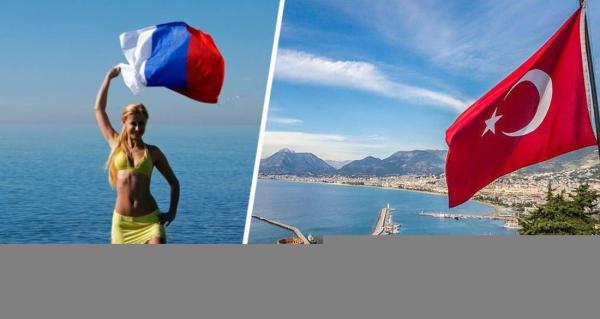 “On the one hand, Turkey acts as an intermediary and supports Ukraine with important steps, and on the other hand, we see, for example, the preparation of tourist routes at the same time. Especially for Russian tourism. We see it too. And I, as president, must say that this is impossible if we want to have friendly relations,” Mr. Zelensky said.

He further added that “these are double standards.” “That is why I draw Turkey's attention to this, I believe that this cannot be, because you have to make a choice – are you for the truth or not,” the Ukrainian president added.

The Turkish authorities, in turn, comment the situation with Russian tourists as follows – “in Turkey, there is no negative situation around tourists from Russia.” This was stated by Turkish President Tayyip Erdogan. “Putin is sensitive to these issues, he stated that he would provide all necessary support,” the Turkish president added. It was also clarified that Russia is still among the top five in the growth of tourist flow to Turkey.

For those who care about a healthy lifestyle, we recommend reading: “Scientists have established the optimal number of hours of sleep for middle-aged and elderly people '.