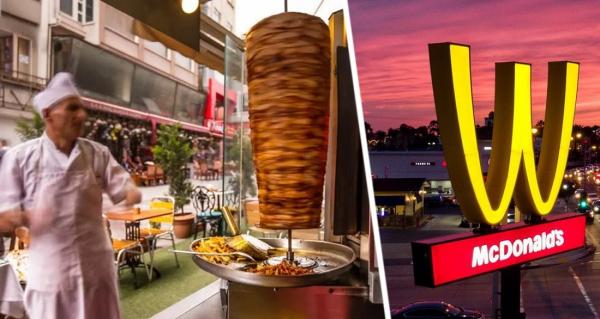 “A holy place is never empty” – and perhaps soon, instead of the usual, but toxic because of the Sanya “McDonald's” and “KFC”, Russian tourists when traveling in Russia will eat Turkish fast food, the most famous dishes of which are fried chicken doner (shawarma). At least Turkish restaurant companies are already actively taking the initiative.

N.B. By the way, on this topic, you will be interested in the material “In which countries a tourist cannot find McDonald's.”

So, as Bulat Shakirov, head of the Union of Shopping Centers, told Izvestia, the owners of Russian shopping centers – by the way, in this business, “investment” of Turkish capital is not uncommon, but a mass trend – began negotiations with the Turkish fast food chain Chitir Chicken. The network is developing in 17 countries of the world and is ready to consider work in Russia.

“The first stage, as the parties are discussing, could be the launch of 5-10 own Chitir Chicken establishments. For the future, the creation of a network of franchisee partners with 500-600 restaurants is estimated,” the expert said. It is logical to start the network in Moscow, St. Petersburg, as well as million-plus cities, including Kazan, Volgograd, Samara and Yekaterinburg.

“One of the main advantages of the network is working with Turkish equipment, which is not dependent on sanctions and has not significantly increased in price. As early as next week, representatives of Chitir Chicken and managers of Russian shopping centers can sign cooperation agreements, as well as lease contracts. The company will need about three to four weeks to repair premises in the Russian Federation and to import everything necessary to start work,” said Mr. Shakirov.

He also added that Turkish fast food will be given a “green light” by the Trade Union centers and the Russian Union of Industrialists and Entrepreneurs – they are ready to submit for discussion in the Ministry of Industry and Trade the issue of state support for a Turkish company in Russia. In particular, it may be the establishment of preferential customs duties and loans for opening a shopping center for a new partner, as well as the allocation of grants.

At the moment, the Chitir Chicken network operates, as already mentioned, in 17 countries, including neighboring Kazakhstan. Judging by the assortment, they are ready to replace both McDonald's and KFC; the assortment includes both a variety of burgers and chicken products. The “hamburger index”, however, is not budgetary – in translation into Russian money, the cost of an ordinary burger is about 230 rubles.

For those who care about a healthy lifestyle, we recommend reading: “The expert told how to get rid of a beer belly, while drinking beer.”