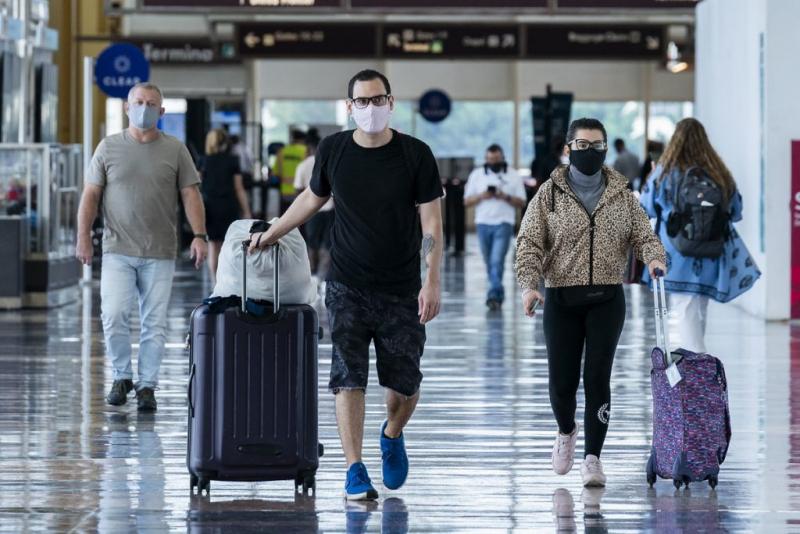 A growing number of travelers are (literally) letting their guard down, but don’t expect the Transportation Security Administration to show any leniency towards maskless flyers.

The U.S. Transportation Security Administration (TSA) has proposed $644,398 in fines for 922 Covid-19 mask violators since February 2021 on commercial flights, in airports and train stations or on public transit services, the government reported on Monday, a dramatic jump in recent months.

According to the government report, all but 44 of the TSA fines were for failing to wear masks as required on airplanes or, less often, in airports. The rest covered unmasked passengers in surface transportation like transit, rail and bus.

The agency said it has also issued warnings to more than 2,700 travelers after more than 7,000 reported incidents since the transit mask requirements took effect.

In late October, TSA said it had proposed $85,990 in fines for 190 mask violators and issued warnings to more than 2,200. Last week, TSA said it was extending mask requirements at airports and on airplanes through April 18.

Since the start of 2021, the Federal Aviation Administration (FAA) has investigated reports of 6,800 unruly airplane passengers including about 4,800 for not wearing masks. It has opened 450 investigations and proposed more than $5 million in fines.

The TSA has issued 18 civil penalties for not wearing masks at airport checkpoints totaling $57,065 or $3,170 on average, and 160 others at airports totaling $57,795, the Government Accountability Office (GAO) report said. Another 44 have been issued for surface transportation incidents totaling $28,150.

Last year, two U.S. lawmakers in the House of Representatives disclosed TSA had issued just $2,350 in total fines to 10 passengers through mid-September, despite thousands of reports of travelers failing to comply.

TSA in November issued an information circular for aviation transportation operators detailing type of information “needed for an investigation and best practices for obtaining information, such as from witnesses to incidents,” the GAO said.

This article was written by David Shepardson from Reuters and was legally licensed through the Industry Dive Content Marketplace. Please direct all licensing questions to [email protected].