July 7 2022 President of the Russian Federation, Chairman of the Supervisory Board of the Platform Russia is a Land of Opportunities» Vladimir Putin met in the Kremlin with the winners of the fourth season of the leadership competition “Leaders of Russia”. The head of state discussed the preservation and promotion of historical and cultural heritage with Roman Bogatyrev from Orel and supported his idea of ​​developing volunteer tourism.

The winner of the first and second seasons of the “Masters of Hospitality” competition, the winner of the fourth season of the Leaders of Russia management competition (track “Culture”), the historical editor of the Russian society “Knowledge”, deputy chairman of the Council of the Oryol branch of the All-Russian Protection Society, came from Orel to a meeting in the Kremlin Roman Bogatyrev. On behalf of cultural volunteers, he proposed to Vladimir Putin the idea of ​​developing volunteer tourism in the country aimed at preserving the historical and cultural heritage. 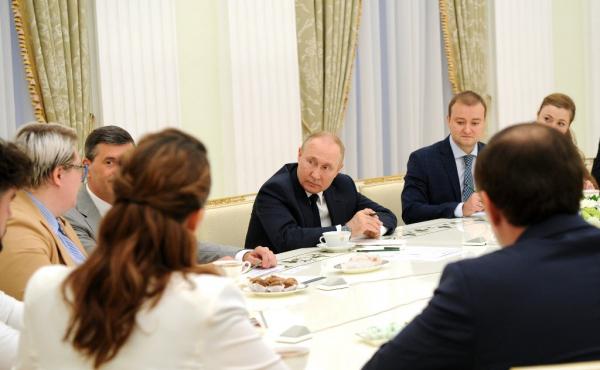 “You can start, for example, with volunteer expeditions to digitize cultural heritage sites and communicate with representatives of local culture in order to form a single illustrated catalog of our country's heritage. Moreover, it is very important in such a year – The Year of the Heritage of the Peoples of Russia.It is important that initiative guys, getting to know their country, help to restore, preserve and promote the heritage and cultural features that our regions are rich in. There are more than 240,000 such active guys in our cultural volunteers, – said Roman Bogatyrev. – You yourself once very accurately noted that it is necessary to form such a cultural environment, such values ​​that would be based on our history, traditions, unite generations, and contribute to the consolidation of the nation. Cultural heritage is the most important resource that can create the national idea of ​​our state, preventing us from forgetting the exploits and achievements of our ancestors.”

Roman Bogatyrev said that between the final of the track “Culture” and the super final competition “Leaders of Russia” managed to defend his thesis, became a co-author of three scientific monographs, and also changed jobs: now he is the historical editor of the Russian society “Knowledge”.

When asked by Vladimir Putin about the area in which he would like to develop further, Roman Bogatyrev replied that he was ready to work where his experience would be most in demand. “Ready to work where I'm useful. I would happily move around the country, anywhere. I would like to weave culture into the national idea so that it becomes the foundation for the development of society. The main thing is not to let our history be misrepresented”, – believes Roman Bogatyrev.

Russian President Vladimir Putin replied to Roman that the story must be true, and wished him good luck in further work. 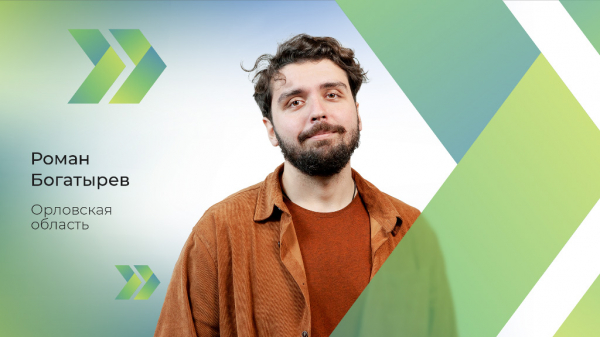 Roman Bogatyrev's participation in the projects of the presidential platform “Russia – the Land of Opportunities” began with the professional competition “Masters of Hospitality”, where the young man won twice: and my colleagues from the competition in the field of tourism – “Masters of Hospitality”. Many of them participated in Leaders of Russia, spoke about the strength of the professional community, the prospects and opportunities that open up after the competition. I decided to take a chance and try my hand.”

In the first season, the Master of Hospitality won with the historical, cultural and educational project “To embrace the immensity: Oryol province.” Within the framework of the project, a regional guide of sights was formed and new tourist routes were created throughout the region. In addition, the project has become a practical platform for students of specialized areas, where they receive practical skills for working in the field of tourism and excursion activities. In the second season, Roman defended the inclusive voluntary project “One History for All” to organize affordable travel for special tourists. The contest experts highly appreciated the idea of ​​the contestant to form a methodology for excursion services for people with disabilities, people with limited mobility, and to create specialized elements for conducting tactile excursions.

After winning the competition, Roman became the Ambassador of Hospitality – the ambassador of the “Masters of Hospitality” project in the Oryol region, in which the young man creates a regional community of caring and enthusiastic people who want to explore the hospitality industry not only from the tourist side.

Roman Bogatyrev was born in 1994. In 2018 he graduated from the Oryol State Institute of Culture, in 2021 – from the Moscow State Regional University. In addition, he defended his Ph.D. thesis and graduated from the Skolkovo School of Management. Actively involved in social activities: Chairman of the Public Advisory Council of Youth of the Oryol Region, Secretary of the Public Council under the Administration of the Governor and the Chairman of the Government of the Oryol Region, member of the Federal Council of the Volunteers of Culture.

Participants of the meeting with the President of Russia, Chairman of the Supervisory Board 15 winners of the fourth season of the Leaders of Russia contest became Vladimir Putin. The managers told the head of state about their professional activities, public initiatives and projects, as well as how the flagship competition of the platform “Russia – the Land of Opportunities” changed their lives.